In the late 1990s and early 2000s, South Africa’ elite corruption busting units such as the Heath Commission and the National Directorate of Public Prosecutions investigated and successfully prosecuted a range of top level figures in the country’s ruling African National Congress.  Public perceptions of corruption as measured in the 2002 and 2004 Afrobarometer surveys then fell rapidly from the very high levels measured between 1995 and 2000.  However, the combined effect of the revelations from the trial of ANC confidante Schabir Shaik, the impending corruption trial of the former Deputy President Jacob Zuma, and a myriad of allegations about irregularities in tenders and hiring in local councils appear to have re-awakened South Africans’ cynicism about government corruption.  At the same time, it appears that South Africa’s Members of Parliament seem to have dodged any increased public disenchantment over the continuing “Travelgate” scandal. 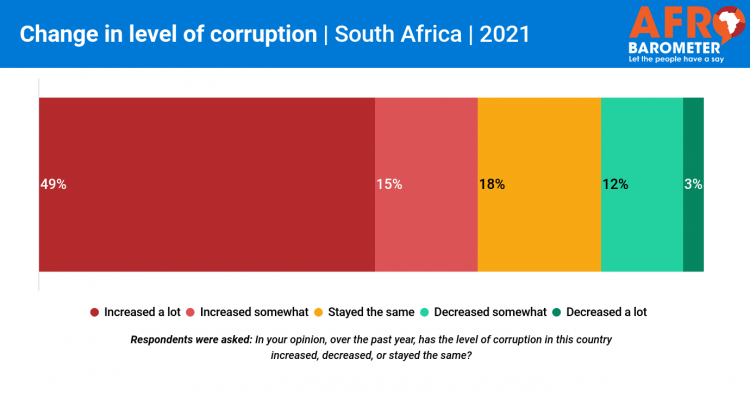