Poverty continues to be a major challenge in Swaziland, exacerbated by the HIV/AIDS epidemic. Almost two-thirds (63%) of the Swazi population were living in severe poverty in 2012 (Ministry of Economic Planning and Development, 2012). The 2012 Human Development Index (HDI) reported that in 2007, 40% of the population were surviving on food aid from the United Nations (UNDP, 2012), and the International Fund for Agricultural Development (IFAD) reported that 66% of the population were unable to meet basic food needs while 43% were living in chronic poverty (IFAD, 2007). The government of the Kingdom of Swaziland’s 2000 Poverty Reduction Strategy and Action Plan (PRSAP) aimed to reduce the prevalence of poverty from 69% in 2001 to 30% by 2015 and to eliminate it altogether by 2022. The PRSAP also aimed to raise the quality of life of all people in Swaziland to levels outlined in the National Development Strategy and to encourage citizens to participate in the growth of their country (Ministry of Economic Planning and Development, 2000). 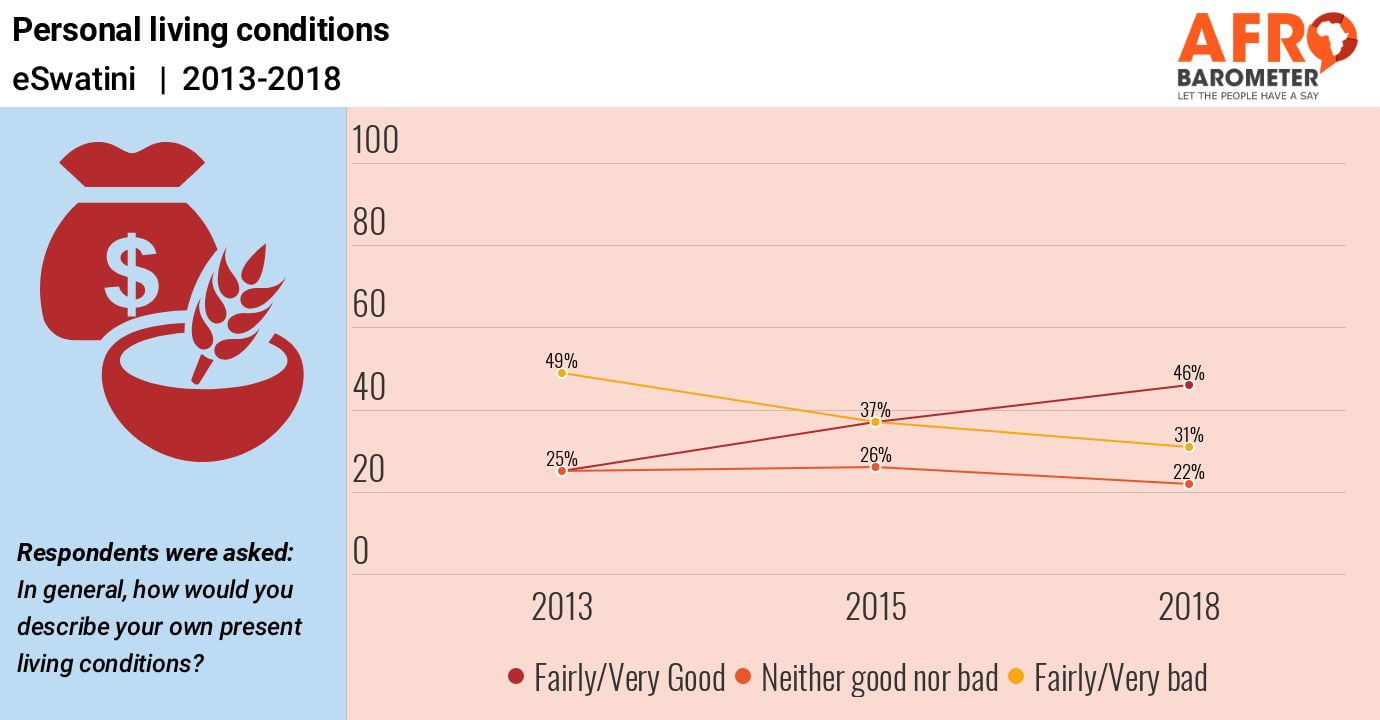