Despite the socio-political and economic achievements of Mauritius, there is a palpable feeling that the benefits of development have not been evenly distributed among residents of the country’s two main islands, Mauritius and Rodrigues. While citizens of the main island of Mauritius have benefitted from the economic growth of recent years, the economy on the island of Rodrigues continues to be heavily reliant on agriculture, fishing and a small tourism industry. As a result, Rodriguans have not gained as much from recent economic achievements as much as their counterparts on the Island of Mauritius. Rodrigues also face severe climatic conditions such as frequent shortage of rainfall and more frequent cyclones which have had a negative impact on the island’s agrarian economy. Given this contrasting background, this bulletin offers an analysis of how Mauritian citizens on the two islands assess the country’s economic management and their own living conditions. 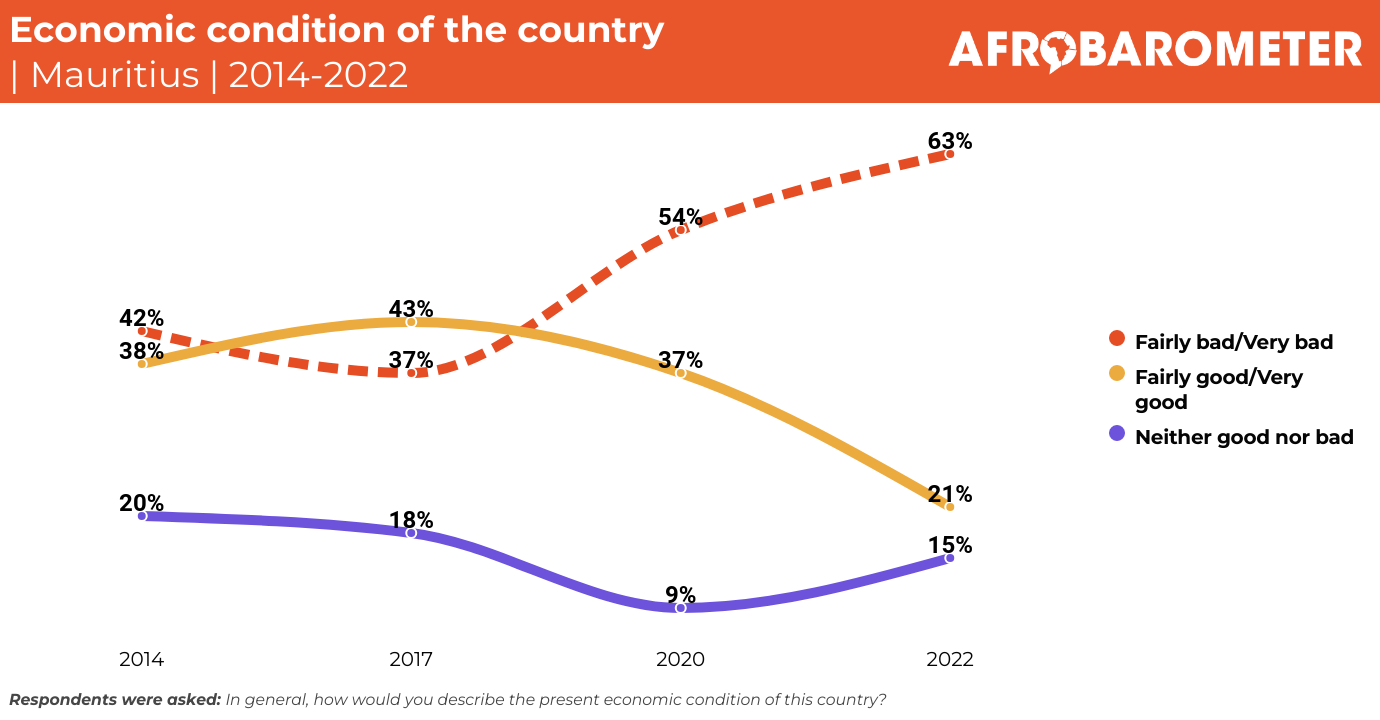