Corruption is a growing concern in South Africa. Cases of alleged corruption of government officials are detailed in the news media on a regular basis, and include allegations targeted at the highest levels of government.The Afrobarometer survey has been tracking public attitudes towards corruption since 2000. This bulletin outlines relevant results from the Afrobarometer survey (Round 5), conducted between October and November 2011 in South Africa, and compares them to findings from several previous surveys. The aim of this paper is to present data for discussion amongst key stakeholders; interpretations are, for the most part, left to the users. We begin with data on the importance of corruption on the public agenda in South Africa. Next, perceived levels of corruption amongst various government officials and representatives are detailed. This is contrasted with data on the reality of corruption by comparing it to the frequency of bribery. The bulletin concludes with data on the roles of government and media in the fight against corruption. 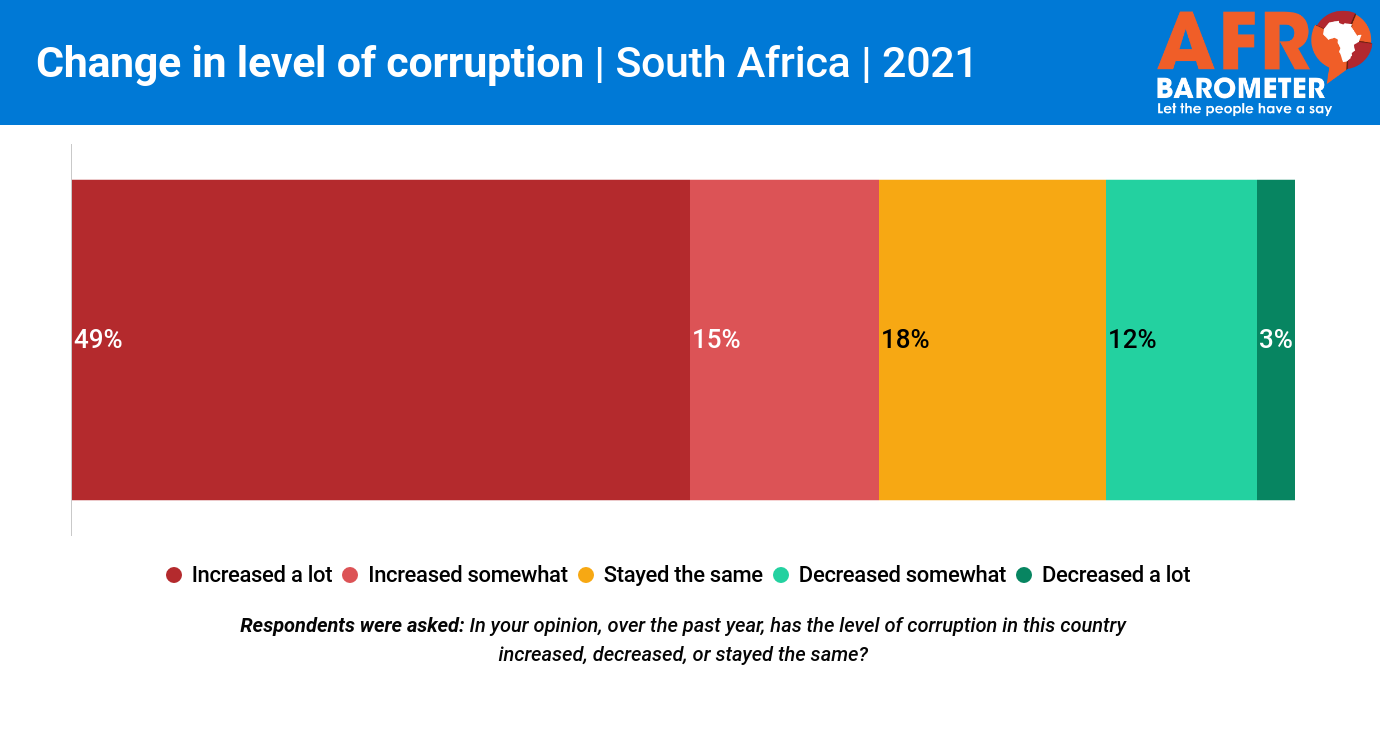