Considering the barrage of bad economic news to which South Africans have been subjected, perhaps the most remarkable aspect of 2015 Afrobarometer survey findings on the economy is that on a personal level, citizens seem to be doing slightly better.

To be sure, South Africans are increasingly pessimistic about their national economy: Compared to 2011, more citizens say the country’s economic situation is bad, conditions are worse than a year ago and not likely to improve over the next 12 months, and the country is headed in the wrong direction.

This will hardly surprise anyone who reads the headlines: Economic growth has fallen far short of national and World Bank projections, dropping to 1.3% in 2015 and a projected 0.9% in 2016 (National Planning Commission, 2013; Statistics South Africa, 2016). Unemployment is averaging 25%, and an estimated 4.5% of the work force is absent on any given day (South African Business Integrator, 2016). After last year’s load-shedding and with ongoing drought, electricity and food prices are up. China’s demand for South African goods is down, as are commodities prices, the rand, and investor confidence.

While public opinion data from the 2015 Afrobarometer survey confirm South Africans’ increasingly pessimistic views at the national level, they also reveal modest improvements in the proportion of citizens who say their personal living conditions are bad and the proportion who had to go without basic necessities such as food, clean water, medical care, cooking fuel, and a cash income.

Still, two-thirds South Africans say the government has performed poorly in managing the economy – a concern for lawmakers facing local elections in August 2016.

Anthony Wafula is Afrobarometer communications coordinator for the East Africa region at the Institute for Development Studies, University of Nairobi 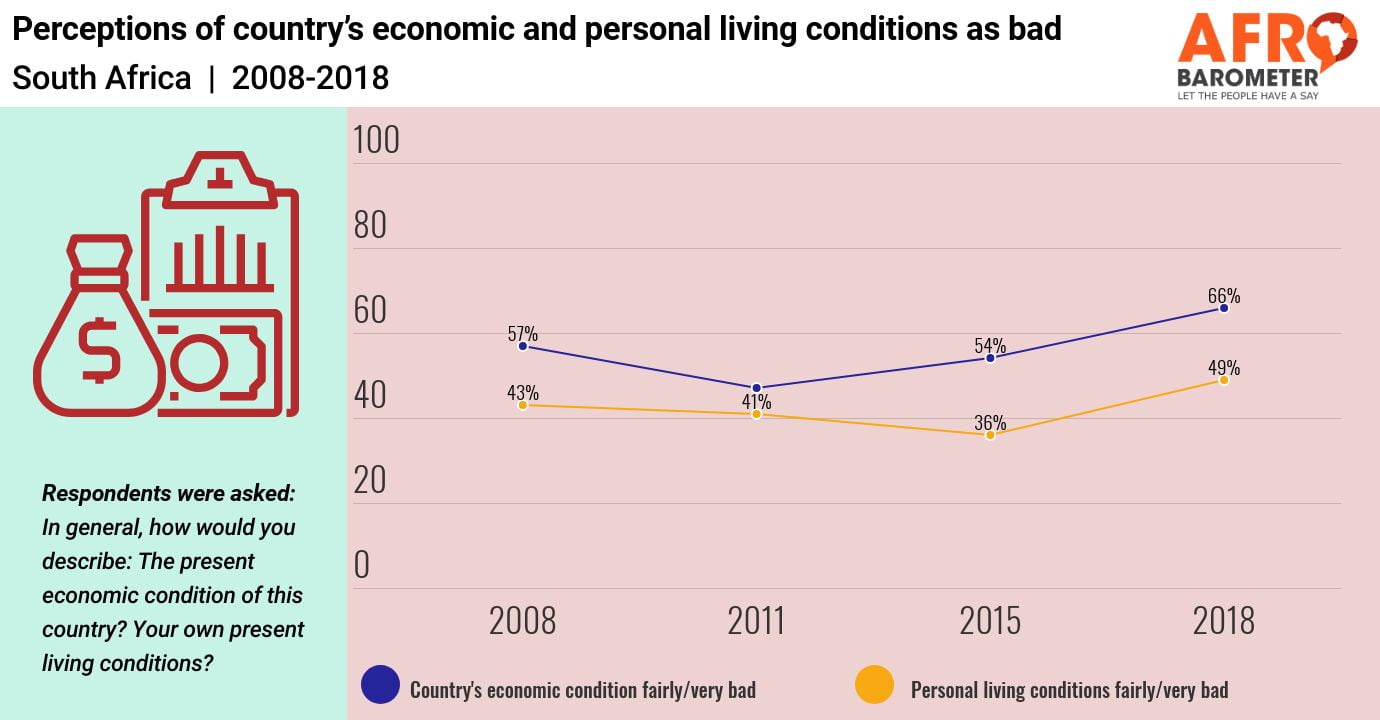 Dispatch
AD280: Lived poverty on the rise, economic assessments on a slide in South Africa
5 Mar 2019