Uganda’s widespread corruption is highlighted in the country’s poor ranking (139th out of 167 countries) in the Corruption Perceptions Index as well as in the recent Africa edition of the Global Corruption Barometer (Transparency International, 2015a, b). Pernicious effects stretch from substandard public services through elections and the judiciary to stunted economic development. In 2012, four in 10 respondents (41%) in an Afrobarometer survey reported that they had been offered money or a gift in return for their votes during the 2011 elections. In petitioning Parliament last year to appoint a commission of inquiry, retired Supreme Court Judge Justice George Kanyeihamba said, “There is evidence of inefficiency, incompetence, and corruption in the judiciary and unethical conduct by members of the bar” (Parliament of Uganda, 2015). The Black Monday Movement, a coalition of anti-corruption civil society organisations, estimates that between 2000 and 2014, the government lost more than Shs. 24 trillion to corruption – enough to finance the country’s 2015/2016 budget (ActionAid Uganda, 2015).

The government’s strategies to fight corruption include the National Anti-Corruption Strategy (NACS), the Anti-Corruption Act, and the establishment of a specialized anti-corruption court within the judiciary. Internationally, Uganda has been a signatory of the United Nations Convention against Corruption (UNCAC) as well as the African Union Convention on Preventing and Combating Corruption since 2004.

These efforts may be reflected in modest improvements in the public’s perceptions of corruption in the Office of the Presidency and of the government’s performance in fighting corruption, according to Afrobarometer’s 2015 survey in Uganda. Nonetheless, more than two-thirds of Ugandans say that corruption increased during the past year. Perhaps most importantly, less than half of Ugandans believe that ordinary citizens can make a difference in the fight against corruption. 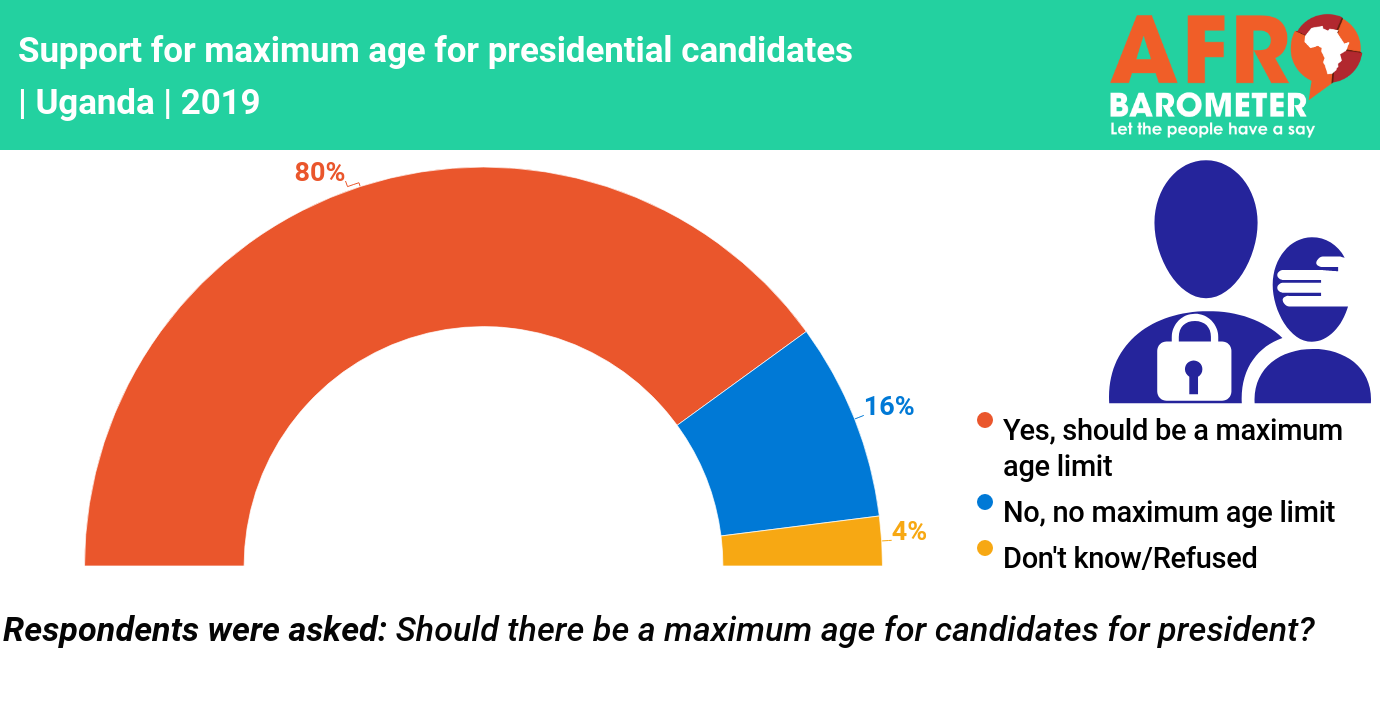