Twenty-one years after the African National Congress came to power in South Africa’s transition to democratic institutions and rules, a majority of South Africans would support the creation of a workers’ party to contest elections and fight for workers’ rights, according to findings of the latest Afrobarometer survey.

This level of public support for a new labour/workers’ party comes as a surprise given the ANC’s centre-left “tripartite alliance” with the Congress of South African Trade Unions (COSATU) and the South African Communist Party (SACP), which professes to fight for the poor and working classes. It also seems to give credence to calls by the National Union of Metalworkers of South Africa (NUMSA) for a “united front” to lead the establishment of a political party that would better represent working-class interests than the ANC-led alliance (Cloete, 2014).

Academics Webster and Orkin (2014) argue that the existence of a large industrial working class, an independent trade union movement, and strong civil society organisations could augur well for the survival of a workers’ party in South Africa. To support their argument, they point to a 2014 Ipsos survey finding that one-third of adult South Africans believed that “a new political party, a workers’ or labour party, will assist with current problems facing SA.”

In addition to support for a workers’ party, the Afrobarometer survey found that a majority of South Africans believe that COSATU leaders are more concerned about political power than about workers’ interests. Summary of results
The experience of poverty in South Africa: A summary of Afrobarometer indicators (2000-2011)
31 Jan 2013 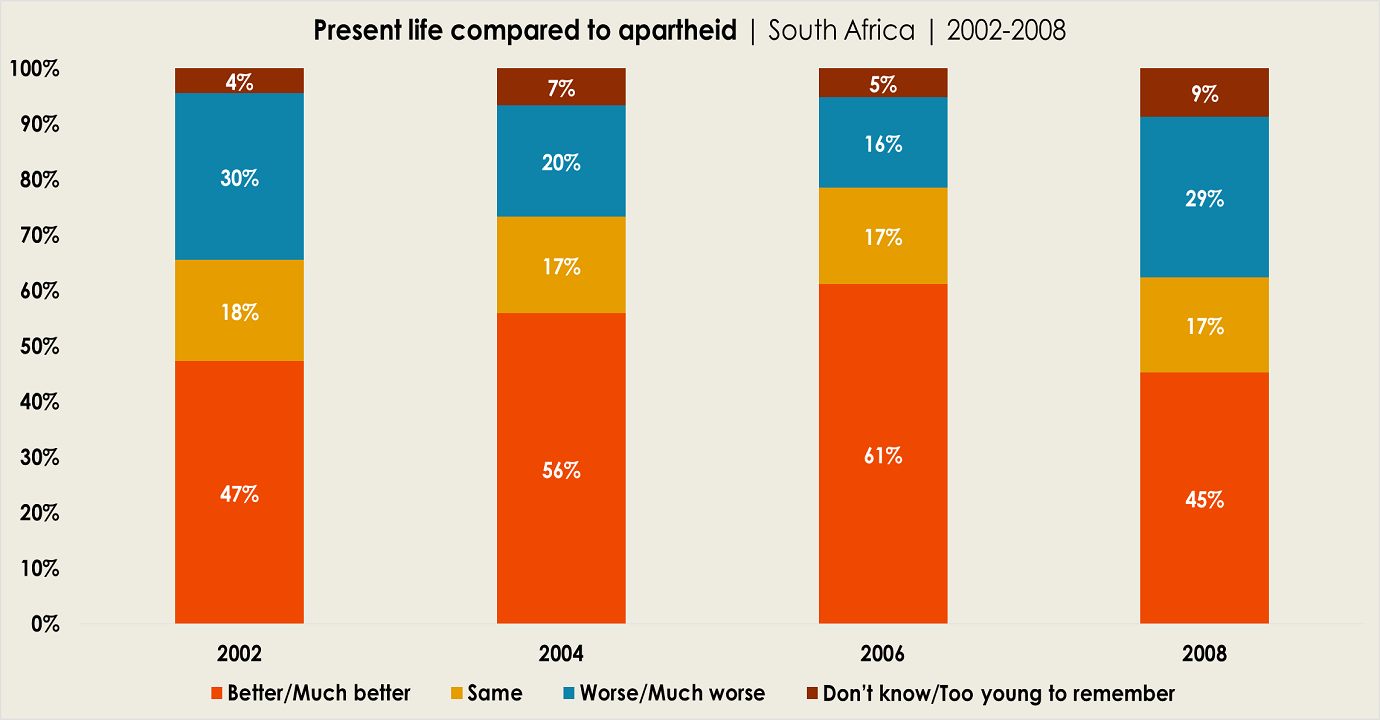