Seven of 10 Zimbabweans consider it the duty of every citizen not only to vote in elections but also to participate in national and community affairs between elections, the latest Afrobarometer survey shows.

Yet most Zimbabweans never engage with their elected leaders to discuss important problems or share their views; on this indicator, citizen engagement is at its lowest level in a decade. Similarly, a majority do not contact non-elected leaders such as government officials and traditional and religious leaders. Few are active in voluntary or community organisations, and even fewer participate in individual or group action to raise an important issue or express dissatisfaction with the government. Urban residents are particularly disengaged, and women are generally less likely to engage than men.

One contributing factor to low levels of engagement may be the widespread public perception that members of Parliament (MPs) and local government councillors “never” or “only sometimes” try to listen to citizens. 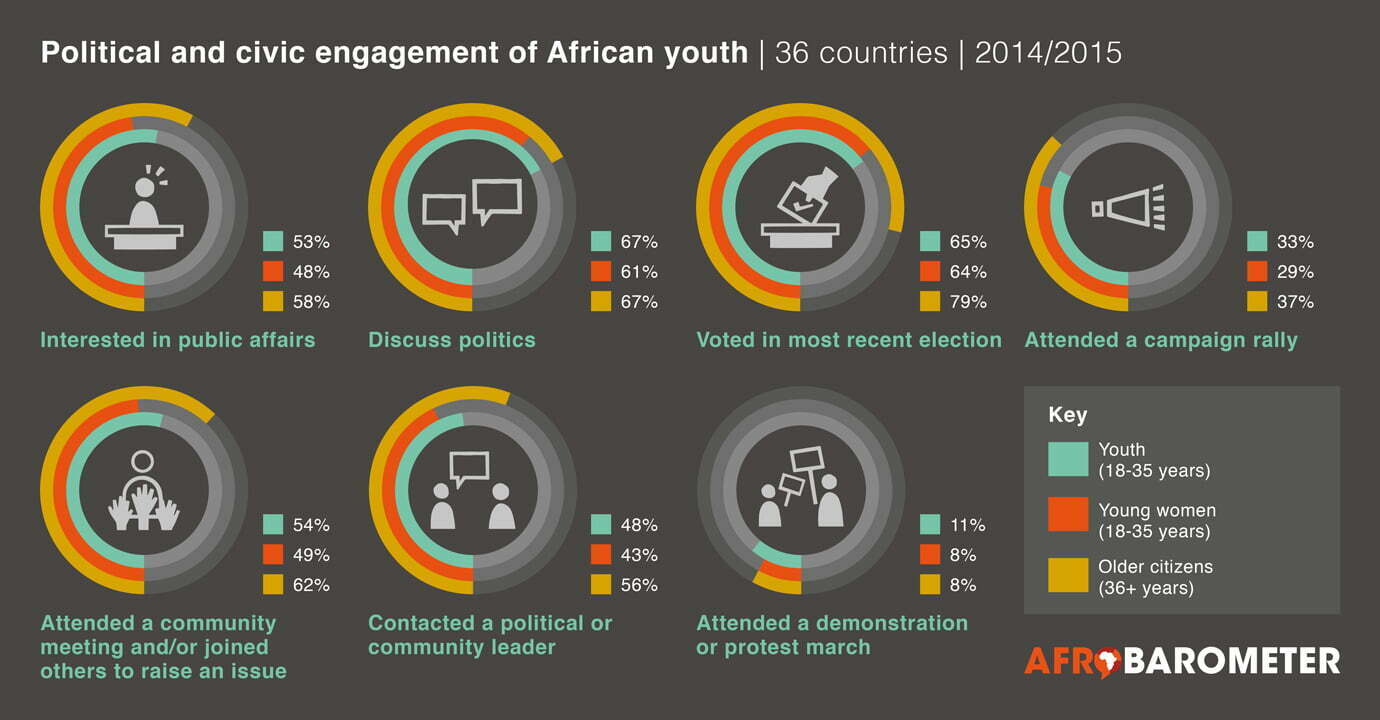