The African National Congress (ANC) has won every national election since South Africa’s transition to universal suffrage in 1994. But while the ANC’s victory in 2014 – its fifth in a row – confirmed the party’s electoral dominance, its share of the vote declined from 66% in 2009 to 62%. New public opinion data from Afrobarometer indicate that the party’s leader, President Jacob Zuma, has lost significant citizen support since 2011.

The 2015 data show significant declines in citizens’ evaluations of government performance on key indicators and general dissatisfaction with political leaders’ performance, particularly the president’s (see dispatch No. 64 and dispatch No. 65). Public disapproval of the president’s performance and perceptions of corruption in the Presidency are at their highest levels since Afrobarometer conducted its first survey in South Africa in 2000. Furthermore, South Africans’ trust in President Zuma dropped by almost half over the past four years, and a majority of citizens believe that he routinely ignores both the legislature and the judiciary. Although negative evaluations are lower among the ANC’s traditional support base, a majority of black South Africans disapprove of his performance in the past year and say they trust him “just a little” or “not at all.”

President Zuma has been a controversial political figure for a long time, and even self-identified ANC supporters are divided on whether they trust him. These results indicate that while a majority of South Africans continue to support the ANC, a great deal of work needs to be done to restore confidence in its leader. 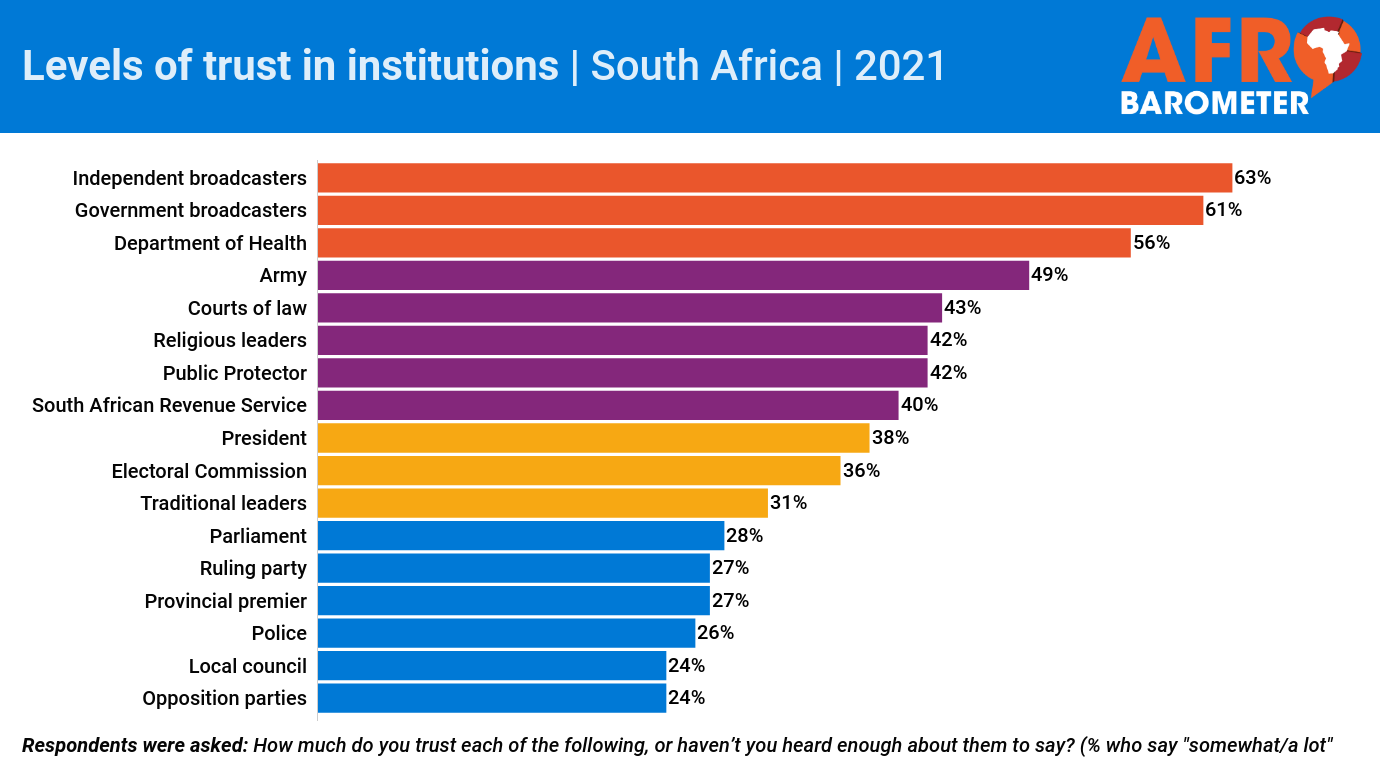 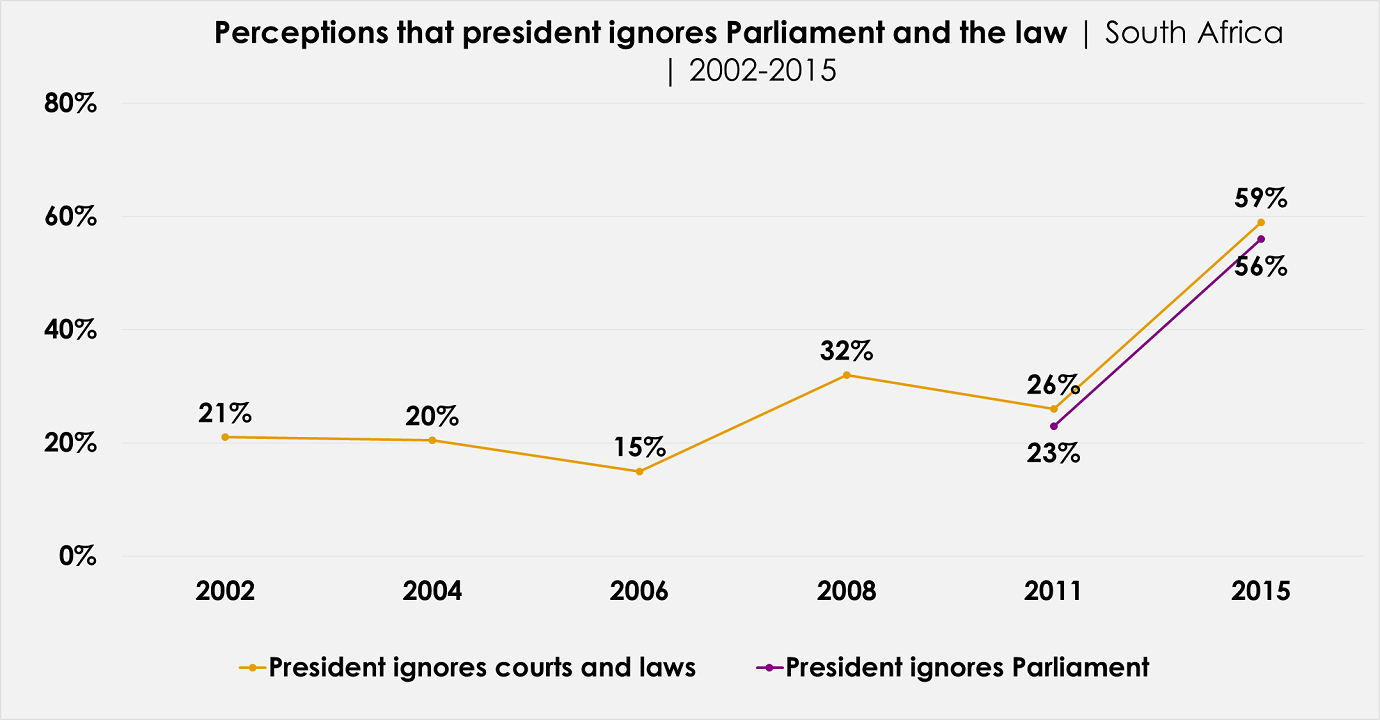