In 1990, Ghana became the first country in the world to ratify the UN Convention on the Rights of the Child. A generation later, the country has a full legal and policy arsenal designed to protect children from all forms of violence and neglect, ranging from the Children’s Act (1998) and Child and Family Welfare Policy (2015) to the Justice for Children Policy (2015) and the Cybersecurity Act (2020).

But the country faces persistent challenges to the welfare of its children. While citing progress on birth registration and school enrolment, UNICEF (2021) reports that nearly one-fifth of Ghanaian children are victims of severe physical punishment, and the same proportion are engaged in child labour. Close to nine out of 10 suffer psychological aggression, and about three out of four children are considered “multidimensionally poor,” meaning they are deprived in multiple aspects of child well-being (e.g. nutrition, health, child protection, etc.)

And inadequate funding prevents local Department of Social Welfare and Community Development staff from fully meeting their charge of providing services to those who are vulnerable and have suffered from abuse, neglect, or exploitation; in 2019, only three of 16 regions had more than half of the minimum required staff (UNICEF, 2020).

This dispatch reports on a special survey module included in the Afrobarometer Round 9 (2021/2023) questionnaire to explore Africans’ attitudes and perceptions related to child welfare.

In Ghana, survey findings show that while a majority of Ghanaians support the use of physical force to discipline children, opposition to this practice has increased significantly since 2016.

Most citizens say child abuse and neglect are infrequent problems in their community. But fewer than half say that support services are available in their community for abused or neglected children, for children with disability, and for children and adults with mental or emotional problems. And a majority of Ghanaians are not satisfied with the government’s performance on child welfare. Poor citizens are particularly unlikely to say that help is available and that the government is doing a good job of protecting and promoting the well-being of vulnerable children.

Gildfred Boateng Asiamah is a research analyst at the Ghana Center for Democratic<br /> Development (CDD-Ghana). 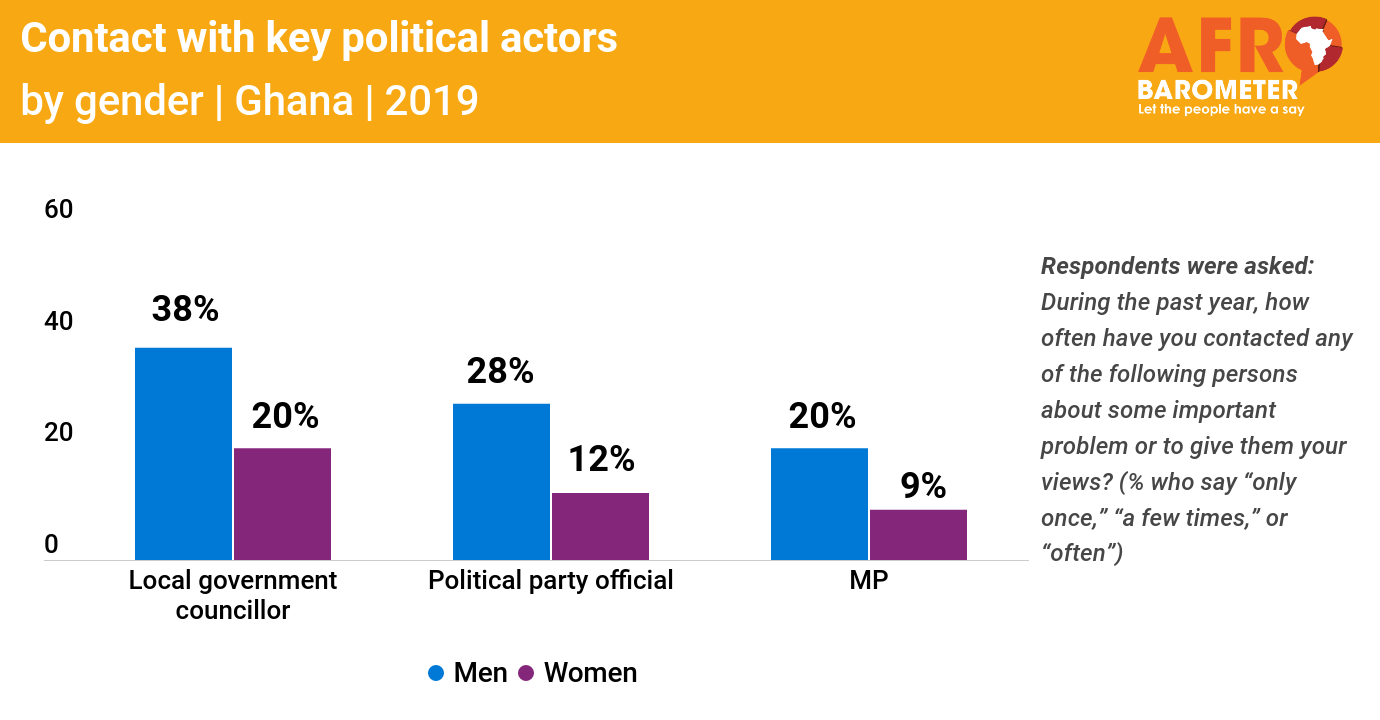 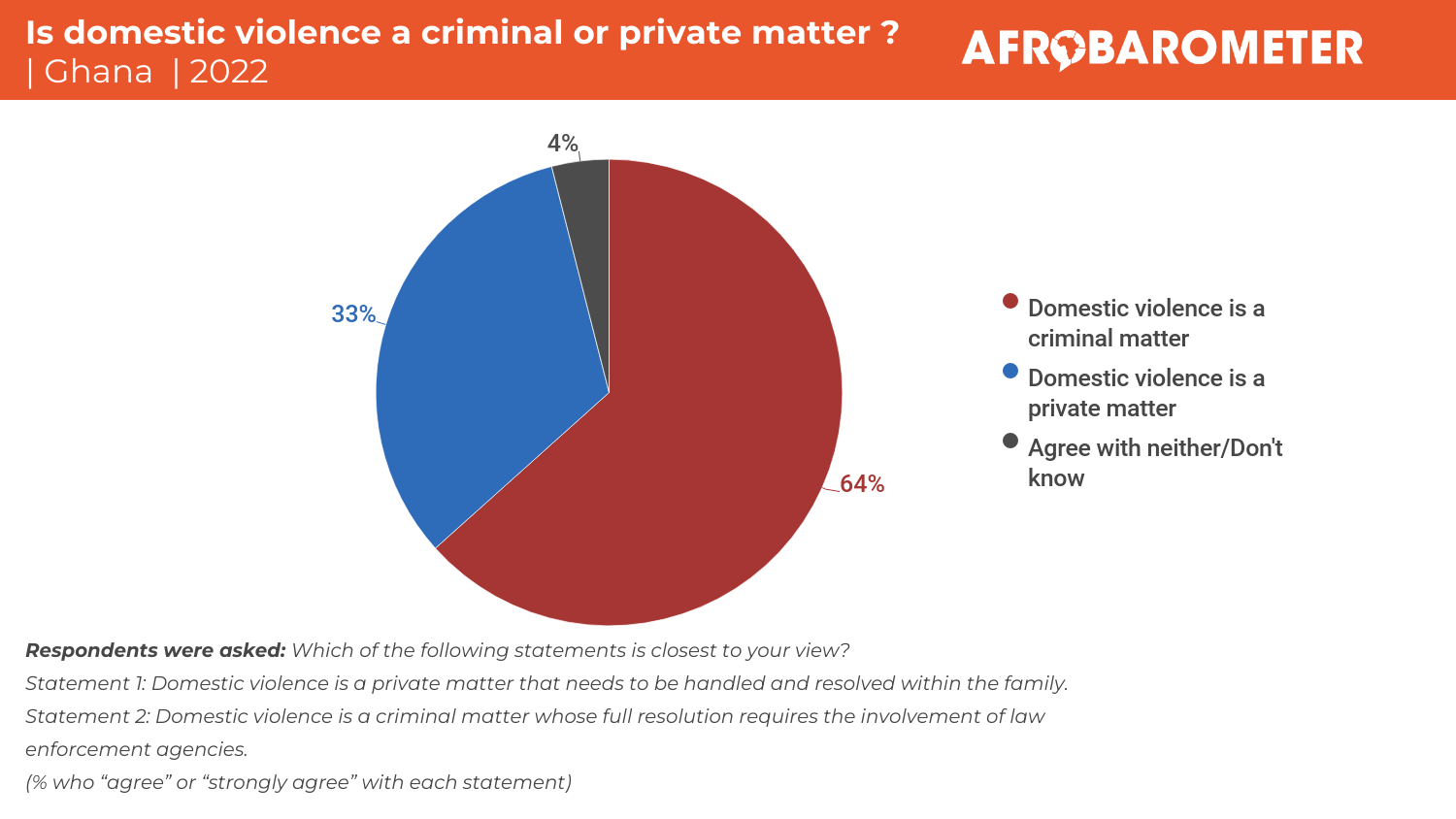