The government’s efforts to contain the pandemic included restricting entry into Angola by people from countries with high rates of COVID-19 infection and declaring states of emergency and calamity with partial lockdowns. Security forces charged with enforcing lockdown restrictions were accused of numerous human rights abuses, including killings and arbitrary arrests (Human Rights Watch, 2020). The case of Silvio Dala, a young doctor who died in police custody after being stopped for not wearing a mask in his car, led to widespread protests against police violence (Hossi & Anderson, 2020).

To mitigate the pandemic’s economic impacts, the government provided cash transfers, food, and health products for some households and capital and credit for businesses (UNCTAD, 2021). But critics complained about political partisanship and a lack of transparency in the distribution of government assistance (Amnesty International, 2020).

Angola was the first country in East and Southern Africa to receive COVID-19 vaccines through the COVAX initiative (IOL, 2021) and began rolling out a vaccination campaign in early March 2021. As of January 2023, more than 15 million Angolans (46% of the population) had received at least one dose of a COVID-19 vaccine.

Findings from the latest Afrobarometer survey, in early 2022, show that one-fourth of households lost a primary source of income because of the pandemic, but only about half as many received relief assistance from the government.

Overall, a majority of Angolans approved of the government’s handling of the pandemic, but many criticised its provision of relief assistance and said resources intended for the COVID-19 response were lost to corruption. Most respondents said they had received a COVID-19 vaccine or were likely to do so.

David Boio is the co-national investigator for Angola. 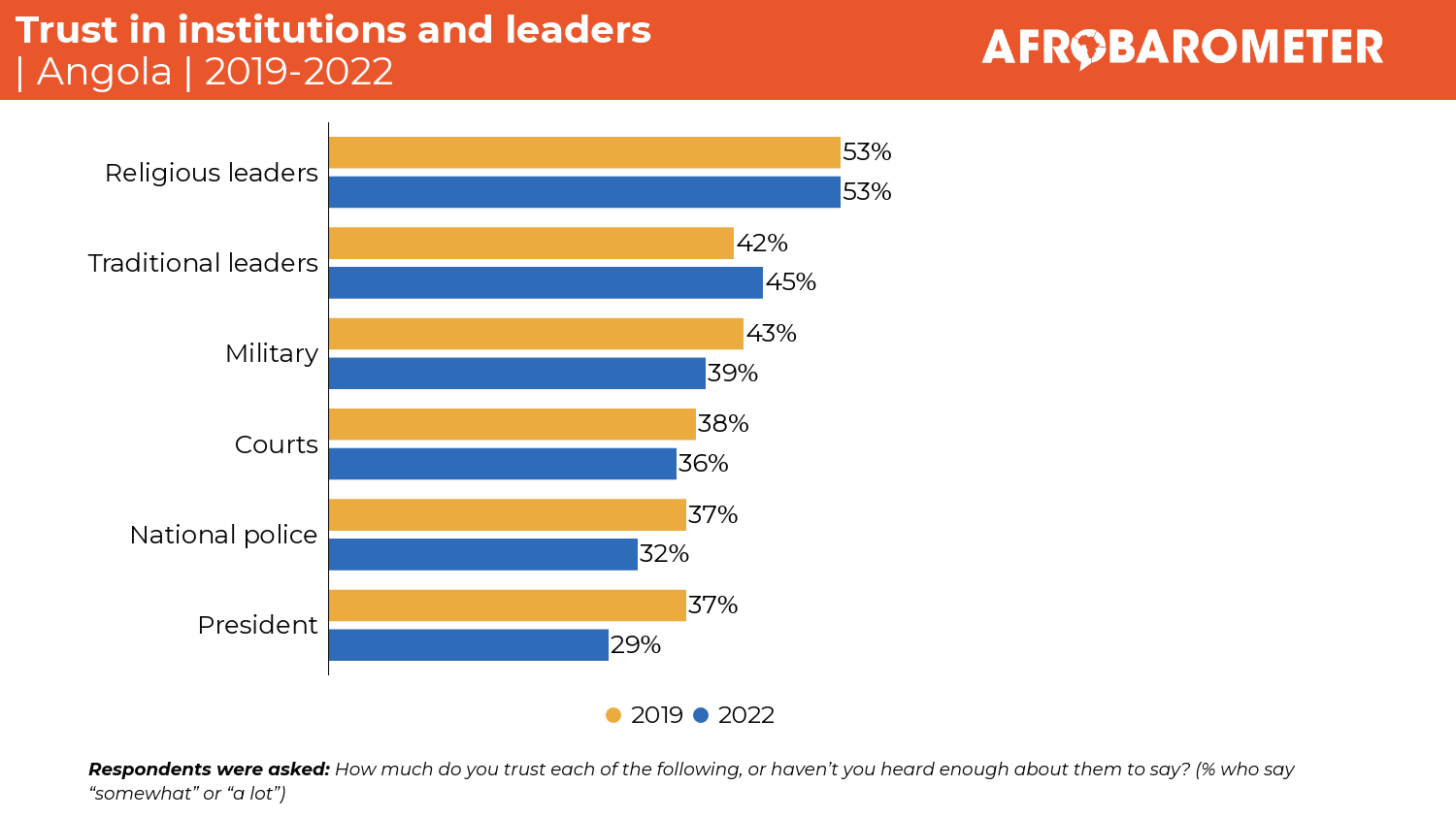 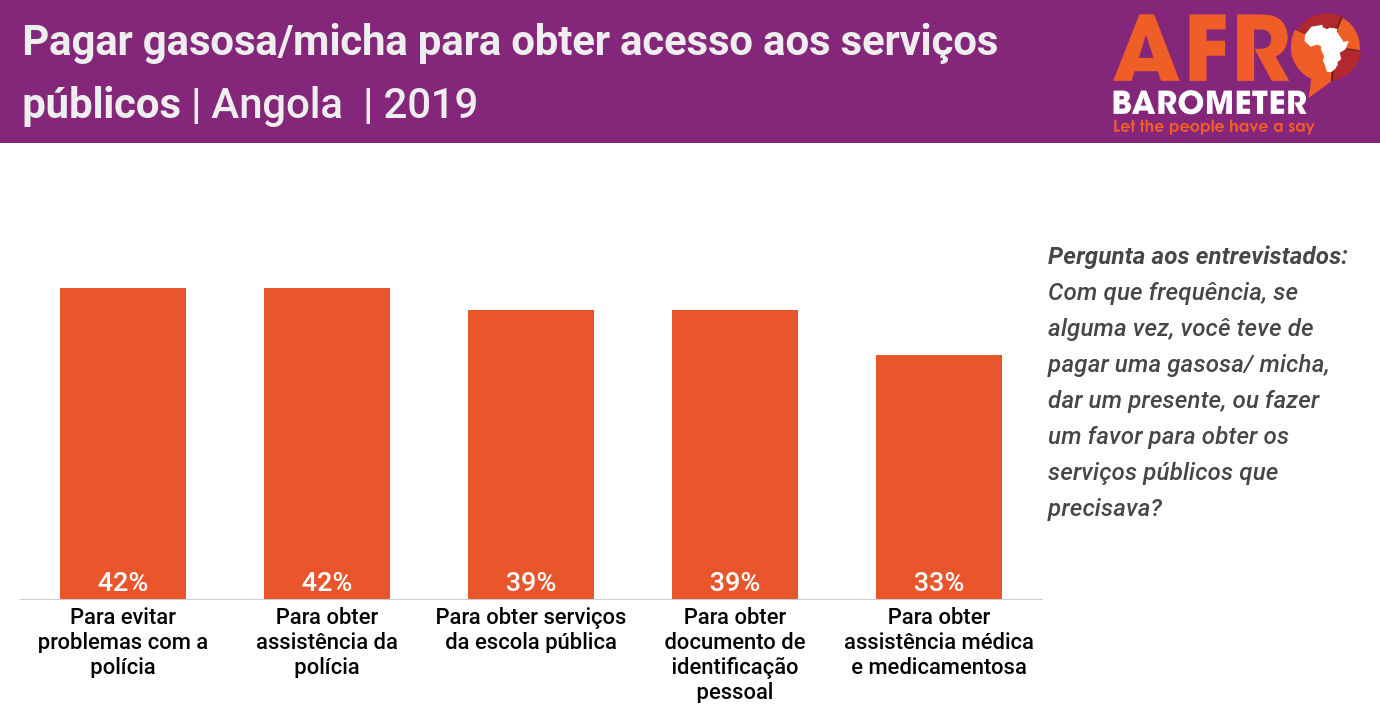