These and other projected impacts of climate change place Angola among the most vulnerable and least prepared countries in the world, ranking 154th out of 182 countries in the Notre Dame Global Adaptation Initiative’s Country Index (2020).

The government’s steps to confront climate change include establishing the National Committee on Climate Change and Biodiversity in 2012 and a Climate Change Office in the Ministry of Environment in 2014. A set of national plans and programmes seeks to integrate climate change adaptation into national development strategies (World Bank Group, 2022; USAID, 2018.). The United Nations Development Programme (2022) reports that Angola’s most recent national climate plan shortens its timeline for reducing greenhouse gas emissions by five years and outlines mitigation and adaptation actions across all sectors.

This dispatch reports on a special survey module included in the Afrobarometer Round 9 questionnaire to explore Angolans’ experiences and perceptions of climate change.

Findings show that fewer than half of Angolans have heard of climate change, including just one in four rural residents. A majority of those who are aware of climate change say it is making life in Angola worse. Awareness of climate change in general and of its negative impact increases sharply with citizens’ education level.

Among those familiar with climate change, large majorities say the government, business and industry, developed countries, and ordinary citizens need to do more to fight it. 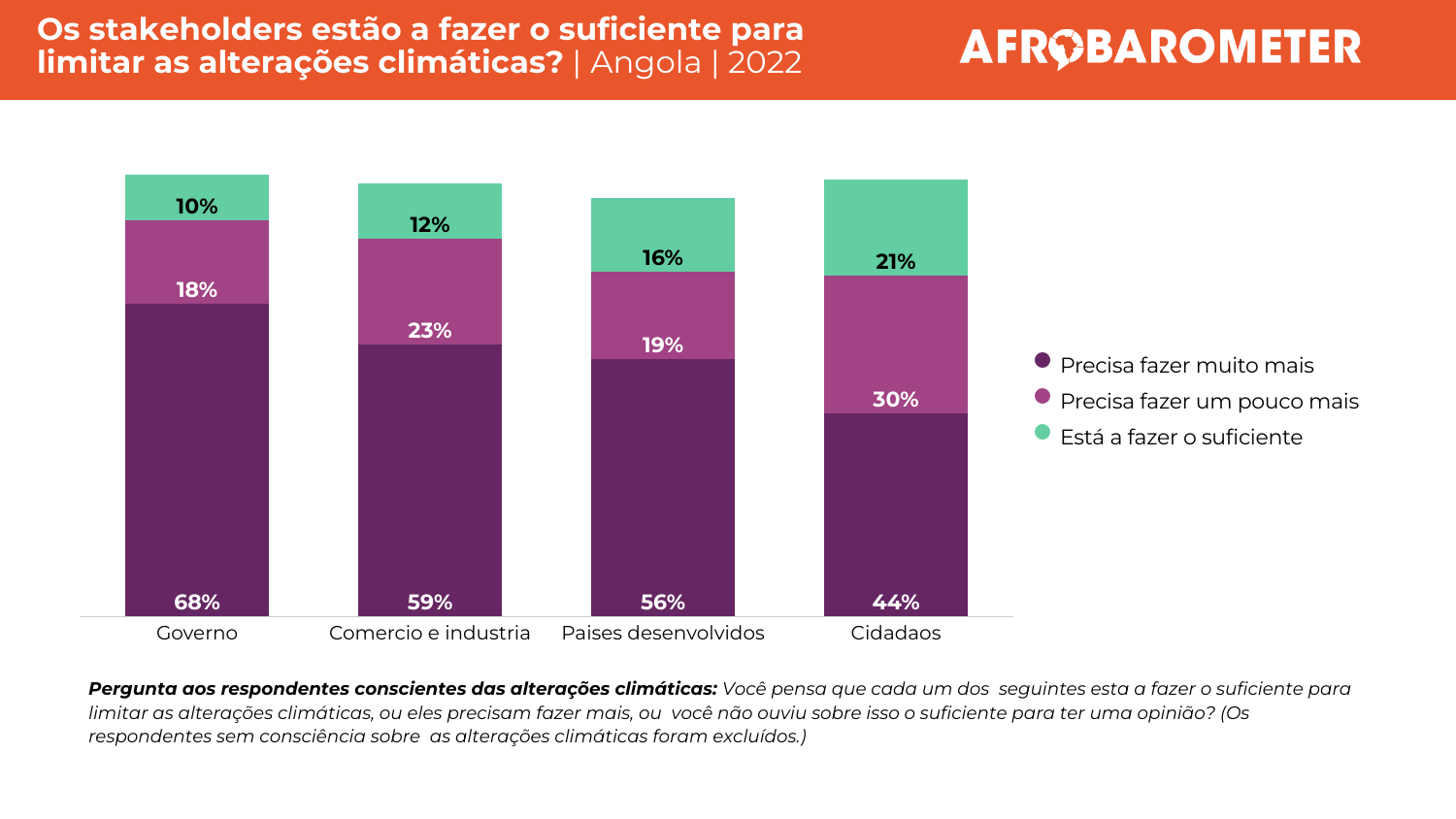