The police are the most visible representatives of the government. In the hour of need or danger, when a citizen does not know what to do or whom to approach, a police station and a police officer are the most appropriate and approachable entities. The police are expected to be the most accessible, interactive, and dynamic organisation in society. They are also expected to uphold the highest standards of professionalism, whether dealing with citizens at their most vulnerable or at their worst.

While frequent calls for reform have led to some changes, including provisions in the 2010 Constitution for a unified National Police Service and an inspector general, they have more often been stymied by political elites interfering with police operations as an independent body (Mageka, 2015).

In Kenya, fully half of adults report encounters with the police during the year preceding the survey, either to request assistance or, more often, in situations such as checkpoints or traffic stops. Many of these encounters involve the payment of bribes, and the police are more widely seen as corrupt than any other institution the survey asked about. Only one-third of Kenyans say they trust the police.

Instead, most say the police engage in illegal activities, fail to respect citizens’ rights, stop drivers without good reason, and use excessive force in managing public demonstrations and dealing with criminals. Fewer than half of Kenyans say the government is doing a good job of reducing crime.

Gedion Onyango is a lecturer at the University of Nairobi. 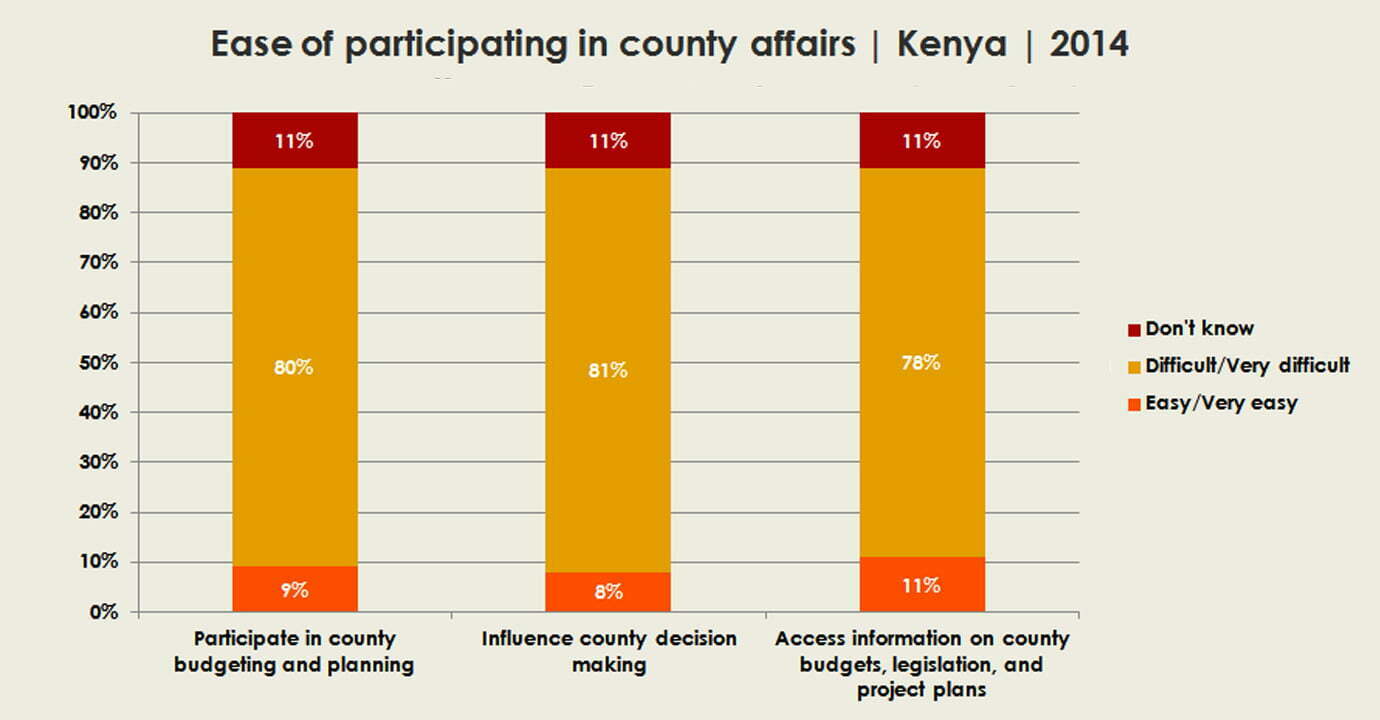