Zimbabwe is a landlocked country with abundant natural resources and a population of 15.3 million. The country’s rainy season historically stretches from October to March, while the dry season spans from June to August (World Bank, 2021).

In addition to being affected by extreme weather events such as cyclones, floods, and drought, the country has recorded significant climatic changes, including declining mean annual precipitation, late onset and early cessation of the rainy or growing season across all agro-ecological regions, and an increase in mean annual temperatures (World Bank, 2021). The Meteorological Services Department of Zimbabwe says the country has experienced its six warmest years on record since 1987, putting stress on the agricultural and water sectors. Rain is becoming unpredictable, and droughts are the most frequently occurring natural hazards in Zimbabwe (United Nations Development Programme, 2017; Frischen, Meza, Rupp, Wietler, & Hagenlocher, 2020).

In line with its ratification of the United Nations Framework Convention on Climate Change (Gumbodete, 2022), the government has crafted a National Climate Change Response Strategy to deal with issues of “adaptation, mitigation, technology, financing, public education and awareness” and to outline climate and disaster risk-management policies (Food and Agriculture Organization, 2015).

This dispatch reports on a special survey module included in the Afrobarometer Round 9 questionnaire to explore Zimbabweans’ experiences and perceptions of climate change.

Findings show that while climate change is still an unknown concept to more than half of Zimbabweans, those who are aware of it overwhelmingly say that climate change is making their lives worse. Citizens expect far more action from both the government and their co-citizens to fight it. 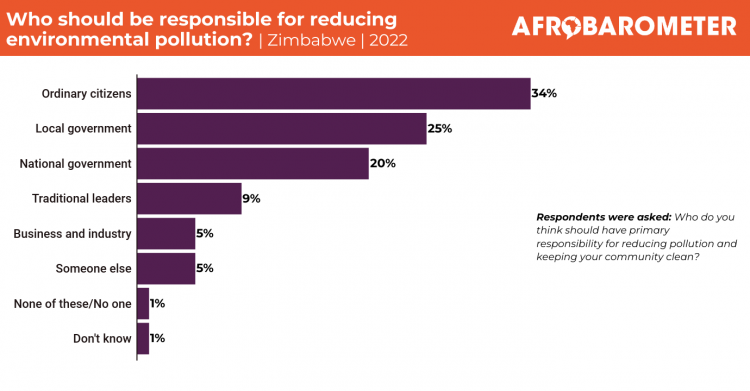 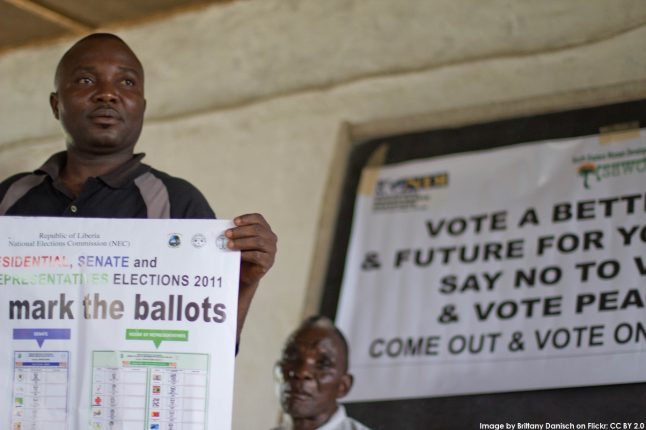