On 25 October 2015, Tanzania will have its fifth multiparty election since the restoration of the multiparty system in 1992. The incumbent president, Jakaya Kikwete, is ineligible to be elected due to the constitutional limit of two five-year terms for the presidential office. Following a highly contested nomination process, the ruling party, Chama Cha Mapinduzi (CCM), selected John Magufuli as its presidential nominee, unexpectedly eliminating several heavyweights from the race.

After failing to secure the ruling party’s nomination, Edward Lowassa, a former prime minister during Kikwete’s first term, defected to the opposition Chama cha Demokrasia na Maendeleo (Chadema) and now stands as the presidential nominee of the opposition Coalition for People’s Constitution (UKAWA), formed by CHADEMA, the Civic United Front (CUF), the National Convention for Construction and Reform (NCCR-Mageuzi), and the National League for Democracy (NLD). The addition of Lowassa has strengthened the opposition front and points toward what may be Tanzania’s most competitive election ever.

Graph: Freedom to vote for candidate of one’s choice | Tanzania | 2014 Moreover, recent Afrobarometer survey results show that although citizens’ assessments of government performance improved on several fronts between 2012 and 2014

(see Afrobarometer Dispatch No. 50), a majority of citizens say that economic conditions are “fairly” or “very” bad and the country is headed in the wrong direction.

Our press release is available here. For the full dispatch, click on the “Download now” button below. 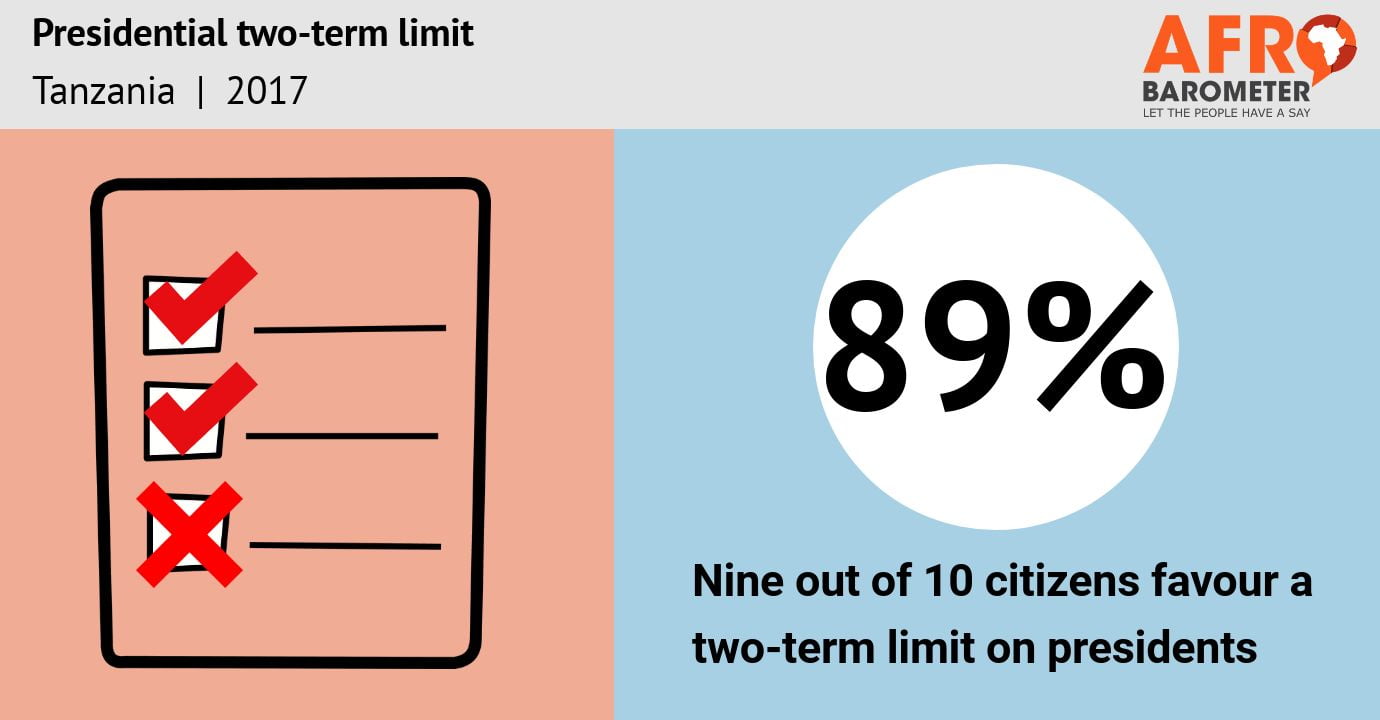