Morocco’s 2011 Constitution states that “freedom of the press is guaranteed and may not be limited by any form of prior censorship. To the extent expressly provided for by law, everyone has the right to free expression and dissemination of information, ideas, and opinions” (consitituteproject.org, 2021).

In recent years, the government has introduced legal reforms refining the Constitution’s provisions, including a press code that recognizes online media, a law providing for public access to information, and an amendment enhancing the ability of the High Authority for Audiovisual Communication (HACA) to promote a diverse and open media market (ERIM, 2019; OECD, 2019). Access to the Internet and social media gets a boost from the government’s New Development Model, which promotes the development of digital platforms as a lever for rapid transformation (CSMD, 2021).

While welcoming these advances, critics say they don’t go far enough and have not shielded media outlets and journalists/bloggers from persecution (ERIM, 2019). The 2021 World Press Freedom Index (Reporters Without Borders, 2021) ranks Morocco’s media among the least free in the world (136th out of 180 countries). Similarly, Freedom House (2021) rates Morocco only “partly free” in terms of Internet freedom.

The latest Afrobarometer survey offers citizens’ perspectives on Morocco’s media scene. While television is the most popular news source, seven out of 10 Moroccans also regularly obtain news via social media and the Internet. Views on media freedom are mixed: Most respondents support the media’s watchdog role over government, but majorities also endorse the government’s right to limit the dissemination of false news, hate speech, and information that criticizes the prime minister or that the government disapproves of.

While Moroccans see both positive and negative aspects of social media, they don’t want the government to regulate access to social media and the Internet. 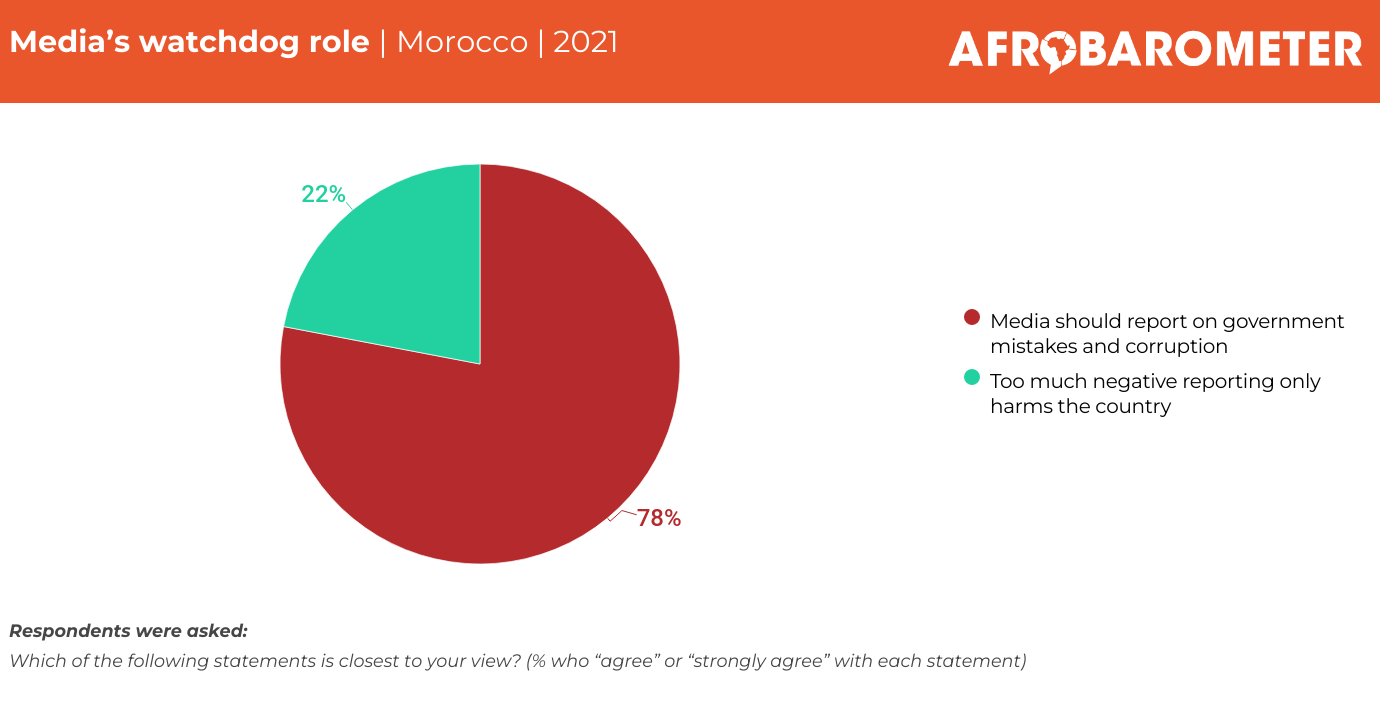