The damaging effects of corruption on countries, industries, and individuals are well documented, including its destructive drain on public trust and on the legitimacy of government institutions (Sullivan et al., 2012; Myint, 2000; Diamond, 2007).

In Zambia, corruption has made numerous media headlines in recent years, including reports on never-delivered fertilizer, a USD 42 million procurement of 42 fire trucks, a USD 17 million procurement of unsafe health kits, the disappearance of USD $1 million worth of medications donated by the Global Fund, and the theft of more than USD 4 million meant for a social assistance program for the country’s poor (Mofya, 2021; Nyambe, 2021; AFP, 2018; Papachristou, 2019). In Transparency International’s (2020) Corruption Perceptions Index, Zambia dropped from 96th place out of 180 countries in 2017 to 117th in 2020.

President Hakainde Hichilema, who was elected in August 2021, has described corruption levels as “horrifying” and vowed “zero tolerance” for graft (BBC, 2021; Africanews, 2021).

Findings from the latest Afrobarometer survey, which was conducted well before Hichilema took office, show that a growing number of Zambians saw corruption levels in the country as rising and rated the government poorly on its anti-corruption efforts. About half of citizens who had contact with the police said they had to pay a bribe to obtain assistance. An overwhelming majority of citizens said that ordinary people risk retaliation if they report corruption to the authorities.

Edward Chibwili is the national investigator for Zambia.

Working paper
WP41: Satisfaction with democracy and performance of the New Deal government: Attitudes and perceptions of Zambians
1 Jul 2004 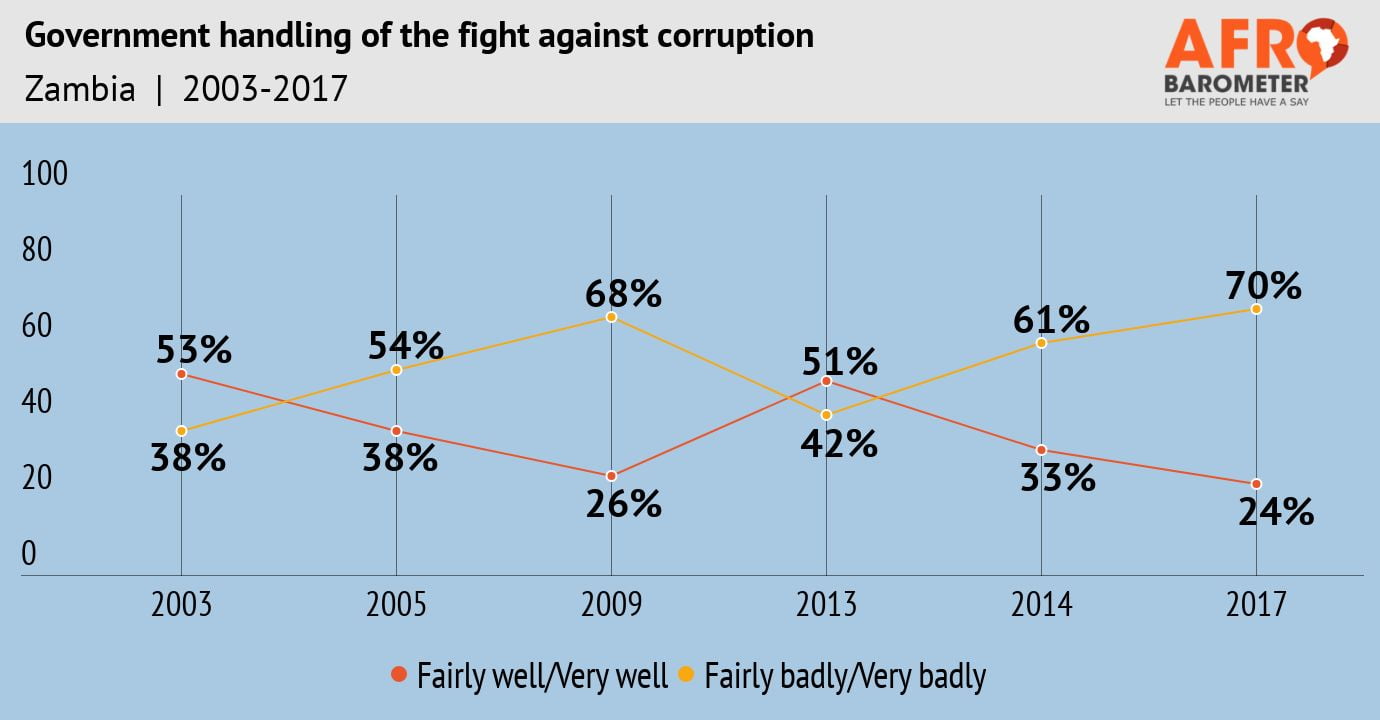