The government also launched a mass vaccination campaign that has fully inoculated more than 58% of Moroccans (Maroc.ma, 2021).

The vaccination campaign, thought to be Africa’s most successful, has reduced the number of critical cases and deaths and allowed the easing of restrictions on citizens’ movement (Delorme, 2021).

However, in October the government also introduced a “vaccine passport” that citizens must carry in their workplaces, in public spaces such as restaurants, and during domestic and international travel. This pass, which critics decry as overly restrictive and unconstitutional, has sparked a nationwide outcry and demonstrations in major cities (Associated Press, 2021; Mahmoud, 2021).

Findings from an Afrobarometer survey in February 2021 show that most Moroccans embrace vaccination against COVID-19 and trust the government to ensure that vaccines are safe. At the time of the survey – months before the introduction of the vaccine passport – a majority also applauded the government’s performance in managing the response to COVID-19 and supported the lockdown to contain the spread of the virus.

While half of citizens report that they received special government assistance during the pandemic, the same proportion say that assistance was not distributed fairly, and a majority believe that at least some relief resources were lost to government corruption.

See this version in Arabic. 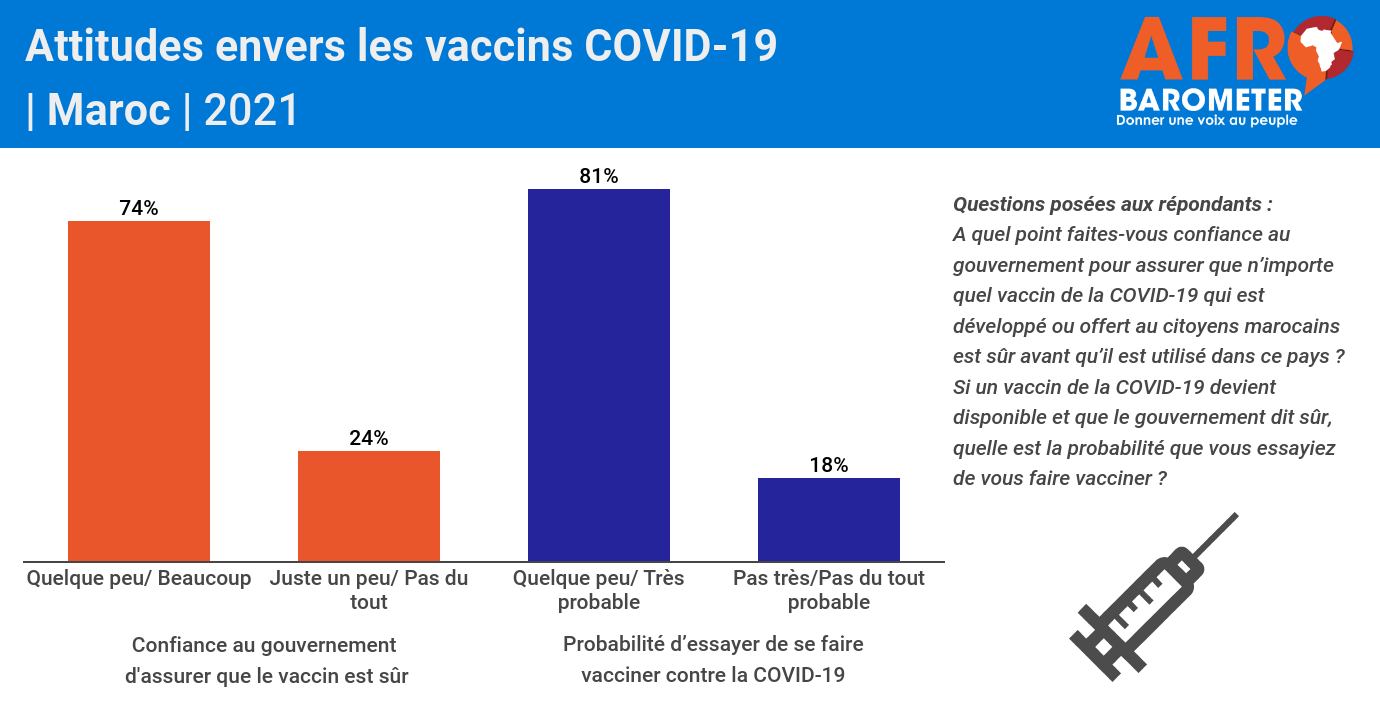