Over the past decade, Uganda’s government has made notable progress toward achieving some of the health-related targets set out in the Millennium Development Goals and their successor, the Sustainable Development Goals (SDGs). For example, between 2002/2003 and 2019/2020, maternal mortality fell by one-third, from 505 deaths to 336 deaths per 100,000 live births; infant mortality declined by half, from 87 to 43 deaths per 1,000 live births; and under-5 mortality dropped by more than half, from 156 to 64 deaths per 1,000 live births (Uganda Bureau of Statistics, 2013, 2020).

Despite these gains, Uganda’s health system continues to face a number of obstacles. The health sector remains underfunded, falling far short of the 15% budget allocation recommended by the Abuja Declaration, to which Uganda is a signatory (Initiative for Social and Economic Rights, 2018). Between 2010 and 2016, the health-sector budget averaged 7.8% of the national budget (Lukwago, 2016); in 2020/2021, it accounted for 5.1% of the national budget, down from 7.9% in the previous financial year (Ministry of Finance, Planning and Economic Development, 2020).

The current surge in COVID-19 cases in Uganda places an even greater strain on the already- overburdened health system. Hospitals are filled with COVID-19 patients, and with only a few intensive care units and an acute shortage of oxygen in hospitals across the country, critically ill patients are becoming increasingly difficult to manage, leading to an increase in COVID- 19 mortality (Africanews, 2021).

Findings from Afrobarometer’s most recent survey in Uganda show that health ranks at the top of citizens’ priority problems needing urgent government action. Most Ugandans report going without needed medical care, a deprivation that is particularly common among poor citizens, rural residents, and respondents in the Northern and Eastern regions.

A large proportion of citizens who sought care at public health facilities experienced difficulty accessing care, and many had to pay bribes.

Overall, an increasing number of Ugandans say the government is doing a poor job of improving basic health services. 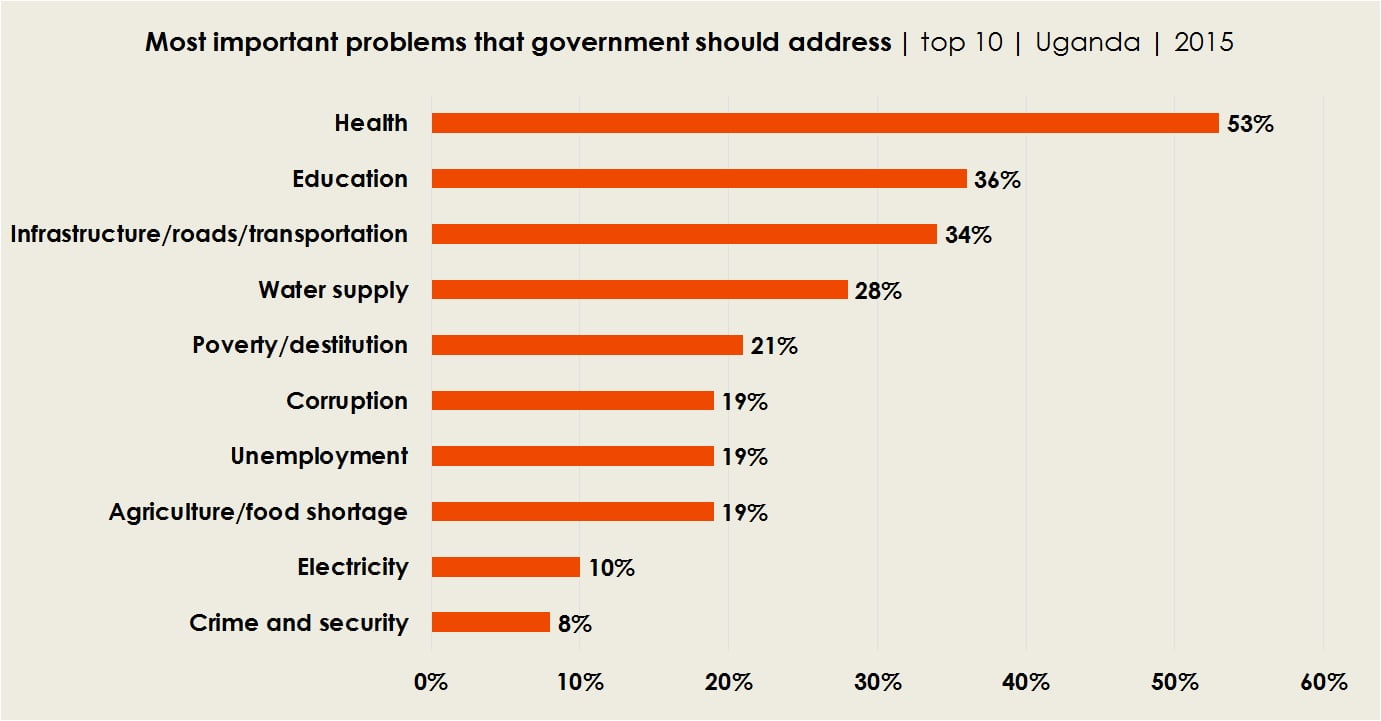 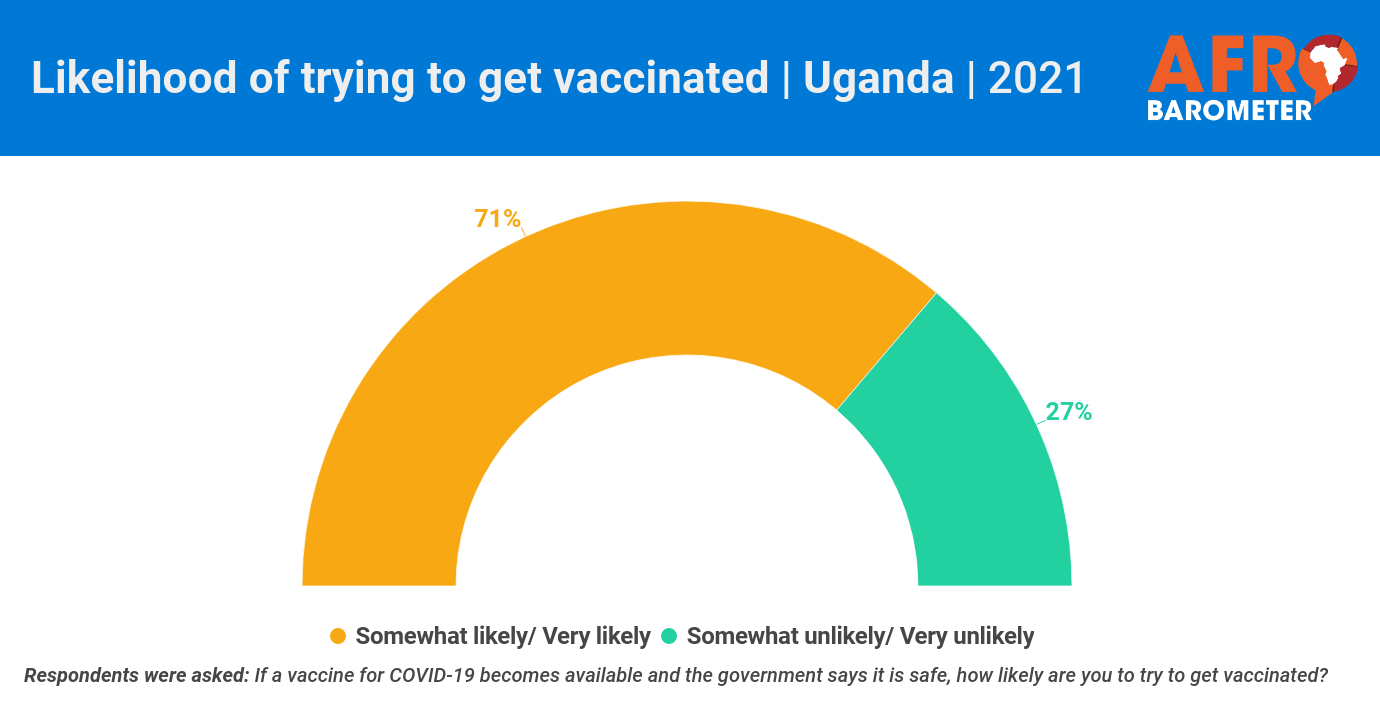 Dispatch
AD497: Ugandans voice concerns about COVID-19 response, but most are willing to be vaccinated
16 Dec 2021
Announcement
Request for Bids for an Afrobarometer National Partner in Seychelles to Conduct an Afrobarometer Round 9 Survey
25 Jul 2022