Although elections do not equate with democracy, the holding of free and fair elections is recognized as a hallmark of accountability and a fundamental component of a functioning democracy (Lindberg, 2006). The African Charter on Democracy, Elections and Governance (African Union, 2007) reinforces this link and sets electoral standards for the continent.

While elections are institutionalized in a majority of African countries (Posner & Young, 2007) analysts have argued that a change in leadership does not necessarily mean systemic change or greater democratic consolidation (Donner, 2020). Moreover, there has been concern that African elections are becoming increasingly contentious and marked by fear (Jenkins, 2020). In some cases, elections have been little more than springboards for leaders who, once in office, subvert democratic institutions to consolidate their position (Onyulo, 2017).

In light of these developments, how do Africans perceive the quality and efficacy of their elections? Drawing on 2019/2020 Afrobarometer data from 18 African countries, we find that while most Africans believe in elections as the best way to select their leaders, popular support for elections has weakened, and only a minority think elections help produce representative, accountable leadership. 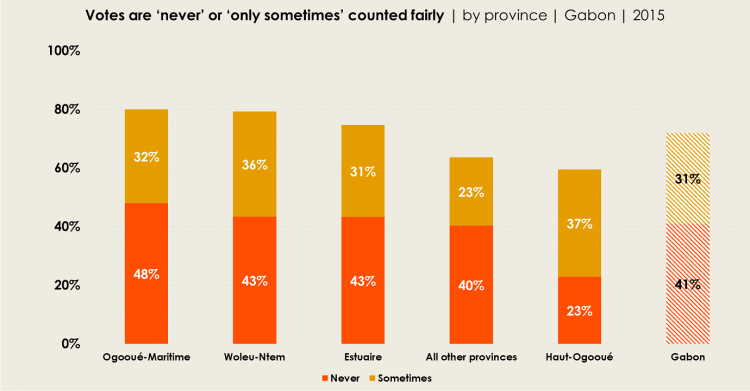