Kenya’s economy has been one of the fastest-growing in Africa. Economic growth averaged 5.7% in 2019, third-highest in sub-Saharan Africa, boosted by a stable macroeconomic environment, positive investor confidence, and a resilient services sector (African Development Bank, 2020).

In spite of this impressive economic performance, nearly half of the country’s 50 million residents live below the poverty line (World Bank, 2020), in part due to the economy’s heavy reliance on a single sector, agriculture, which accounts for 33% of gross domestic product (GDP), employs about 75% of the Kenyan workforce, and has not been very stable in the recent past.

As the country pursues ambitious development plans, including Vision 2030 and the Big Four Agenda (Republic of Kenya, 2013, 2017) as well as the UN Sustainable Development Goals (United Nations, 2020), how realistic is its path toward inclusive development that “leaves no one behind”? The much-talked-about Big Four Agenda, for example, signals the government’s commitment to industrialization in health, housing, agriculture, and manufacturing and aims to enhance food security and transform agriculture from subsistence-oriented and rain-dependent to market-oriented. The agenda also envisions providing universal health-care access and affordable housing for millions of Kenyans.

Based on the most recent Afrobarometer survey in Kenya, inclusive development still faces considerable hurdles. As of late 2019, fewer than half of Kenyans said the country was moving in the right direction, and most described economic conditions as bad, even if a growing minority gave positive assessments of their own living conditions. Young Kenyans were generally a bit more upbeat about the economy than their elders. But regardless of age, large majorities gave the government poor marks for its performance on economic issues. 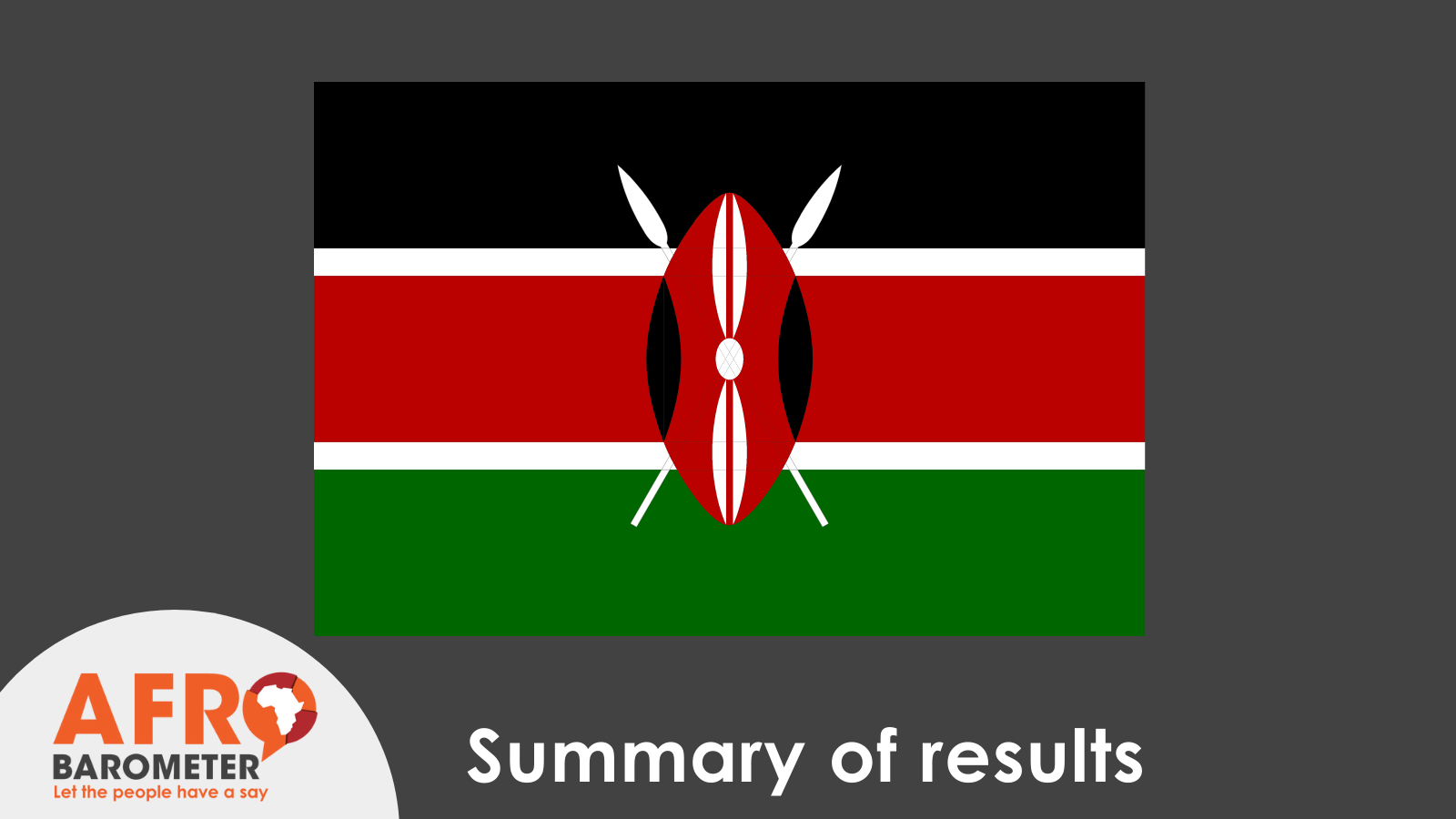