Africa’s media landscape is changing rapidly. Regular reliance on digital sources for news has nearly doubled in just five years, with more than one-third of respondents across 18 countries surveyed reporting that they turn to the Internet or social media at least a few times a week for news. While radio remains the most popular mass medium on the continent due to its accessibility and reach, digital media are reshaping information landscapes, and consequently politics, in remarkable ways.

At the same time, governments’ interactions with media are changing, often in ways that are troubling for advocates of democratic development. Attacks on journalists and media houses are becoming more frequent, and governments are passing new restrictions on who can produce and share content (Alfandika & Akpojivi, 2020; Conroy-Krutz, 2020; RSF, 2020). “Social media taxes” and full or partial Internet shutdowns are increasingly in governments’ toolkits as well (Guardian, 2019; CIPESA, 2019). Leaders often cite real problems, including the spread of false information and hate speech, as justifications for these new regulations, but many people fear that governments are using these threats to stifle press and speech freedoms more broadly.

What do Africans think of these changes? In nationally representative surveys across 18 countries, Afrobarometer finds that people are generally supportive of press freedoms, media’s role as watchdogs over governments, and broad access to digital media for citizenries. They generally see promise in the ability of new technologies to inform and empower. As digital media access continues to rise across demographic groups and in most countries, the possibilities of creating better-educated, more-active populations are exciting.

However, there is also a distinct wariness about these new media. Majorities see them as facilitating the spread of false information and hate speech. And government moves to limit the dissemination of messages deemed undesirable are generally popular. In this way, many Africans seem genuinely ambivalent about these new media landscapes: Most say they want unrestricted digital media while also supporting limits on messages they see as potentially dangerous. 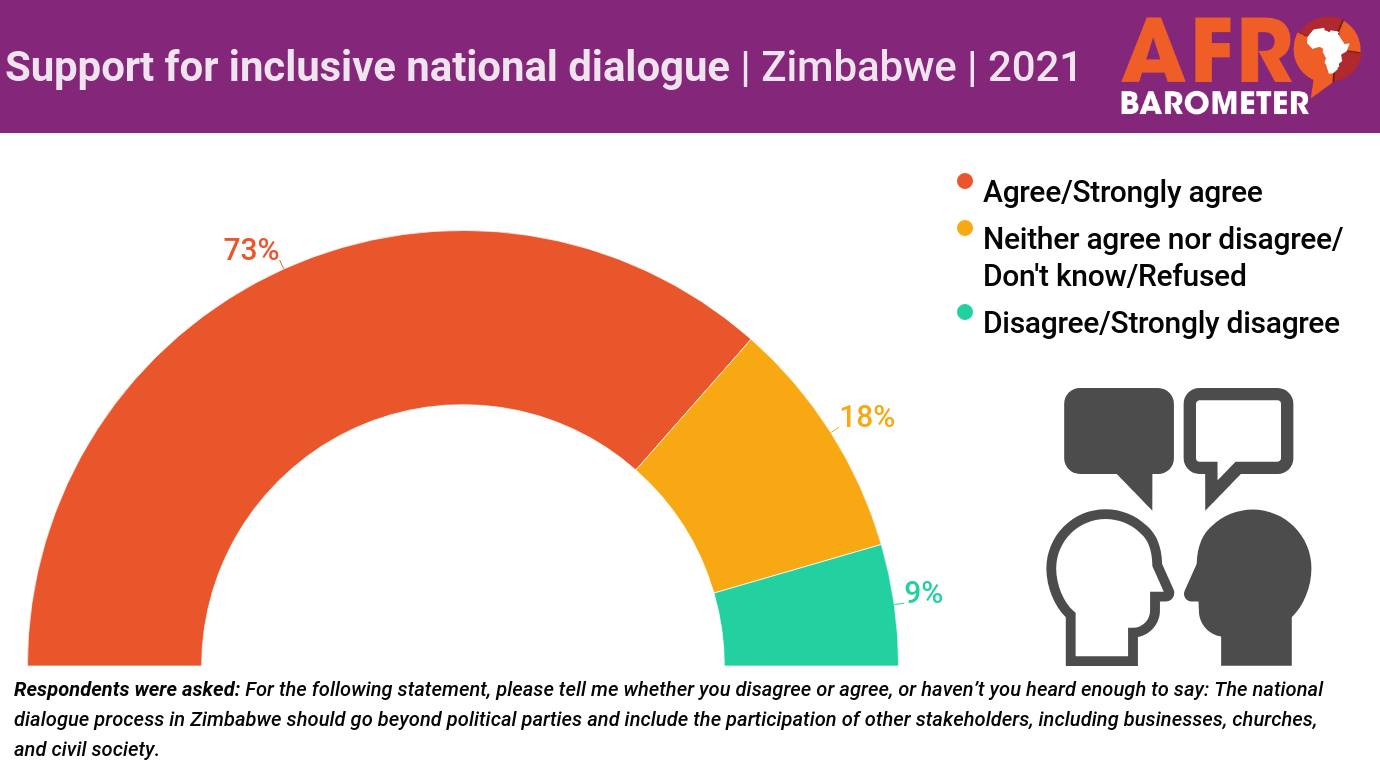 News release
Most Zimbabweans endorse an inclusive national dialogue, but support for POLAD framework is much weaker
26 Jul 2021