Sixty years after claiming its sovereign rights from the British, Nigeria is classified as a middle- income mixed economy and emerging market, with expanding manufacturing, financial, service, communications, technology, and entertainment sectors. Touted as Africa’s largest economy, it ranks as the 27th-largest economy in the world in terms of nominal gross domestic product and the 24th-largest in terms of purchasing power parity (World Bank, 2020a). Nigeria’s re-emergent manufacturing sector became the largest on the continent in 2013 and produces a large proportion of goods and services for the West African subcontinent (KPMG, 2015).

Yet Nigeria’s economy has struggled as the collapse of global oil prices between 2014 and 2016, combined with lower domestic oil production, put the brakes on the country’s economic activity. Hit by the COVID-19 pandemic while still recovering from the 2016 recession, Nigeria’s economy is projected to contract by 3.2% this year, its worst recession in four decades (Business Day, 2020; World Bank, 2020b).

Findings from the most recent Afrobarometer survey in Nigeria, conducted in early 2020, show that even before the coronavirus pandemic, a majority of citizens said the country’s economy and their personal living conditions were bad, at times forcing them to go without basic necessities such as medical care and sufficient food. Most disapproved of the government’s handling of economic issues.

Sunday is the data manager for NOI Polls 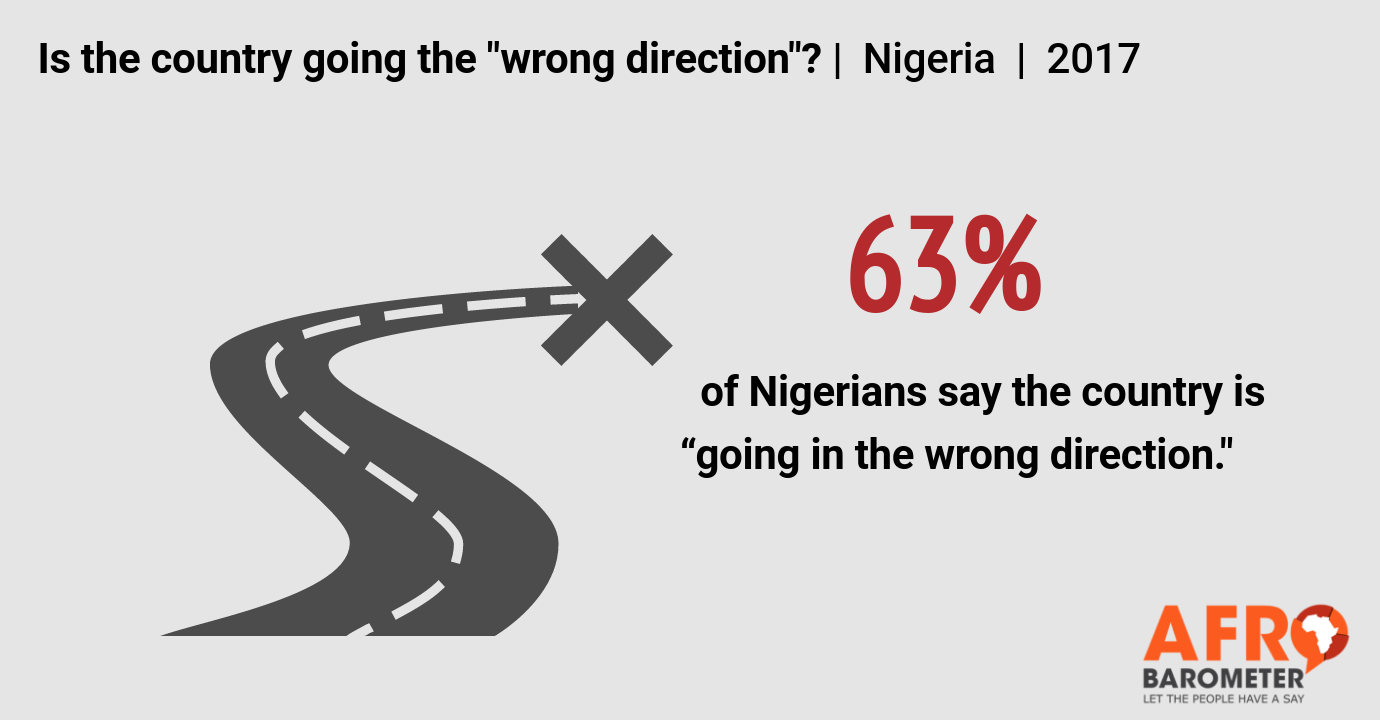 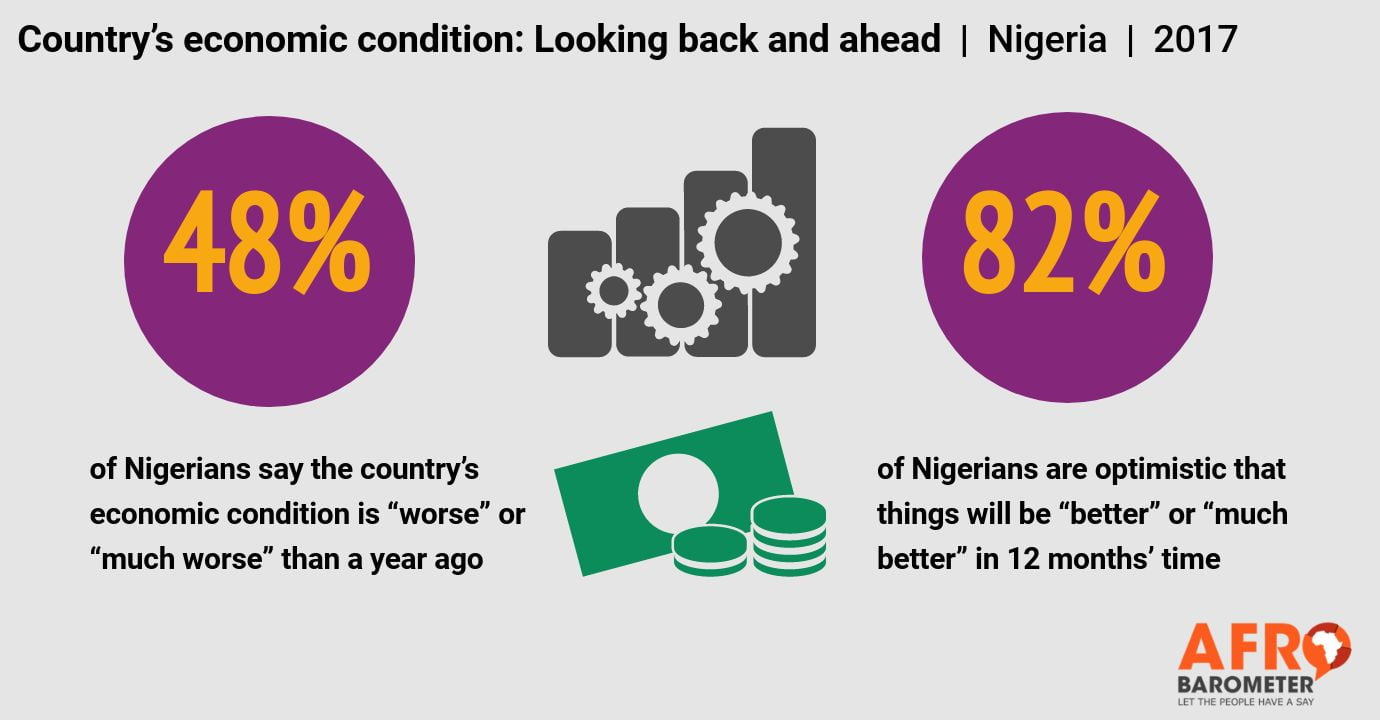