Although Mozambique’s civil war ended in 1992, violence flared again in 2013 when the opposition RENAMO party renewed its insurgency against the FRELIMO government. Both sides stand accused of war crimes in a conflict whose death toll analysts estimate at near 1 million (France24, 2019). A peace agreed in August 2019 remains tentative as a small number of RENAMO rebels have vowed not to lay down their weapons (Mail & Guardian, 2019).

During this fragile period, another violent crisis has begun: the emergence of an Islamist insurgency. A group going by the name Ansar al-Sunnah recently made it clear in a video published online that it aims to replace the government of Mozambique with a sharia regime (Ewi & Louw-Vaudran, 2020; Habibe, Forquilha, & Pereira, 2019; West, 2018). While dealing with the COVID-19 pandemic, the Mozambican government thus confronts both Islamist violence and the fragile aftermath of the RENAMO insurgency.

Violence in Mozambique has been largely concentrated in the provinces of Zambezia and Inhambane, respectively RENAMO and FRELIMO bases of operations for decades in the central and southern parts of the country, and Cabo Delgado in the far North, the focal point of Ansar al-Sunnah’s attacks. The government’s response to the Islamist violence so far has been a predominantly military one, which risks alienating the local population and aggravating underlying grievances inherited from the RENAMO insurgency and the civil war (Matsinhe & Valoi, 2019).

In this dispatch, we use Afrobarometer survey data to look at Mozambicans’ experiences and assessments at the onset of the Ansar al-Sunnah insurgency and the tentative peace accord with RENAMO. As of mid-2018, popular fears of violence were decreasing, trust in the armed forces was rebounding, and more citizens approved than disapproved of the government’s handling of extremist violence. While these attitudes may have evolved along with the conflicts, they provide a baseline view of popular attitudes as the government struggles to confront multiple threats to peace and stability. 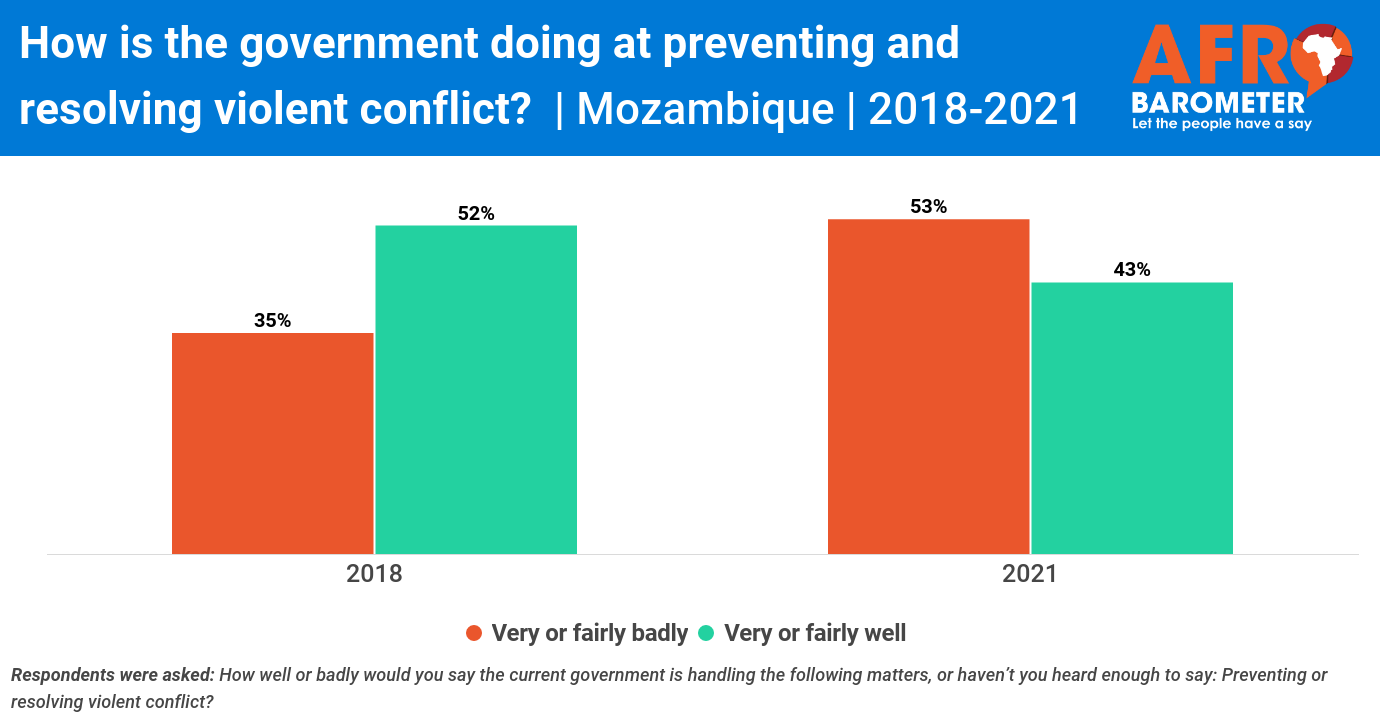 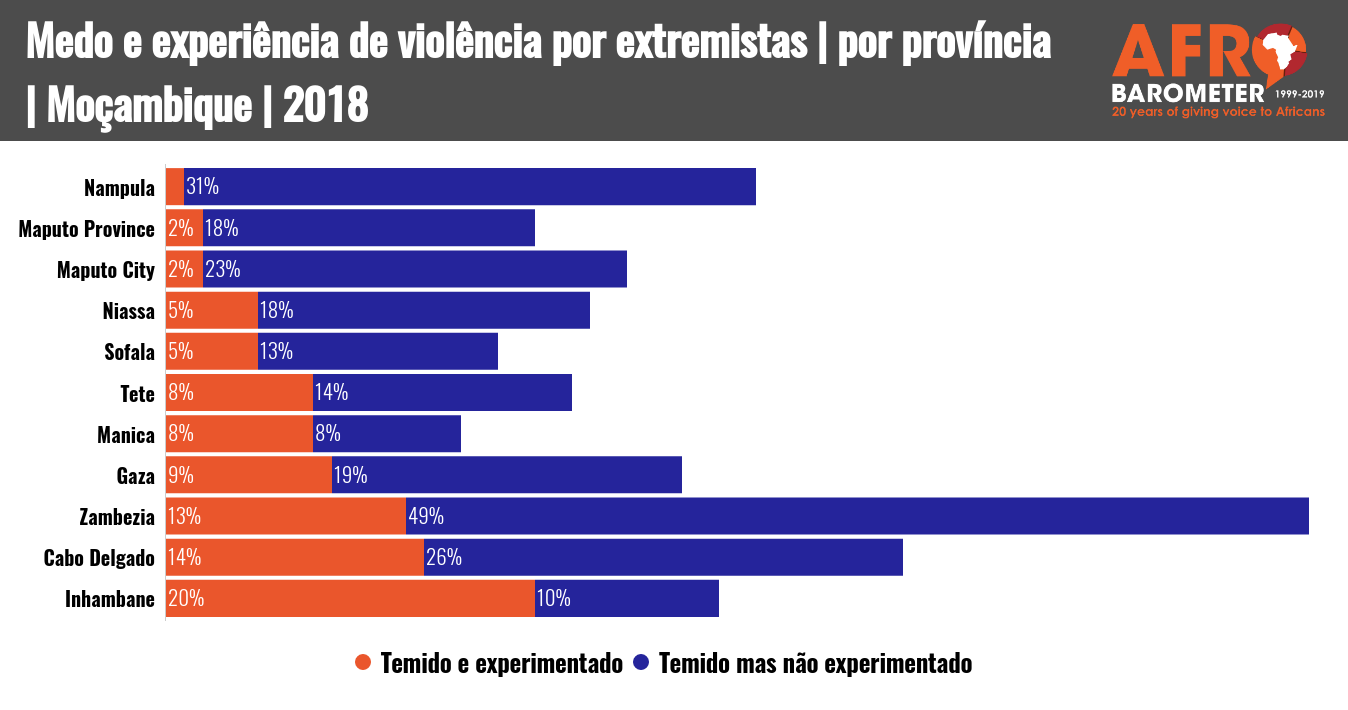