A decade-long civil war (1991-2002) and a 2014 Ebola outbreak left Sierra Leone’s health- care system in a poor state, including inadequate infrastructure and staff (Ministry of Health and Sanitation, 2017). With 1,165 deaths per 100,000 live births recorded in 2017, Sierra Leone has one of the world’s highest rates of maternal and infant mortality (United Nations Population Fund, 2017).

In 2010, the government removed some financial barriers to basic health care through its Free Health Care Initiative for pregnant women, lactating mothers, and children aged less than 5 years (Witter et al., 2017). And the Health Sector Recovery Plan 2015-2020 aims to ensure “high quality, accessible, affordable and equitable” health care for all Sierra Leoneans (Ministry of Health and Sanitation, 2017). But corruption in the health sector – both bribery and unauthorized charges – seems to persist (Mitchell, 2017).

The most recent Afrobarometer survey in Sierra Leone, conducted in July 2018, reveals that many citizens report difficulties and delays in accessing care at public hospitals and clinics. About half of those who sought care say they had to pay a bribe – a particularly frequent experience among poor and less-educated respondents. 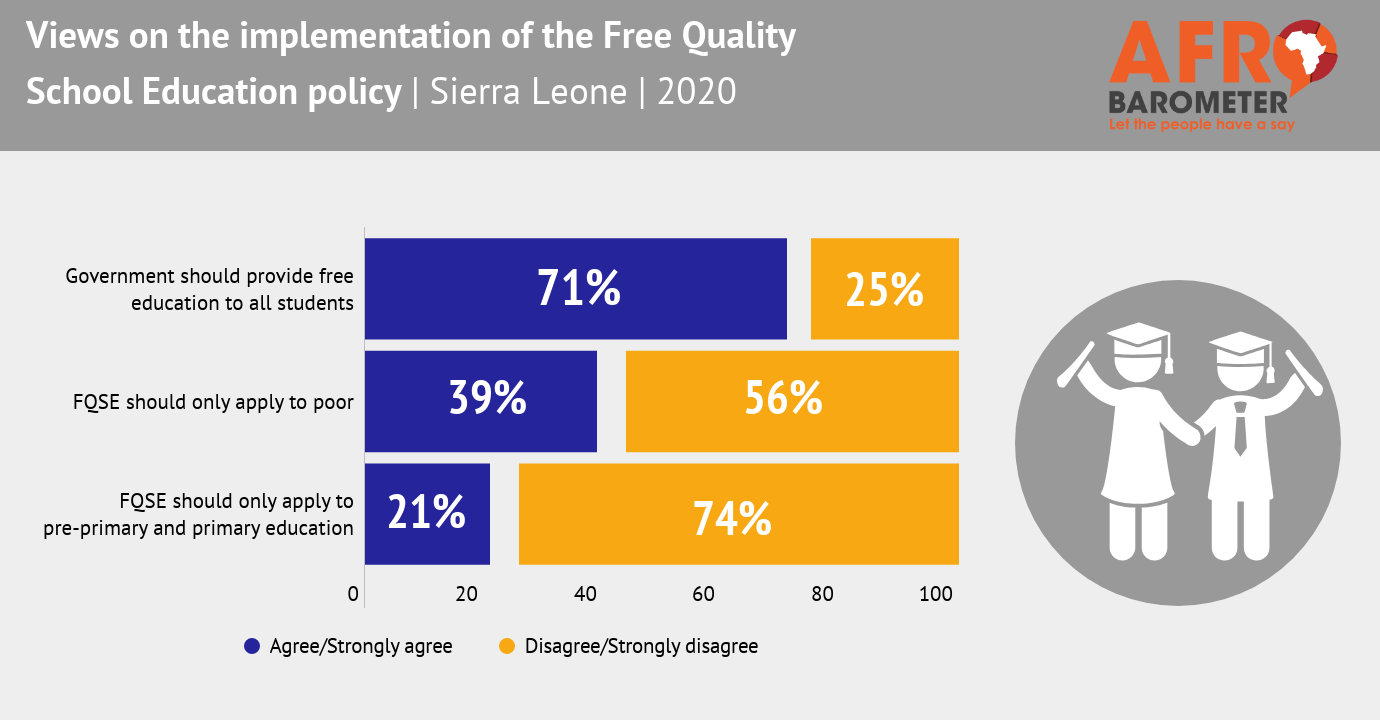