Tunisia has been a model of successful democratic transition in the Arab world since its revolution in 2011 (Caryl, 2019). While Libya, Yemen, and Syria have descended into civil war, Egypt and Bahrain into repression and authoritarianism, Tunisia is the only Arab Spring country where democracy has survived (Chulov, 2018).

The small North African country has held repeated free and fair elections, including constituent assembly elections in 2011, municipal elections in 2018, and parliamentary and presidential elections twice, in 2014 and 2019. Tunisia ratified the most progressive constitution in the Arab world in 2014, guaranteeing freedoms of expression, of assembly, and of the press; protecting the right to access information; and mandating gender equality with an active commitment by the state to ensuring it (Constitute Project, 2019). While enormous economic problems continue to plague the country, its actions earned it a reclassification by Freedom House (2015) from “not free” to “free.”

One of the main reasons democratization succeeded in Tunisia while failing in other Arab Spring countries is the country’s strong civil society. In 2010, when protests escalated and reached the capital, civil society groups, trade unions, lawyers, journalists, and opposition parties joined the uprising and played a key role in ending 23 years of authoritarian rule (Yerkes & Ben Yahmed, 2018). After the revolution, the Tunisian National Dialogue Quartet – made up of the Tunisian General Labor Union; the Tunisian Confederation of Industry, Trade and Handicrafts; the Tunisian Human Rights League; and the Tunisian Order of Lawyers – was awarded the 2015 Nobel Peace Prize for successfully negotiating a compromise between secular and Islamist political actors when the democratic transition was close to collapse due to intense political polarization (Nobel Prize, 2015). Politicians agreed to overcome their differences and achieve consensus that gave space to both Islamists and seculars in the new political system (Marks, 2015).

In this dispatch we use Afrobarometer survey data to explore citizen engagement in Tunisia. We find that while a majority of Tunisians say civic and political liberties have expanded in recent years, the proportion of citizens who feel restrained in discussing politics has increased, and fewer are going to the polls on Election Day. Even though a growing number of Tunisians express a willingness to join together to raise an issue or to participate in a protest, in practice only small minorities engage through civil-society organizations or contact with their leaders.

Najib is the data quality officer at Afrobarometer 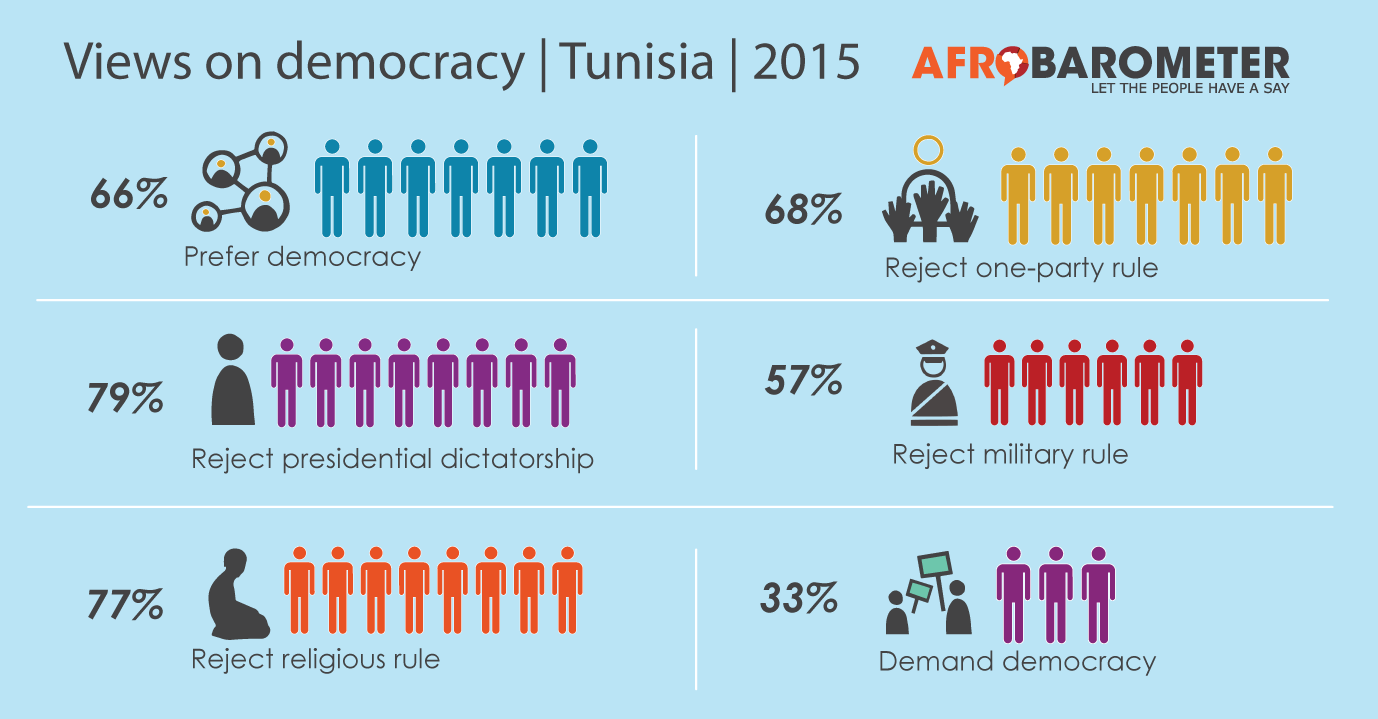 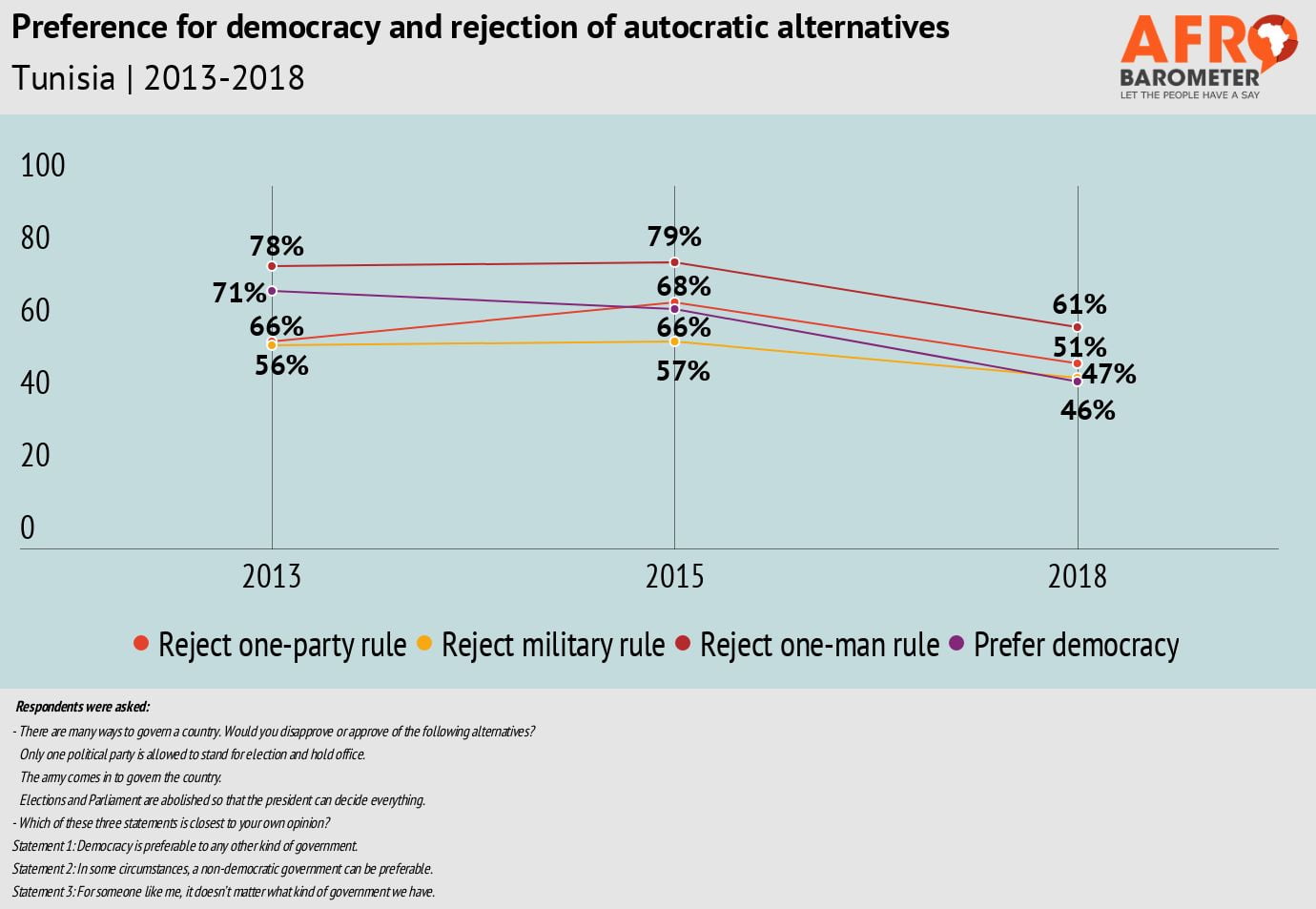