Ghana has made giant economic strides over the past decade. In 2011 the country climbed from lower-income to middle-income status, and both per-capita income and gross domestic product roughly doubled between 2008 and 2018 (World Bank, 2019a, 2019b).

Fueled in part by newly discovered oil, the economy overcame a sluggish period (2014-2016) during which it needed a U.S. $918 million loan (International Monetary Fund, 2015) designed to boost growth and reduce poverty. By 2019, economic growth had rebounded to around 8%, inflation and average lending interest rates had declined to 9.8% and 16.23% respectively (African Development Bank, 2019), and the IMF was projecting Ghana to be the world’s fastest-growing economy (DW Africa, 2019).

But have these expert kudos and macroeconomic strides translated into concrete gains recognized by average citizens contending with the high costs of utilities, transportation, communications, and everyday living (Ghanaweb, 2019)?

Results of the latest Afrobarometer survey show that Ghanaians’ assessments of the government’s economic performance have worsened sharply compared to 2017. Few citizens are content with the country’s economic situation and their personal living conditions, and a majority say the country is headed in the wrong direction. 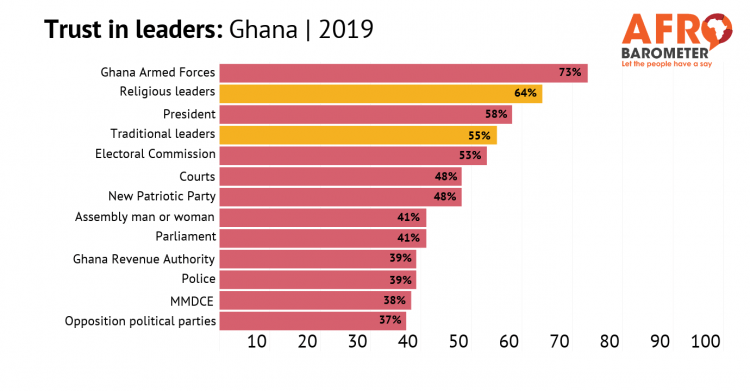 Dispatch
AD355: Trusted and influential: Religious and traditional leaders can be assets in COVID-19 fight
20 Apr 2020 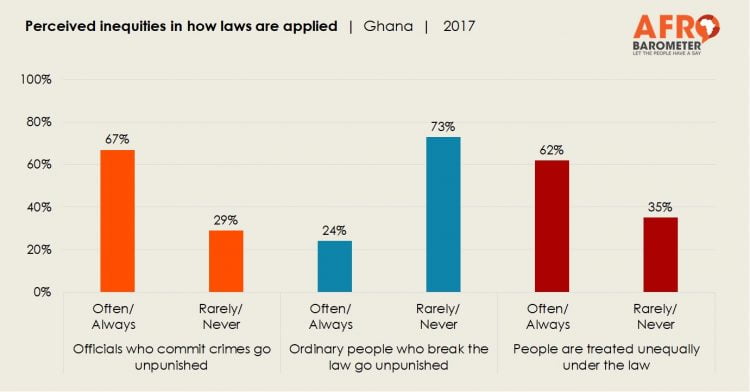