During the first weekend of October, the Mauritian prime minister dissolved Parliament and called a general election for November 7 – a surprise announcement that left both the electoral commission and political parties scrambling (Weekly, 2019).

The current government has claimed several high-visibility successes, including the launch of the Metro Express light-rail public transport system, the elimination of some university fees for students, the introduction of minimum salary compensation and a negative income tax, and the inauguration of a sports complex (Duymun, 2018; Seegobin, 2019). But critics point to persistent challenges such as unemployment, corruption, and weaknesses in delivering health care, education, and other public services (Duymun, 2018).

In light of the upcoming election, this dispatch uses Afrobarometer survey data from 2012- 2017 to explore popular attitudes toward elections among ordinary Mauritians. We find that while Mauritians overwhelmingly feel that their last national election was free and fair, their trust in the electoral commission has declined sharply. Nonetheless, most citizens support elections as the best way to choose their leaders and want multiparty competition to ensure that voters have real choices.

Citizens’ priorities for government action, as of late 2017, were unemployment, poverty, and crime – issues on which the government’s performance received poor marks. 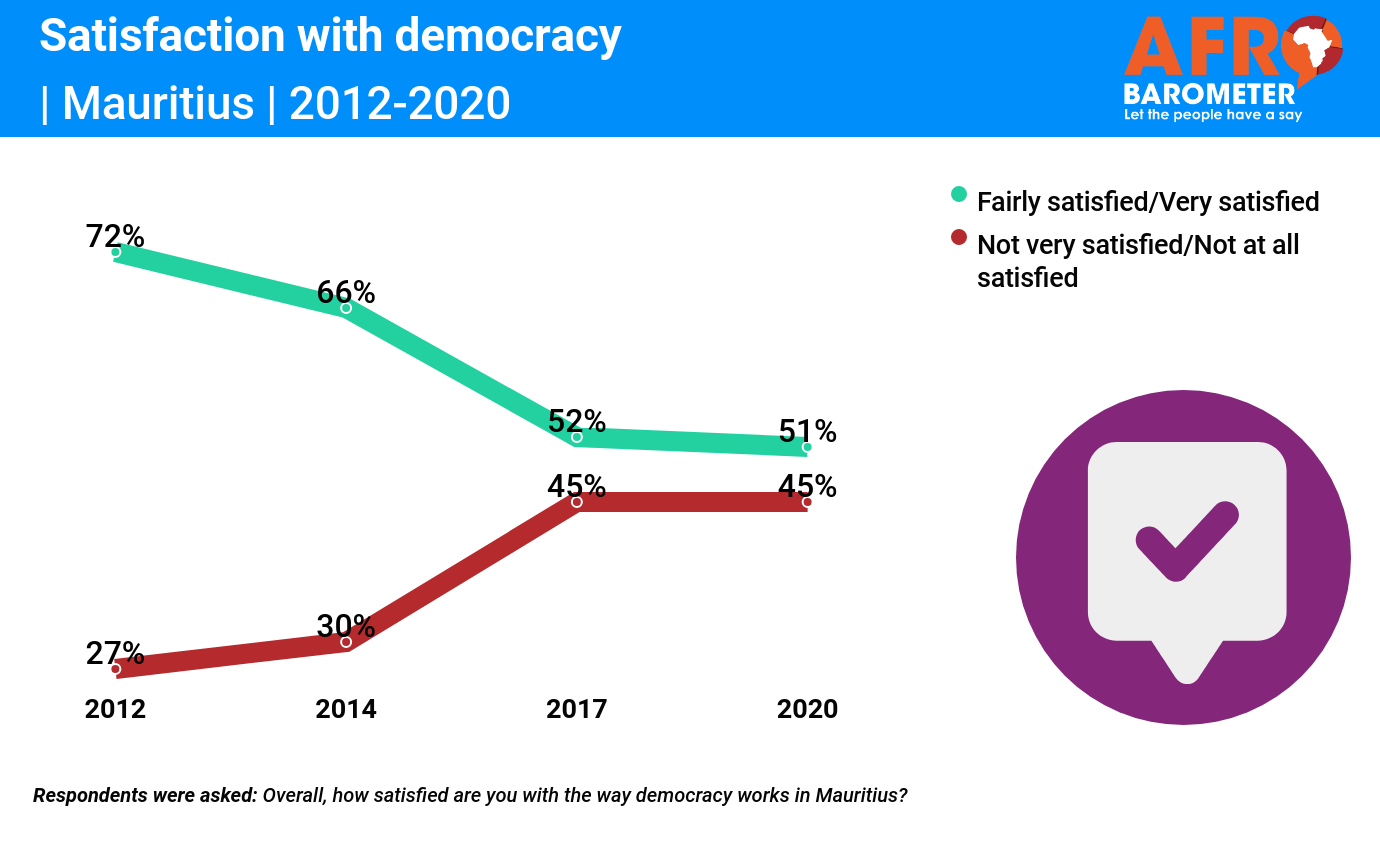