Despite their country’s tremendous reserves of bauxite, iron ore, gold, and diamonds, 55% of Guineans live under the poverty line. Growth in the mining sector has not trickled down to average citizens, many of whom face a dearth of jobs, frequent power cuts, and inadequate supplies of drinking water (Republic of Guinea, 2017). Government efforts, over the past five years, to curtail public spending, improve budget management, and enhance economic growth have not produced lower living costs, and public frustration is growing (United Nations Development Programme, 2019).

Findings from the most recent Afrobarometer public opinion survey show that Guineans are growing increasingly critical of the country’s overall direction and their government’s management of the economy. Most describe the country’s economy and their personal living conditions as bad, and optimism about improvement in the near future is waning. 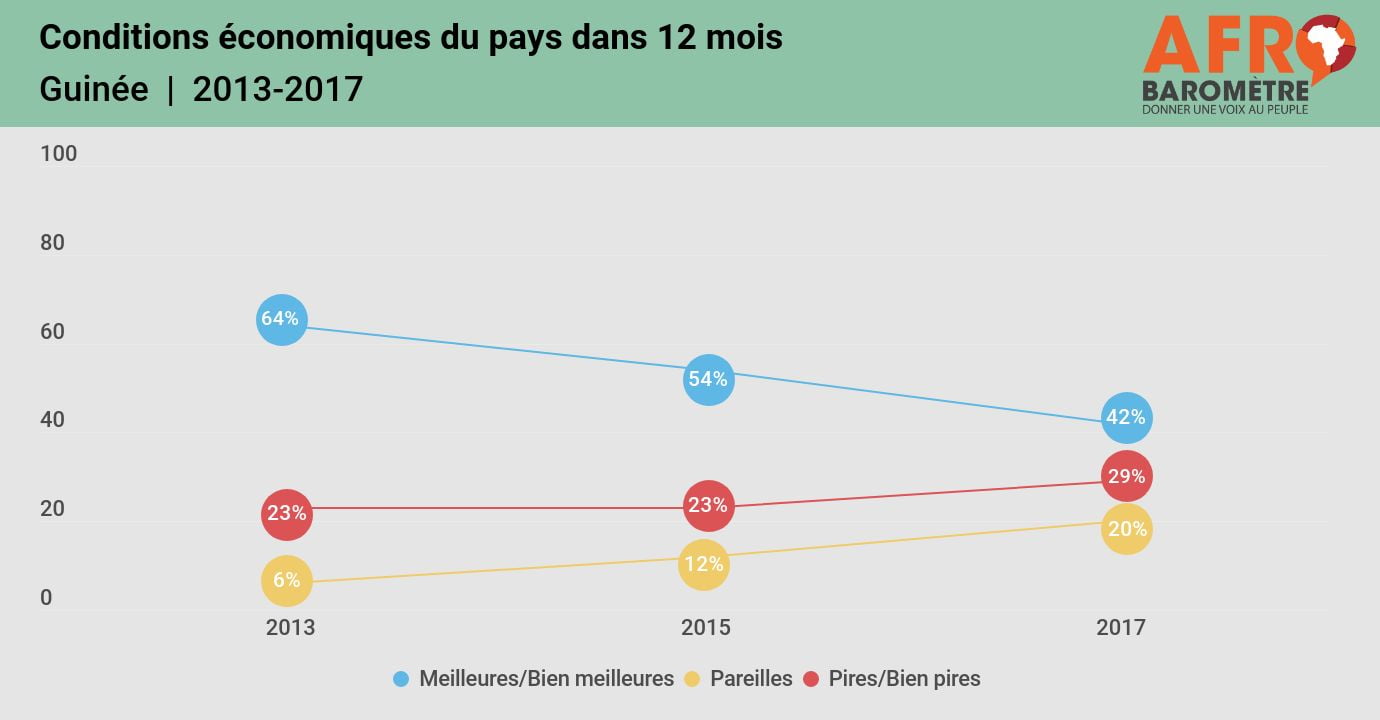 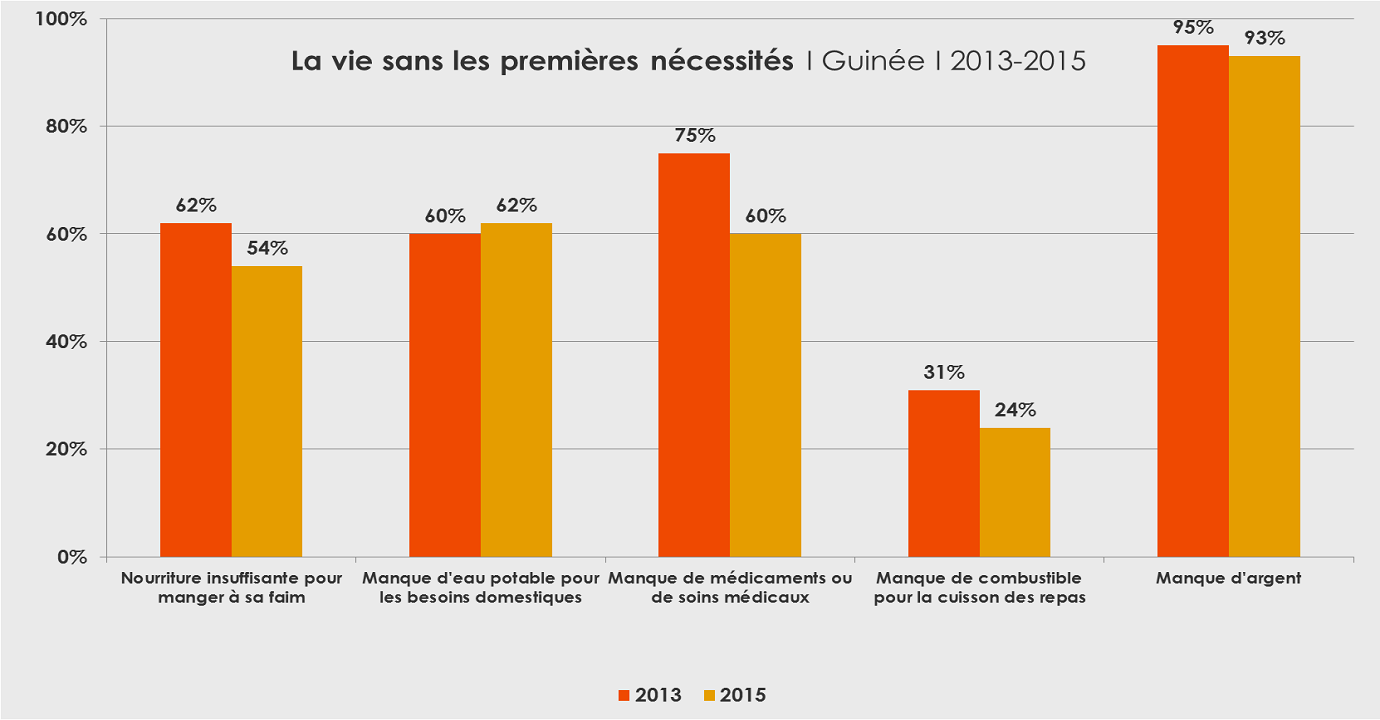