The threat that climate change represents for Uganda and its economic development has been documented for years (Hepworth & Goulden, 2009; Tol, 2009). The Notre Dame Global Adaptation Initiative Index (2019) ranks Uganda as the 15th-most-vulnerable country in the world to climate change, and the 49th-least-prepared country to combat its effects.

The country’s Ministry of Finance, Planning and Economic Development (2018) says prolonged droughts, floods, and irregular rainfall patterns have significantly impacted agriculture, hydro-electricity production, water resources, human settlements, and infrastructure, with long-term implications of persistent poverty and increased food insecurity. To address climate change, the government has committed itself to the United Nations’ Framework Convention on Climate Change and the Kyoto Protocol and has integrated climate-change interventions in its Vision 2040 and five-year National Development Plan (Ministry of Water and Environment, 2015).

According to the most recent Afrobarometer public-opinion survey in Uganda, there is a national consensus that climate conditions for agricultural production have deteriorated over the past decade, that climate change has made life in Uganda worse, and that it needs to be stopped. A majority of citizens say they can help stop it. 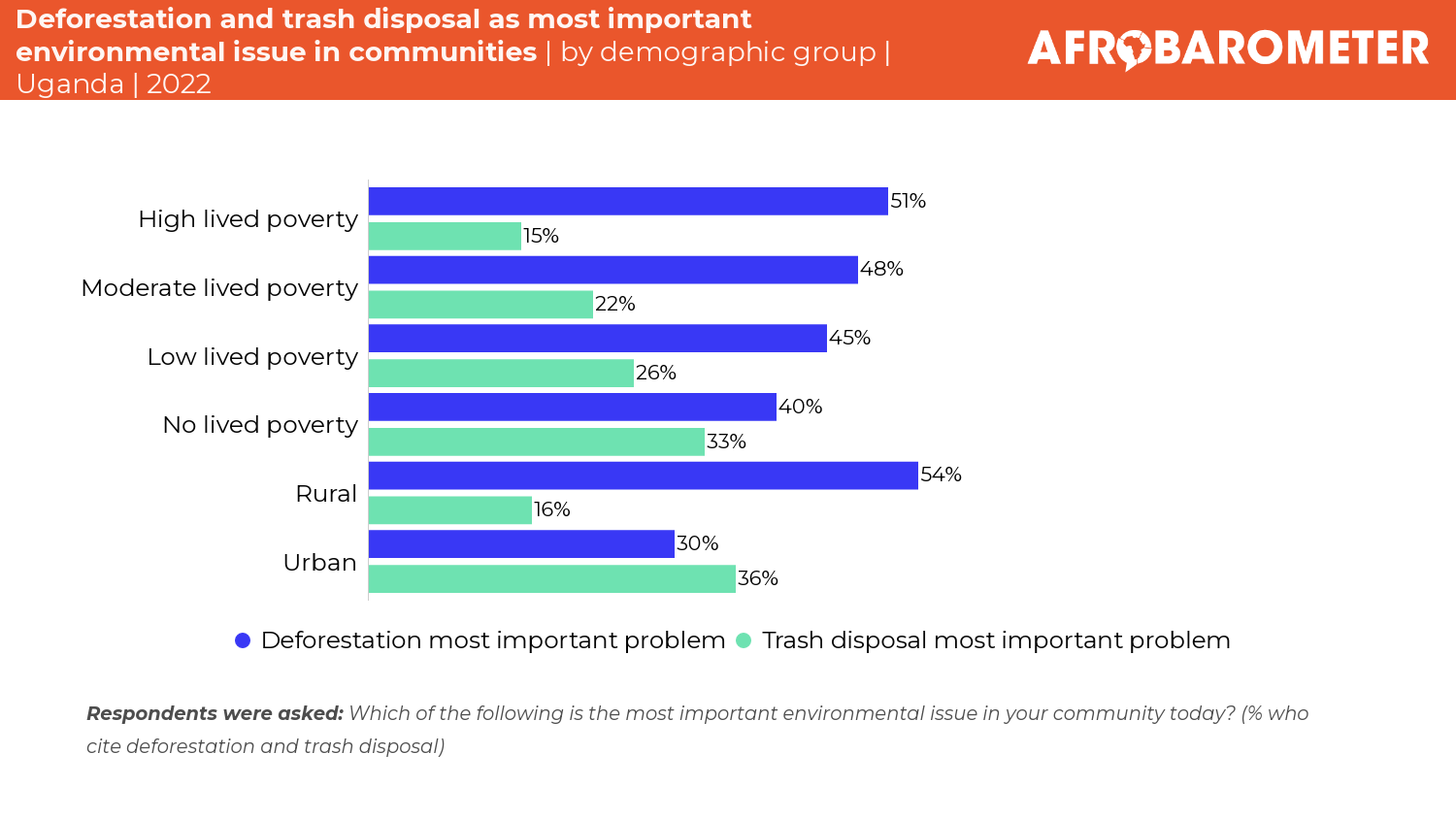 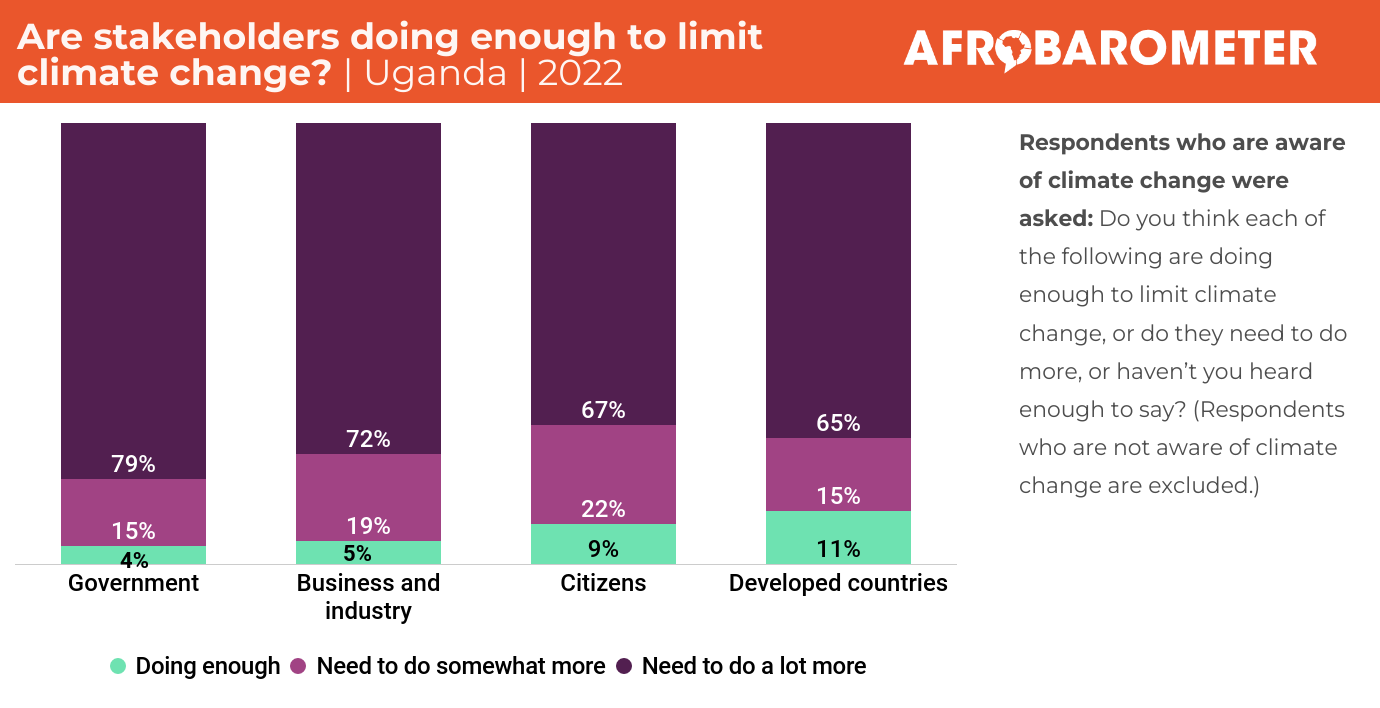