In his first State of the Nation Address, South African President Cyril Ramaphosa (2018) announced “a new dawn” signaling the end of “all the negativity that has dogged our country,” including perceptions of widespread corruption under his predecessor, Jacob Zuma.

Heeding calls from the judiciary and civil society, Ramaphosa has implemented a judicial commission of enquiry into “state capture,” the pernicious corruption within state institutions that has dominated South Africa’s media and public discourse (Chipkin & Swilling, 2018; Southall, 2018), and initiated reforms of malfunctioning state-owned enterprises. The private sector  has also come under scrutiny, including allegations that Steinhoff, a multinational furniture company, was involved in illegal trading (McKune & Thompson, 2018) and that global consulting firms provided support to undermine state entities (Bogdanich & Forsythe, 2018; Niselow, 2018).

Given corruption’s negative effects on the provision of government services and citizens’ trust in institutions and leaders (Felton & Nkomo, 2018), it is worth asking whether South Africans are seeing the “new dawn” that Ramaphosa has promised. Findings from the 2018 Afrobarometer survey show modest improvements in perceived corruption in the Presidency. But most South Africans still see corruption as increasing and bribery as an effective way of bypassing the law.

Moreover, efforts to curb corruption will be hampered by a widespread perception that reporting instances of corruption risks retaliation. 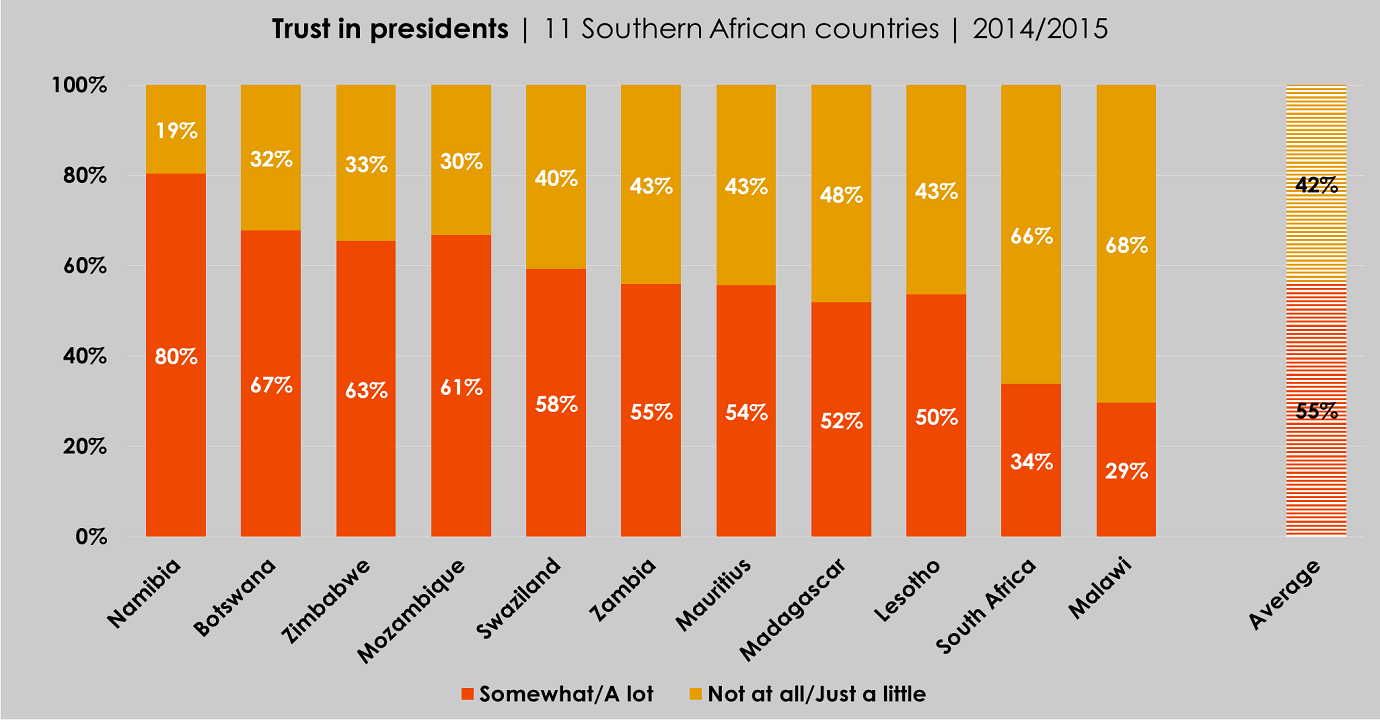