Widespread violence and crime made for a tense build-up to Nigeria’s recent elections, with large swaths of the country effectively under the control of terrorists and frequent headlines reporting armed robberies and kidnappings.

Change has been rapid and remarkable: Within the span of a few months, virtually all territories (and hundreds of captives) have been liberated from extremist groups, and in March and April 2015, elections conducted with minimal disruption turned the incumbent party out of office after 16 years.

Still, security is a top priority for the new government assuming power on May 29, and citizens’ experiences and perceptions with regard to public safety and extremist activities in their country may be valuable in setting the new agenda.

This analysis is based on Afrobarometer survey data collected in December 2014, reflecting views before the recent successes in fighting armed extremism, but informed by long experience of the country’s security challenges.

’Kemi Okenyodo is executive director of the CLEEN Foundation in Abuja, Nigeria. <br /> 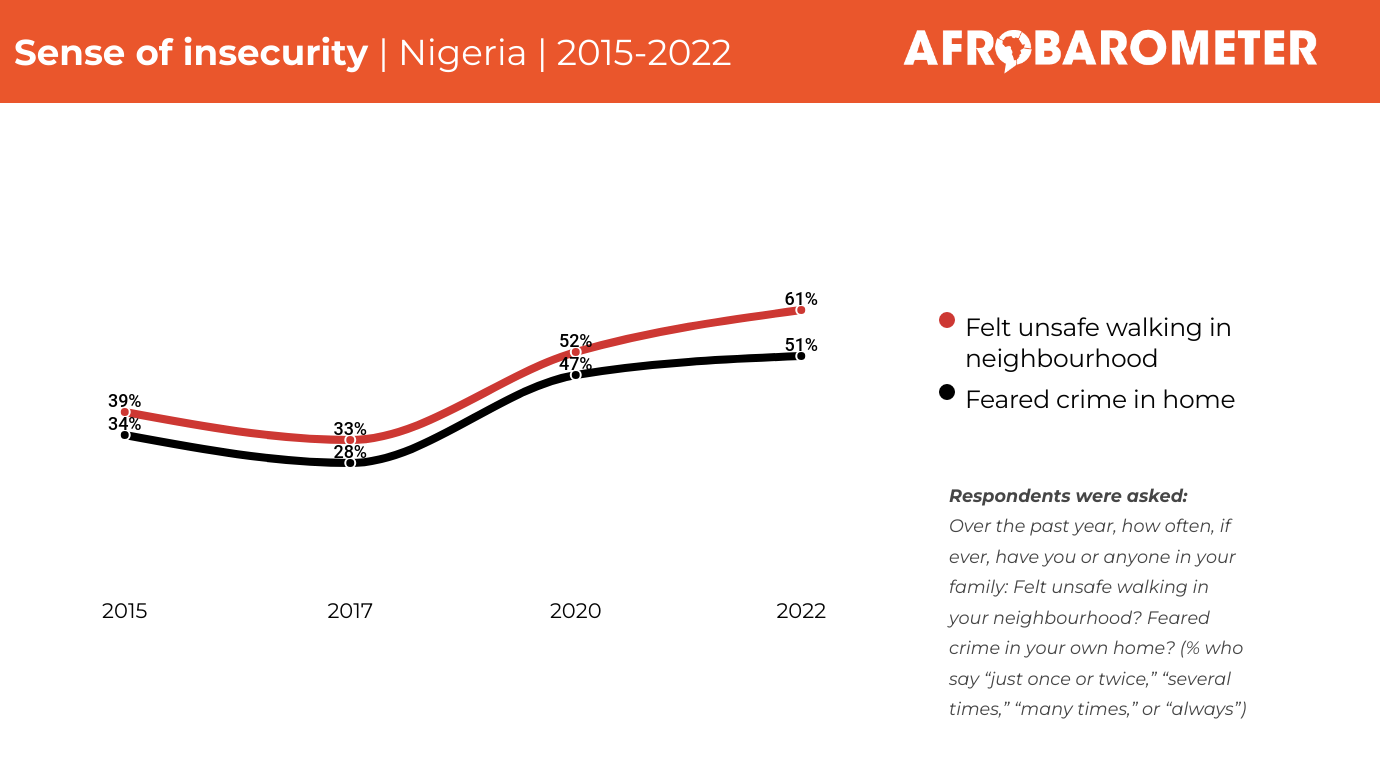