In an interconnected world, migration is inevitable and complex, a source of opportunity and challenge for countries of both origin and destination (International Organization for Migration, 2018; Food and Agriculture Organization, 2017; Boghean, 2016). In recent years, migration has become a high-visibility policy issue around the globe, including in Africa, as tens of thousands have made their way to Europe and hundreds have died trying or been subjected to mistreatment, even sold as slaves (BBC News, 2017; International Organization for Migration, 2015).

In 2015 and 2016, the government of Tanzania suspended more than 70 recruitment agents for household workers and restricted foreign travel by job seekers, arguing that it was protecting young Tanzanians from abusive treatment abroad (allAfrica, 2018).

According to findings from the most recent Afrobarometer survey, about one in six Tanzanians have considered moving abroad – the second-lowest level of interest in emigration among 34 surveyed countries in Africa. Youth and well-educated citizens are particularly likely to think about leaving the country, most often in order to find jobs and to escape economic hardship. The most preferred destination among potential emigrants is another African country. 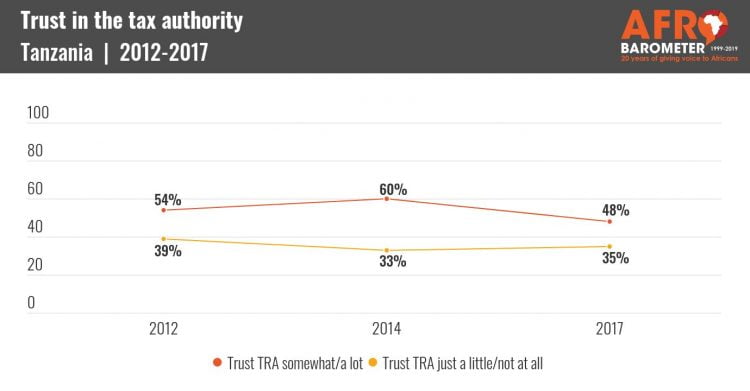