For democracy to be “lived” by ordinary citizens, their ability to engage with others and the state must be protected. While civil freedoms and rights are thus considered core elements of democracies, their mere existence on paper does not mean that citizens will use or benefit from them. In fact, studies have found that the most “free” societies are often characterized by relatively low engagement and participation by citizens (Gray & Caul, 2000; Putnam, 2000), perhaps because they delegate these responsibilities to representatives and only become active if their views or interests are fundamentally threatened (Dalton & Welzel, 2014; Dalton & Shin, 2014). However, in non-consolidated democracies, lack of participation may suggest issues of lack of freedom or access, weak civil society, or a lack of cognitive engagement.

Since Mali democratized in 1992, the Constitution has guaranteed certain civil freedoms, including freedom of expression, freedom of association and assembly, and freedom of the press. Yet at times these freedoms come under attack, as when, during the recent presidential elections, some social media sites were blocked and a radio station was accused of inciting hatred and shut down. Reporters Without Borders (2018) rates Mali 115th out of 180 in its 2018 World Press Freedom Index.

While these incidents make headlines, how do ordinary Malians assess their civil freedoms and their ability to engage with the political system? Using Afrobarometer survey data collected in 2017, we find that a majority of Malians say basic freedoms have expanded in recent years, including citizens’ freedom to join any organization they wish and to express their views as well as the media’s freedom to investigate, report, and criticize. At the same time, more Malians than in the past say they have to be careful about what they say, and only one in four support media freedom from government interference. Many Malians say they participate in community meetings and join others to raise issues, though fewer report contacting their elected officials to share their views. 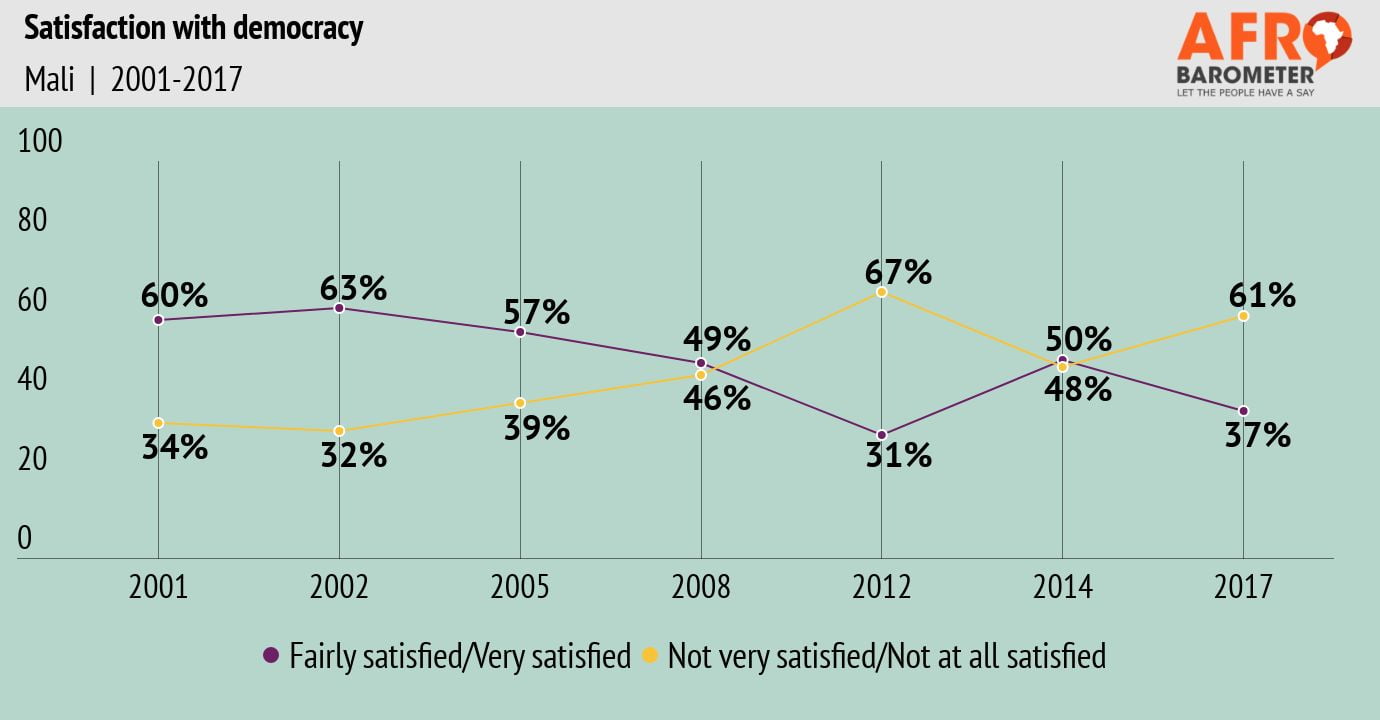