Earlier this year, political tensions in Madagascar threatened to boil over when President Rajaonarimampianina tried to push through election reforms that opposition candidates said in effect blocked them from running (Trevor, 2018; Rabary, 2018; Bozzini, 2018; Manaleng, 2018)). Thousands protested against the change, at least two demonstrators were killed, the Constitutional Court stepped in, and a “consensus government” scrapped significant sections of the controversial proposal and announced elections for November and December of this year (Economist, 2018; News24, 2018; AfricaNews, 2018).

As frontrunners among the 36 presidential candidates – a virtual who’s who of the country’s recent political history – prepared for an expected runoff election in December, which issues are ordinary Malagasy likely to emphasize in their election decisions, and which policy areas will they expect the new government to prioritize?

Findings from the latest Afrobarometer survey show that crime/safety is the most important issue that Malagasy want their government to address. Popular assessments of the government’s performance on reducing crime have declined sharply over the past decade, and many citizens feel less safe than in the past. 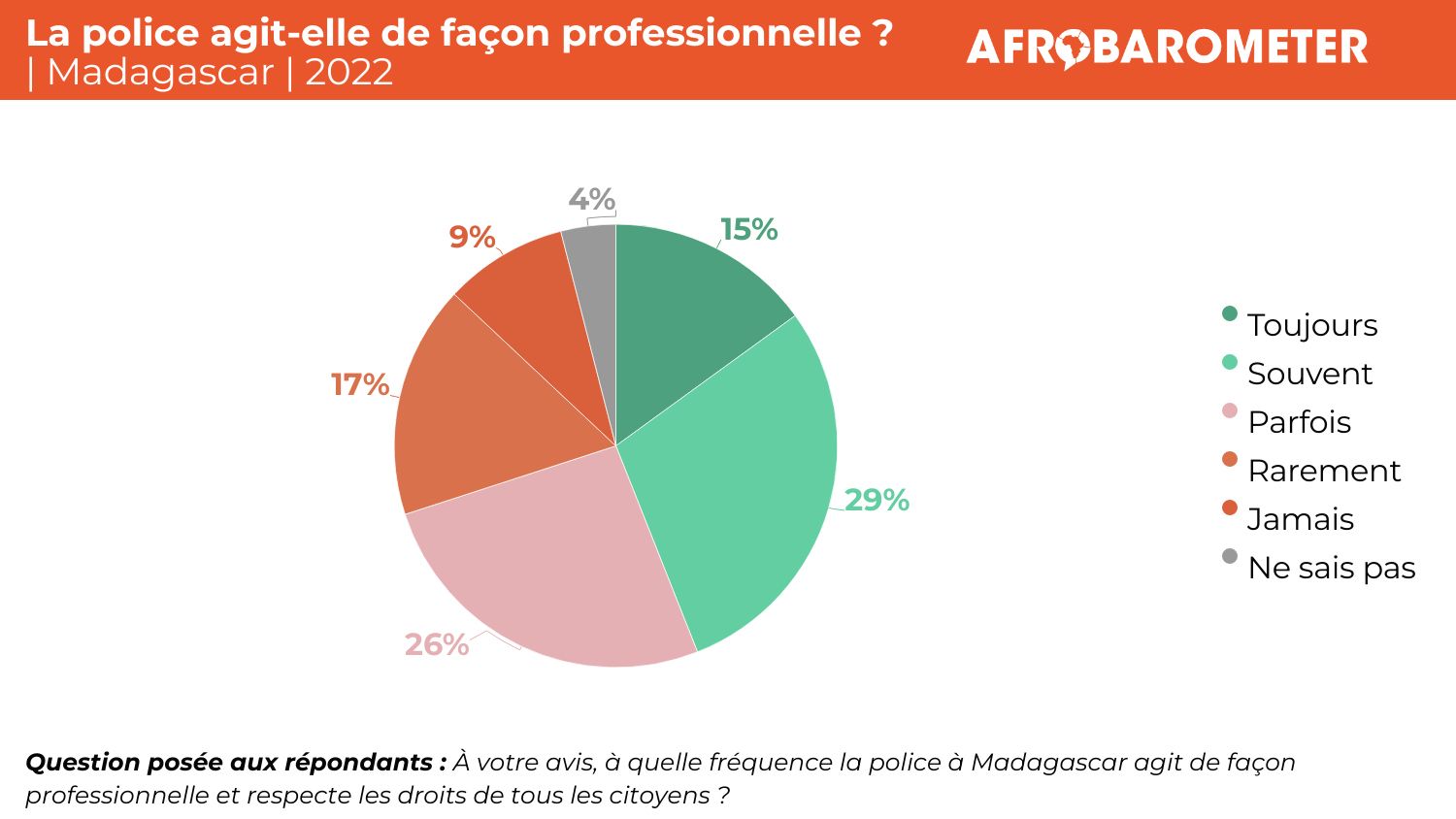