Transparency International consistently ranks Zimbabwe among the most corrupt countries in the world (156th out of 175 countries in its 2014 Corruption Perceptions Index). In the latest Afrobarometer survey, a majority of adult Zimbabweans say that the level of corruption in the country has increased over the past year. A majority believe that most or all members of the police force are involved in corrupt activities, and a substantial proportion of respondents say they paid bribes to procure identity documents or avoid problems with the police. Most Zimbabweans say the government is performing badly in its fight against the scourge.

Incidents of corruption are under-reported for a variety of reasons, including fear of adverse consequences, and many Zimbabweans appear to feel helpless to combat corruption. Nonetheless, a majority believe that the news media should constantly investigate and report on government mistakes and corruption. 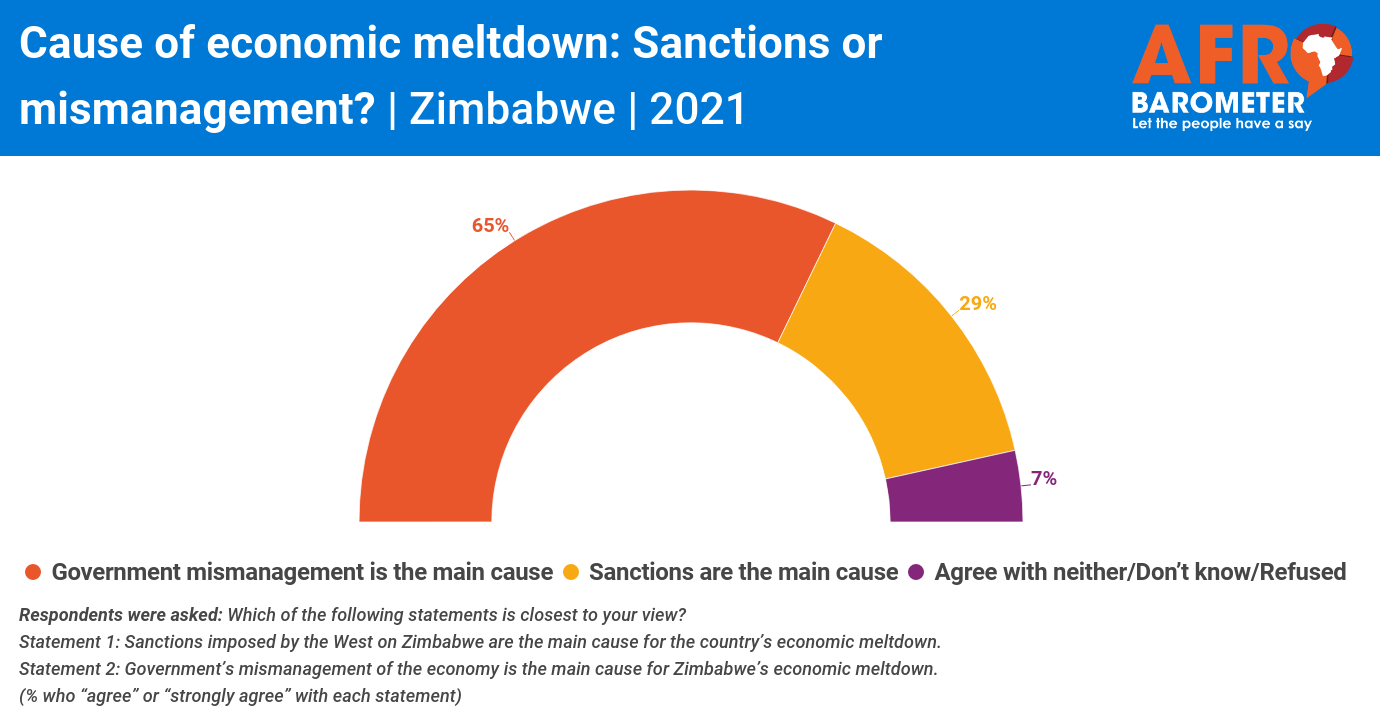 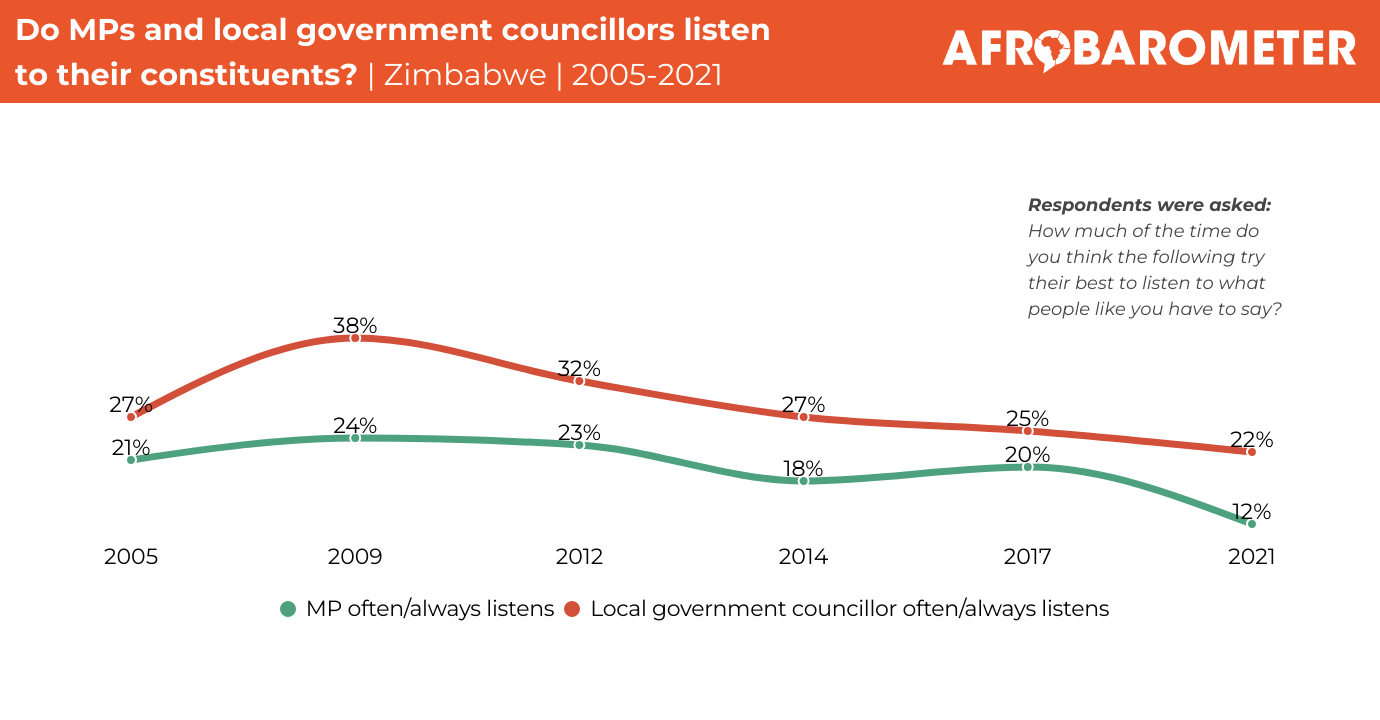