In Gabon, violence ensued after President Ali Bongo was accused of electoral fraud in his narrow re-election victory in 2016 (Hoije & Batassi, 2018). Legislative elections were scheduled and repeatedly postponed until the Constitutional Court dissolved Parliament and called for the government to step down in May 2018 (Reuters, 2016; Muisyo, 2017; Agence FrancePresse, 2018). While elections have been scheduled for October 2018, constitutional amendments in January 2018 have strengthened the president’s powers, and many fear that Bongo’s “constitutional power grab” could be setting up a further executive dynasty in Africa (Kiwuwa, 2018).

Given their recent experiences with elections, how do ordinary Gabonese view the electoral process in their country? Based on Afrobarometer survey data from 2017, this dispatch finds that support for choosing leaders through elections has decreased since 2015. An overwhelming majority of Gabonese see their most recent national election as less than free and fair, and many believe that people have to be careful about how they vote. Most say the government is doing a poor job of preventing political violence at election time, and looking ahead, fewer than one in three Gabonese feel that improvements to the electoral process are likely. 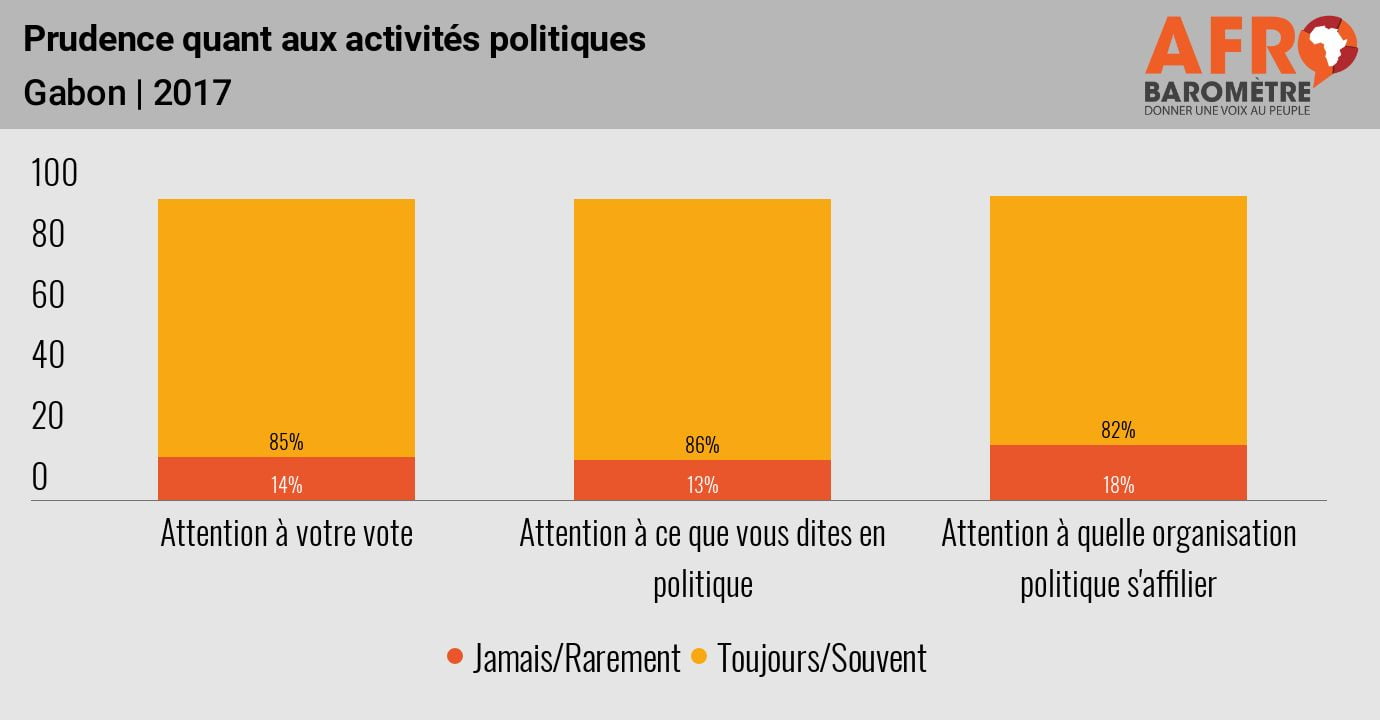 Working paper
WP182: Is there an anti-politics of electricity? Access to the grid and reduced political participation in Africa
14 May 2019
External publication
Gabon violence reflects longstanding and deep mistrust of election handling
6 Sep 2016