In 2010 and 2011, Tunisians launched a wave of protests that led to the overthrow of President Zine El Abidine Ben Ali, ending 23 years of iron-fisted rule marked by the repression of public and individual freedoms. Since then, the country has achieved several democratic milestones, among them the establishment of a Constituent Assembly, the drafting of a new Constitution in 2014, and the organization of four successful elections, including local elections held in May 2018 after being postponed four times. Tunisia was also recently classified as a democracy and ranked 69th out of 167 countries by the Economist Intelligence Unit’s Democracy Index – a dramatic improvement from the 144th rank in 2010 (Economist Intelligence Unit, 2010; 2018).

However, the country has also witnessed a sharp political split, political assassinations, terrorist attacks, and persistent economic and social challenges. In less than eight years, Tunisia has had eight governments, the most recent of which has been asked to resign or seek a renewal of trust from the Assembly of People’s Representatives. Political parties are split on whether to maintain Youssef Chahed as the head of government (Reuters, 2018a). Economic and social conditions, difficult since 2011, have worsened, with an unemployment rate of 15.3% as of the first quarter of 2018, a trade deficit exceeding 15 billion dinars as of May 2018, and an inflation rate of 7.5% as of July 2018 (National Institute of Statistics, 2018).

These challenges combine to cast a cloud of uncertainty over the democratic process in Tunisia, especially with the approach of legislative and presidential elections scheduled for 2019. Some analysts blamed low voter participation in the recent municipal elections on candidates’ inability to address the country’s pressing economic problems (Erem News, 2018).

New Afrobarometer survey results reveal that Tunisians hold gloomy views of national economic conditions, that support for democracy is continuing a downward trend, and that almost half of all citizens are not satisfied with the way democracy works in Tunisia. 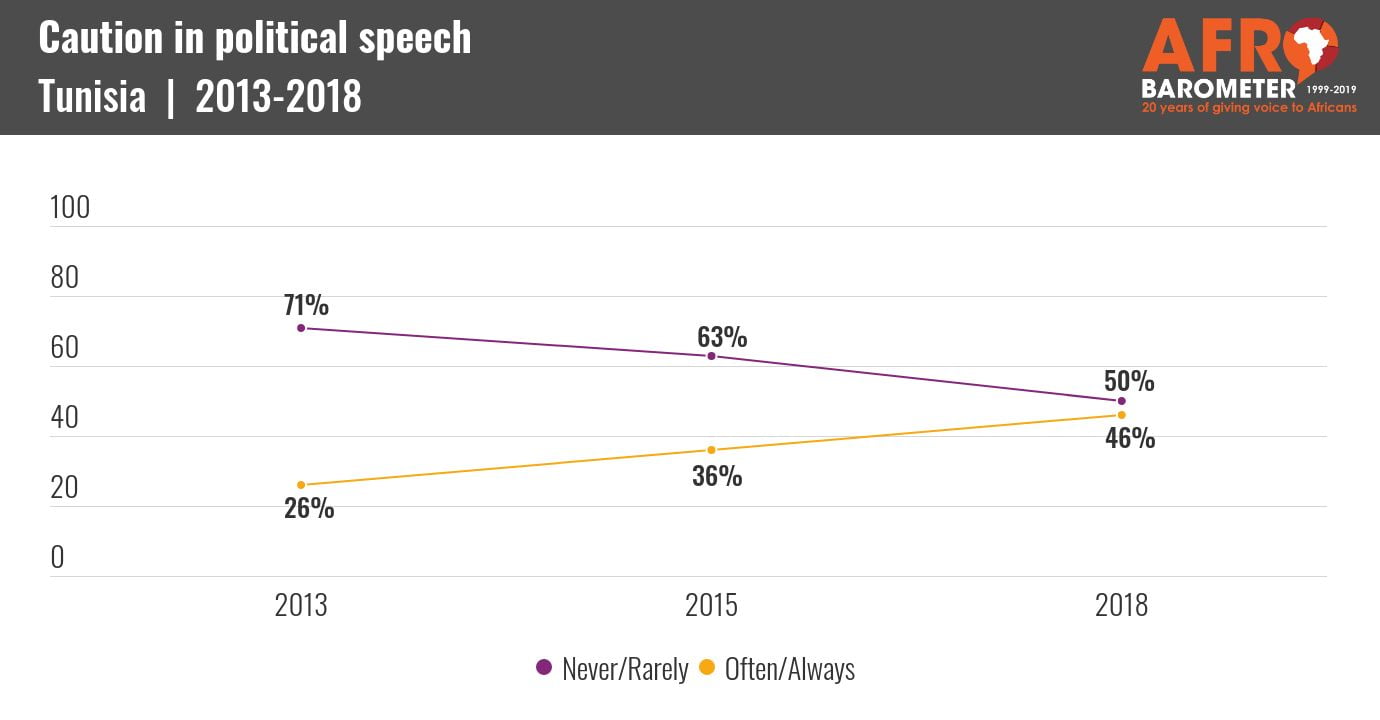