Migration has become a top-of-mind and highly politicized issue. In a context of high poverty and unemployment in developing countries and demand for skilled young workers in many developed economies, global streams of people are likely to continue (Rapoza, 2017). Migration can have positive as well as negative consequences for both origin and destination countries. In destination countries, emigration may fill gaps in skilled and unskilled labor. In origin countries, family and friends receive remittances, which help the economy through increased spending. On the other hand, “brain drain” hurts emerging economies in the global South as the best young minds seek education and employment abroad (Capuano & Marfouk, 2013; Kekana, 2018; O’Toole, 2018). And populist movements in Europe and the United States have targeted immigration as a supposed threat to domestic employment, security, and national culture (Galston, 2018; Roth, 2017; Ratcliffe, 2017).

In 2016, Nigerians made up the largest migrant populations entering Italy and Greece (Ikeke, 2017). Nigerians have also been identified as the largest cohort of migrants trapped in Libya in the protracted Mediterranean migrant crisis (Eurostat, 2015). The International Organization for Migration (2018) reported that between May 2017 and January 2018, more than 6,700 Nigerian migrants were returned home from Libya through the efforts of Nigerian and international agencies.

How do ordinary Nigerians see emigration and its causes? Findings from a recent Afrobarometer survey show that more than one in three Nigerians have considered emigration, though far fewer are making actual plans to leave. The data support concerns about brain drain: Young and educated Nigerians are most likely to consider going abroad. Finding work and escaping economic hardship are most often given as the main reason to consider emigrating. 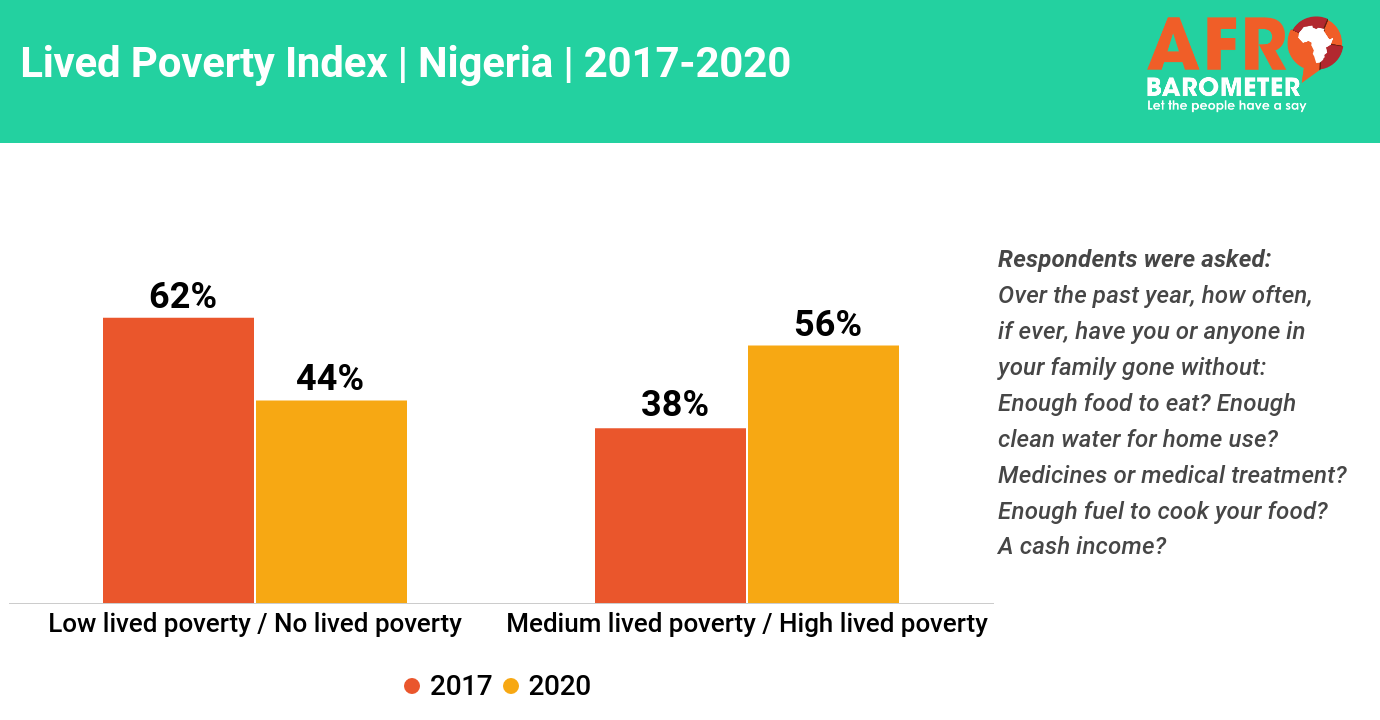