Metropolitan, municipal, and district assemblies (MMDAs), along with complementary sub-structures, are the major features of Ghana’s decentralized local government system initiated in the early 1990s. The core functions of MMDAs, as set out in the 1993 Local Government Act (Act 462), include ensuring the overall development of the district by a) preparing district development plans and budgets, b) initiating programs for the development of basic infrastructure, and c) providing municipal works and services in their jurisdictions.

In 2009, MMDA responsibilities were extended with the establishment of 16 new decentralized departments under their remit to support the local delivery of services, including a) managing public health/sanitation and environmental protection, b) maintaining roads and public transport, and c) planning and budgeting.

At the heart of Ghana’s decentralization is the idea of giving “voice” to citizens in local governance. A critical requirement of the Local Government Act is the regular interface between elected local government representatives and citizens. For instance, the law requires that elected councillors meet constituents before every meeting of the assembly and that they consult the electorate on issues to be discussed in the assembly, collate their views and proposals, and submit them to the assembly for consideration. In addition, elected councillors are expected to provide their constituents with feedback on the general decisions of the assembly and the actions taken to address their problems or concerns. 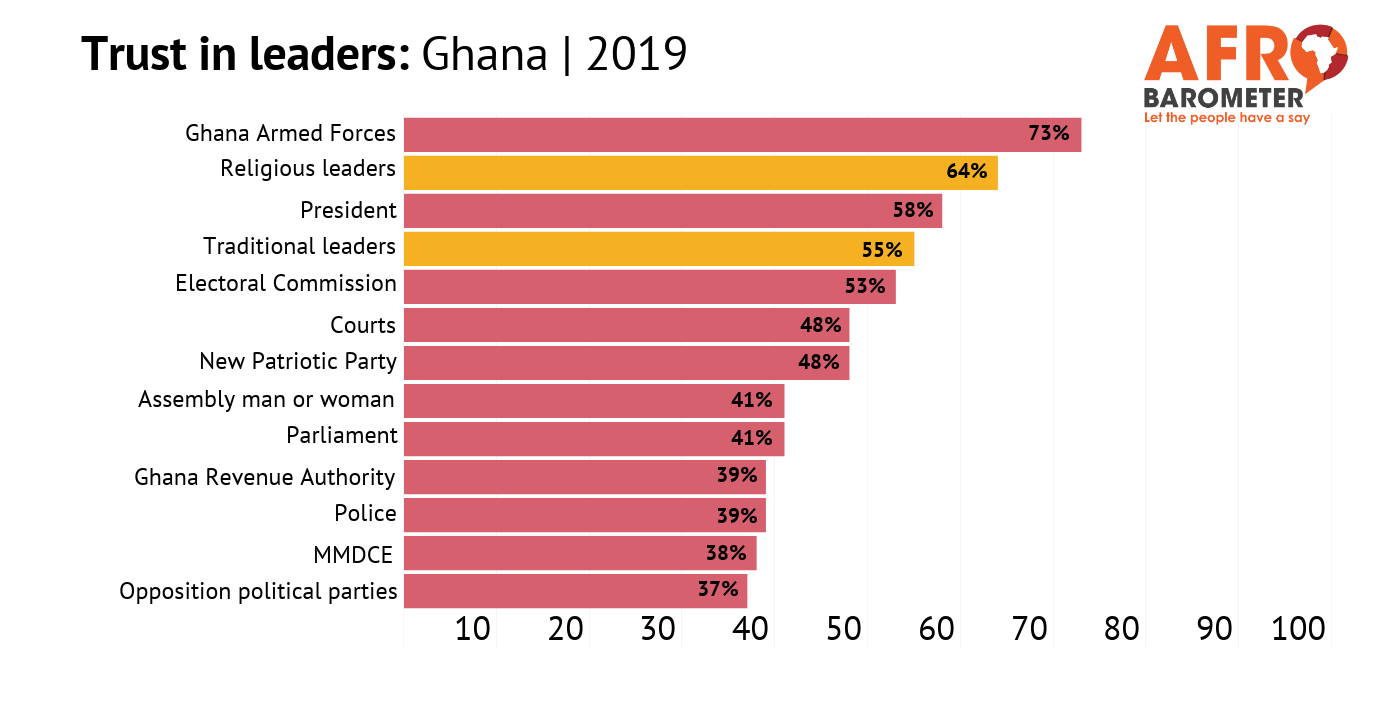 Dispatch
AD355: Trusted and influential: Religious and traditional leaders can be assets in COVID-19 fight
20 Apr 2020
Briefing paper
BP49: How Ghanaians rate the performance of the NPP administration
1 Jun 2008