Since its independence in 1968, Mauritius has taken pride in promoting its development based on democracy, good governance, human rights and freedoms, and the rule of law. Its Constitution affirms that all Mauritians should benefit from the right to equal protection and assistance of the law against any form of discrimination.

The country has shown its commitment to the promotion and protection of human rights by being a party to all major international human-rights instruments, including conventions and optional protocols on the rights of women, people with disabilities, and children, including children involved in armed conflict, trafficking, prostitution, and pornography (Varma, 2013). The government’s Equal Opportunities Commission (EOC), established in 2012, handled more than 1,000 discrimination complaints between 2012 and 2014, most related to ethnic origin and political opinion (Equal Opportunities Commission, 2014).

On International Women’s Day 2018, Prime Minister Pravind Jugnauth praised progress on women’s empowerment in the public sector but highlighted the need for the private sector to be more sensitive to gender equality, adopt a more proactive approach, and eliminate barriers and discrimination against women (Republic of Mauritius, 2018).

According to the latest Afrobarometer survey, most Mauritians do not experience ethnic, religious, or gender discrimination and harassment, but some still do – especially AfroMauritians, Muslims, and women. 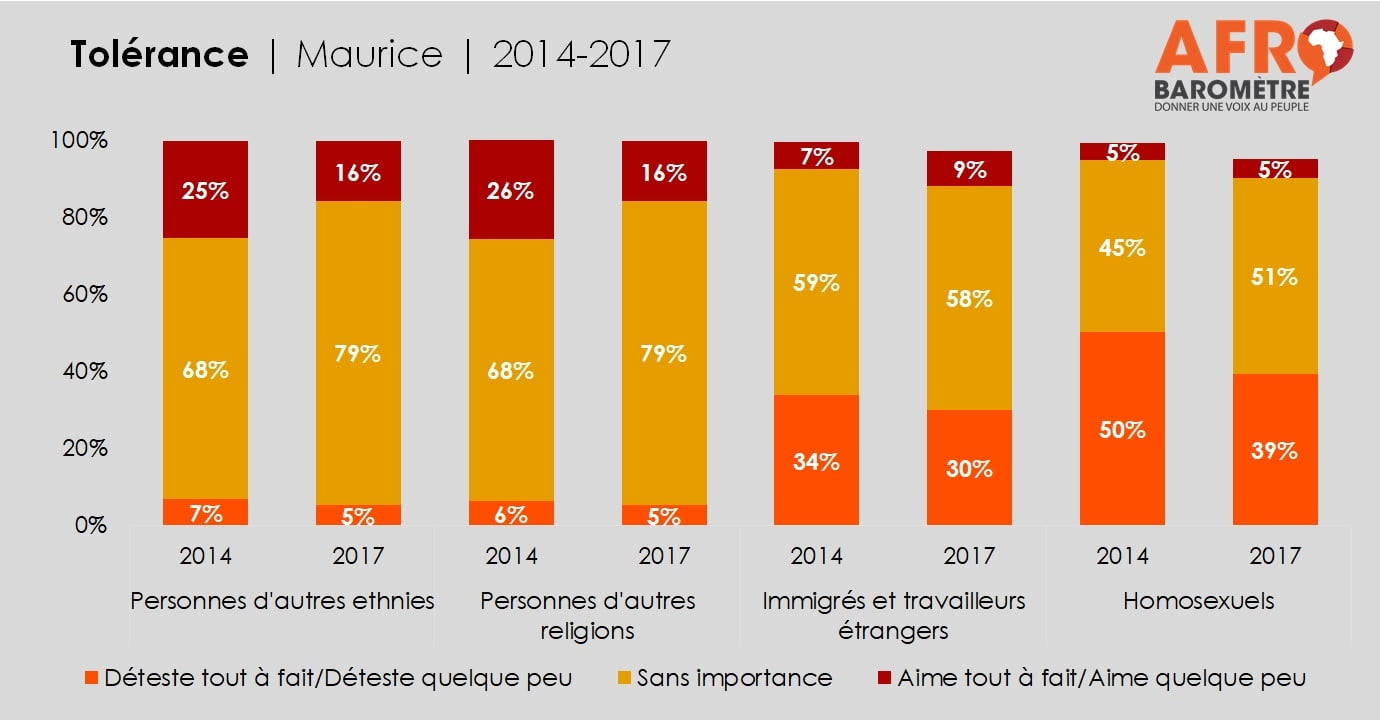