Namibia performs well on many gender-equality indicators, including gender representation in governance. According to the Inter-Parliamentary Union (2017), Namibia currently ranks 12th globally and fourth on the African continent for the proportion of women in Parliament. Getting to this level of gender representation required a number of important changes in recent years, most notably the adoption of a 50/50 alternating party list by the majority party, Swapo, which holds 80% of National Assembly’s voting seats (Gender Links, 2014).

According to the latest Afrobarometer survey findings, Namibians want more of this. They believe that not only should gender quotas be applied more broadly in both the National Assembly and in regional councils to bring about greater gender equality, but they also feel that the performance of the National Assembly has improved in recent years due to the increased number of women in this house.

On the whole, Namibians believe that the government is doing a good job on gender equality and prevention of gender-based violence, and more than two-thirds of citizens say that equal opportunities and treatment of women are better now than they were a few years ago.

That said, survey findings also demonstrate that much work remains to be done to ensure that Namibians fully experience the gender equality envisaged in Namibia’s Constitution and gender policies. Despite strong gender-equality attitudes, 14% of Namibians say they experienced discrimination based on their gender during the previous year, and a majority believe that it is better for women to have the main responsibility of taking care of the home and children.

Finally, women continue to trail men in their interest in politics, although differences in political participation are slight.

Nangula Shejavali is a research associate for the Institute for Public Policy Research in Namibia.<br /> 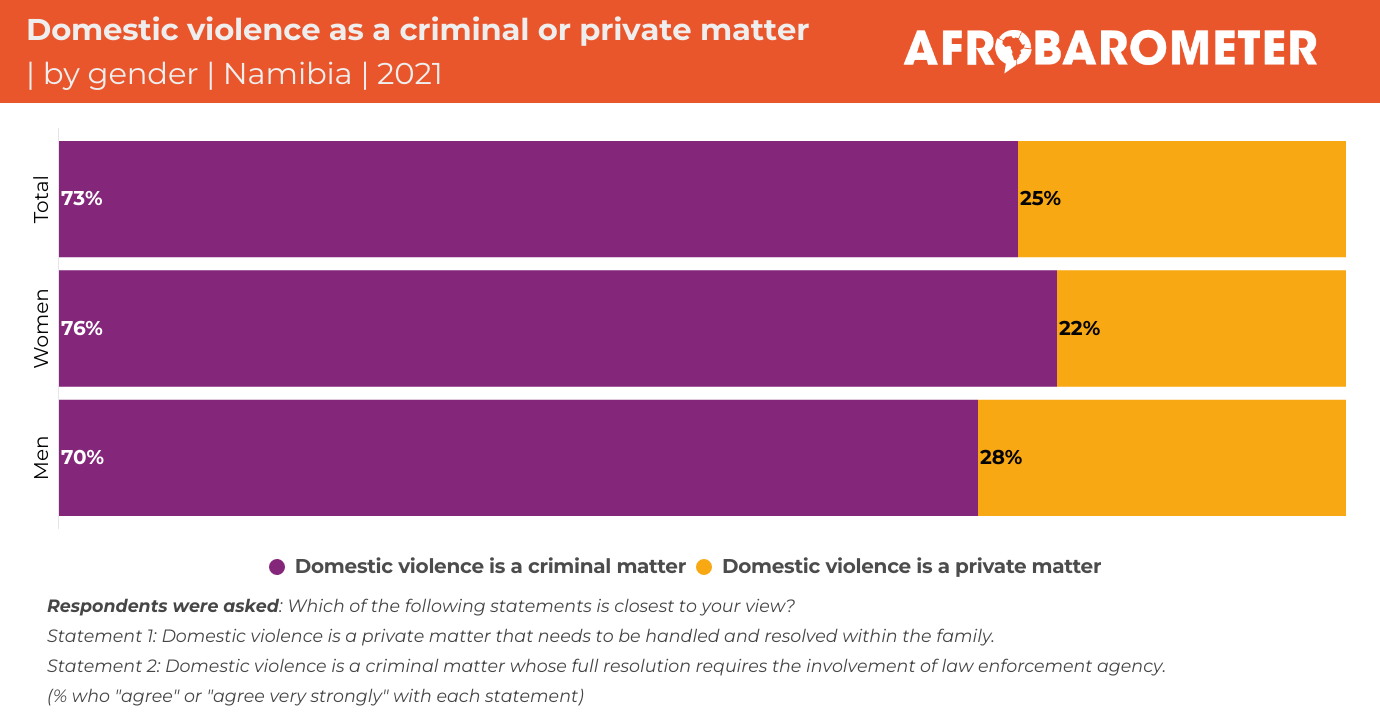 News release
Majority of Namibians say gender-based violence is common, should be treated as a criminal matter
7 Mar 2022
Working paper
WP37: Marginalisation in Southern Africa: Transformation from below?
3 Apr 2004 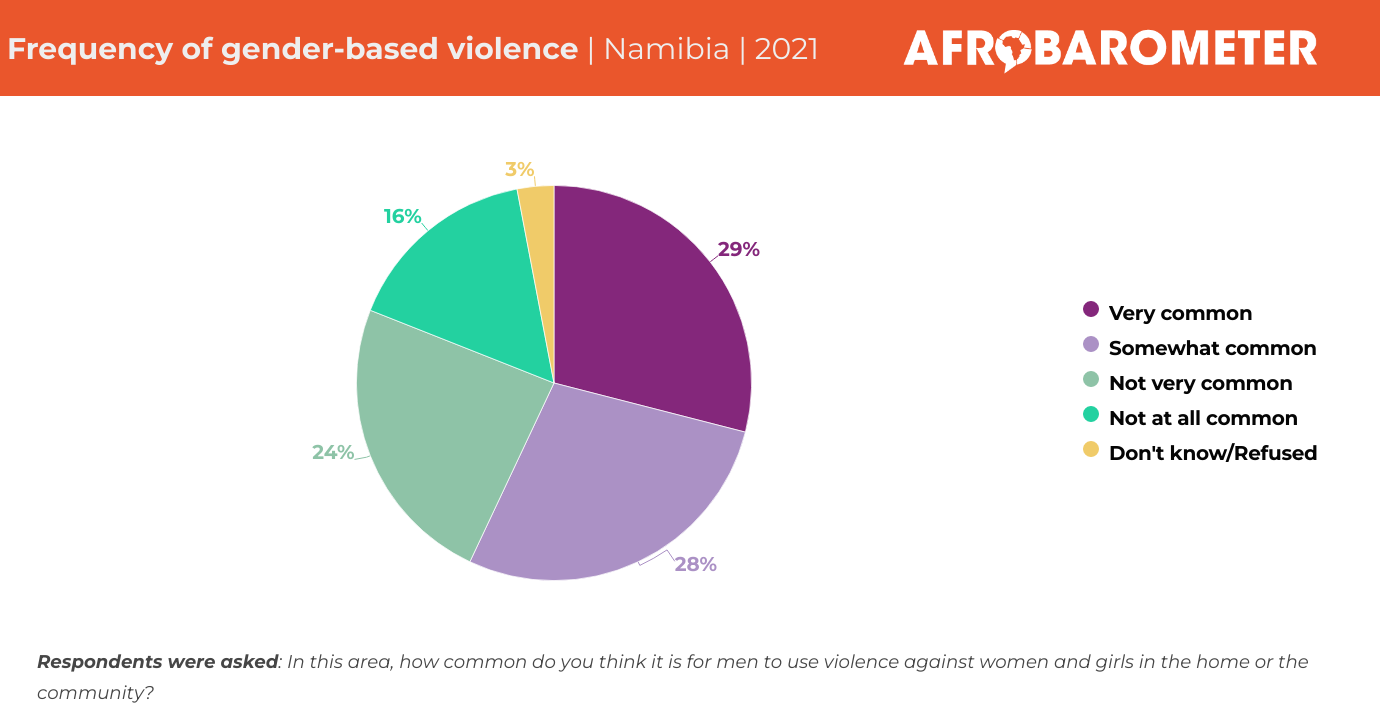