Namibians express increasing levels of support for women in political leadership, but Namibian women continue to trail men slightly in their interest in public affairs and participation in civic action, according to the latest Afrobarometer survey.

Compared to men, Namibian women show higher levels of support for women in political leadership, are more likely to believe that women should have an equal chance of becoming political leaders, and turned out in larger numbers to register to vote in the 2014 elections. But they remain somewhat less likely than men to participate in certain kinds of community activities that demand action from government and to contact government officials and traditional leaders about an important issue.

Despite significant gains in increasing the number of women in the National Assembly, women continue to express somewhat less interest in politics than men. On the positive side, interest in political affairs has been on a steady rise amongst both men and women since 2008.
A topline gender issue is that of gender-based violence (GBV). One in 10 survey respondents say that they or family members were victims of GBV in the past year. Most Namibians view alcohol as a major contributing factor to GBV, whereas cultural and traditional norms are not perceived as top contributing factors to this type of violence.

Nangula Shejavali is a research associate for the Institute for Public Policy Research in Namibia.<br /> 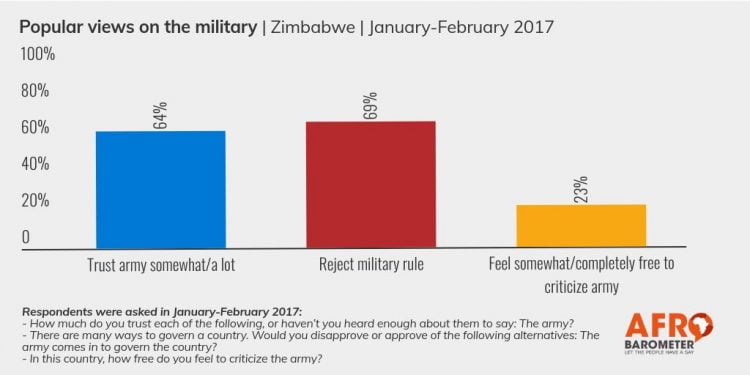 News release
Zimbabweans trust the army, but don’t want to be ruled by the army, support democracy
15 Nov 2017