Much of the rhetoric ahead of Mali’s national elections in July has focused on security and reunification in the face of a continuing armed rebellion in the North (Bekow, 2018). Perhaps less obviously, the stakes are also high when it comes to what Malians demand from their government and their democracy.

Malians’ highest priorities, according to 2017 survey findings, are food security, good governance, access to health services and water, poverty alleviation, and economic growth (Coulibaly, 2018). As of February 2017, citizens gave the government negative grades on most of these issues.

In tandem with declining performance ratings for the government, Malians expressed increasing dissatisfaction with their democracy. Although general support for democracy, elections, and government accountability appeared solid, citizens had considerable reservations about multiparty competition, the electoral commission, their security during election campaigns, and the way their democracy is functioning.

While these do not predict voting priorities and intentions, they do suggest that the upcoming elections could prove pivotal in how Malians view democracy and its benefits to their quality of life. 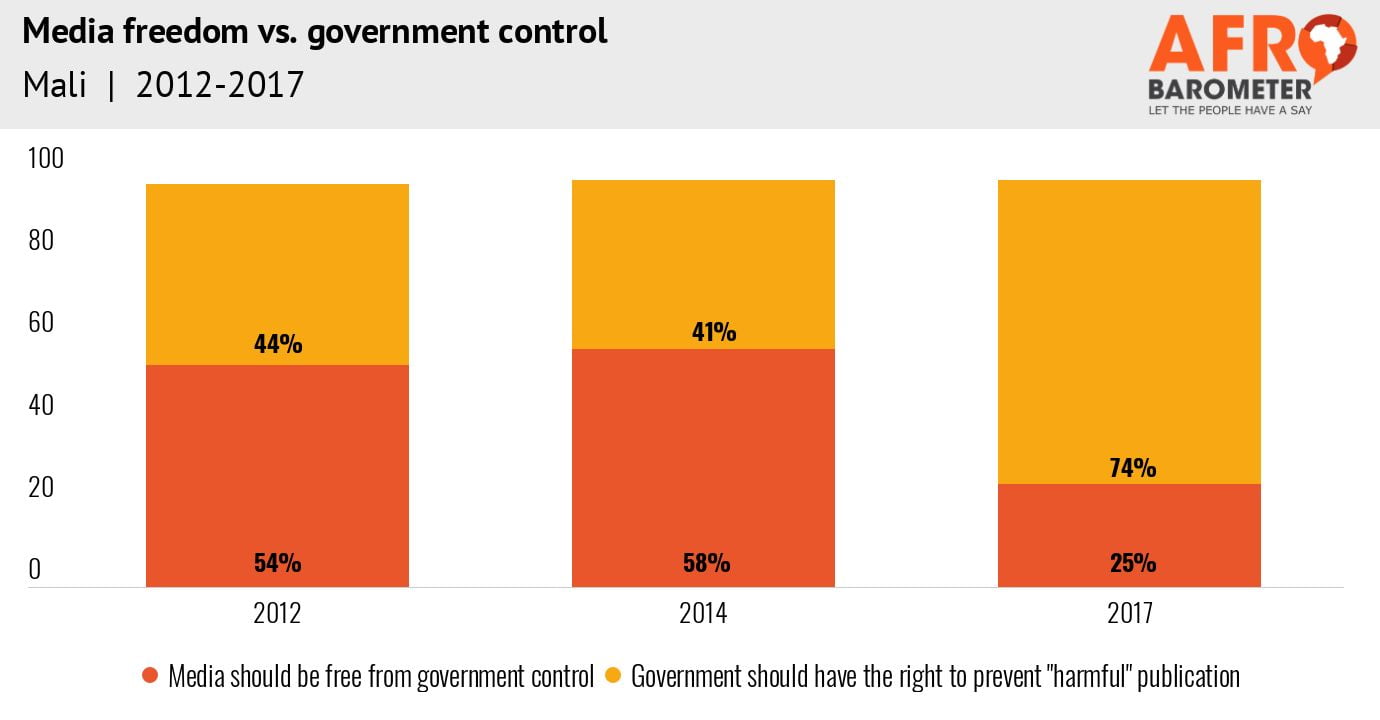