Corruption is one of the largest impediments to economic growth, human development, and alleviation of poverty in Africa (Transparency International, 2015; United Nations Economic Commission for Africa, 2016; Bratton & Gyimah-Boadi, 2016). Studies have shown that corruption is particularly harmful to the poorest and most vulnerable, who depend most heavily on the state for services and lack the ability to vote with their wallets (Peiffer & Rose, 2014).

Zambia ranks 96th – toward the middle among 180 countries worldwide – on Transparency International’s 2017 Corruption Perceptions Index, placing it 15th from the top (best) among sub-Saharan African countries. While the government has created a National Program on Governance and anti-corruption committees in all of its institutions, the country’s Bribe Payers Index has made headlines with reported increases in the prevalence of bribe payments (Maingalia, 2015; Ngosa, 2018). For 2017, the Zambian Financial Intelligence Centre (2018) received reports of suspected corruption worth about U.S. $622 million, many of them linked to public procurement contracts. In January, Foreign Minister Harry Kalaba cited slow government action against corruption as a reason for his resignation; even though some suspect Kalaba’s decision was a political maneuver rather than a genuine protest, it emphasizes the high-profile role that corruption has assumed in Zambia’s domestic policy narrative (Sharman, 2018).

How do ordinary Zambians view corruption in their country? Afrobarometer survey findings show that a growing number of Zambians see corruption levels in the country as rising and give the government a failing grade on its anti-corruption efforts. An overwhelming majority of Zambians think that rich people can use corruption to gain illicit advantages. And only about half think that ordinary citizens can make a difference in the fight against corruption – perhaps in part because most fear retaliation if they report bribery to the authorities. 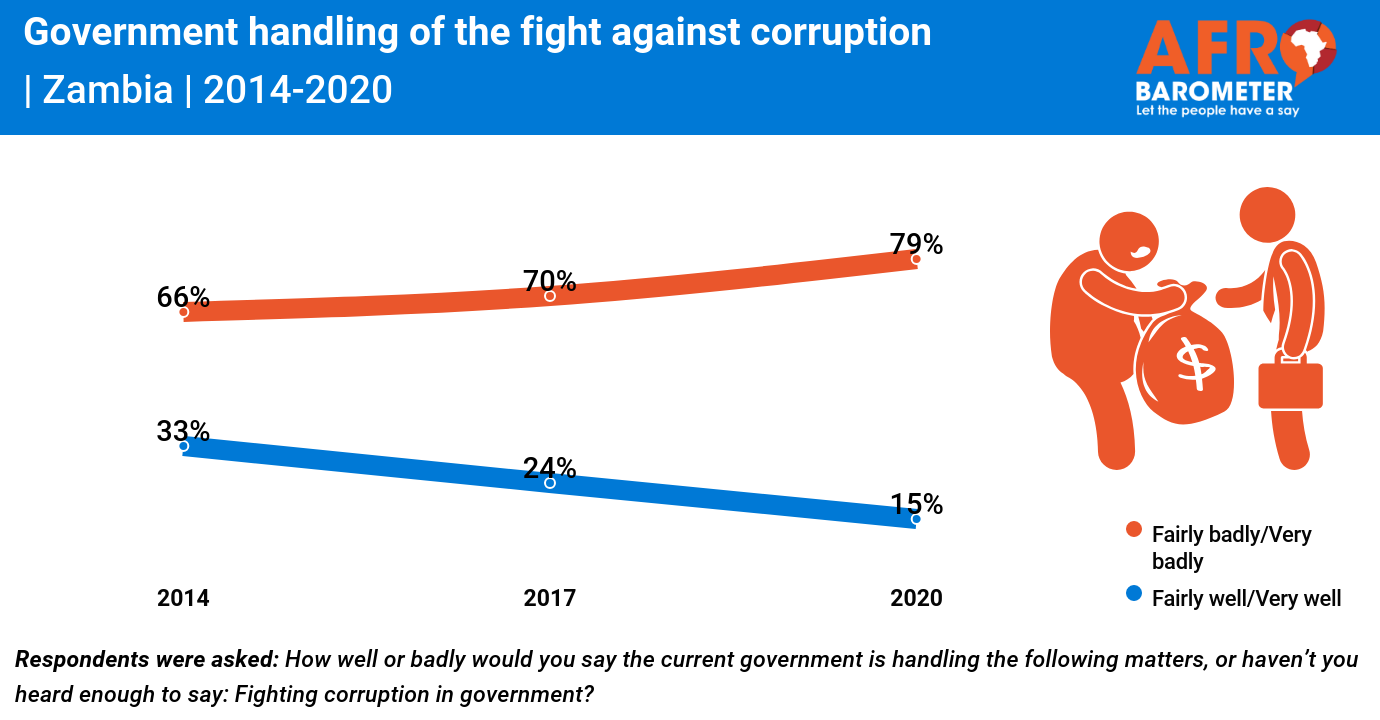