Islam’s roots in Mali reach back centuries, and at times have nurtured social and political as well as religious hopes. During the colonial period, Islam became an instrument of resistance; the French responded by trying to play a moderate “black Islam” off against a more threatening “Arab Islam.” Islam played no major role in post-independence politics, but after democratization in 1991, during a phase of weak state authority, Islam helped fill a void in socioeconomic and political leadership (International Crisis Group, 2017).

How do ordinary Malians view the role of Islam in their country? Data from the latest Afrobarometer survey show sharp divisions. A modest majority of Malians think Islam should be the country’s official religion, and almost half support the introduction of Sharia law. At the same time, a majority agree that Islam restricts personal freedom and is being used by politicians.

But Malians soundly reject claims that Islam promotes violence and is incompatible with social and economic progress. 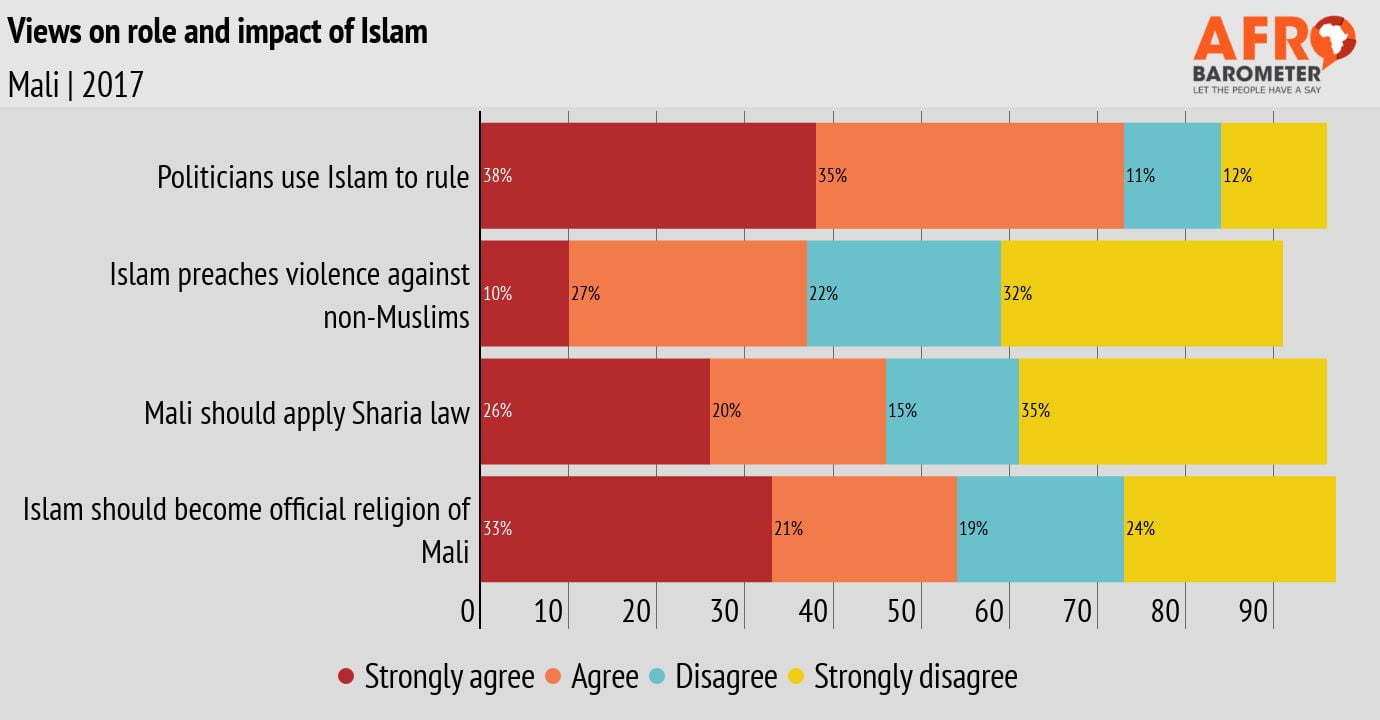