Citizens’ perceptions tell a similar story: According to the most recent Afrobarometer survey, the share of Namibians who think the economy is doing poorly is at a historic high, triple the proportion in 2014, and almost two-thirds say the government is doing a bad job of managing the economy. Yet more than half describe their personal living conditions as good, and a majority expect things to get better over the coming year.

Even though youth tend to rate their own living conditions more favourably than their older counterparts, they are particularly critical of the government’s economic management. They are also more likely than their elders to be thinking about moving to another country. Economic considerations feature heavily in these thoughts: By far the most common reason for considering emigration is to find work.

Maximilian Weylandt is a research associate for the Institute for Public Policy Research, the Afrobarometer national partner in Namibia. 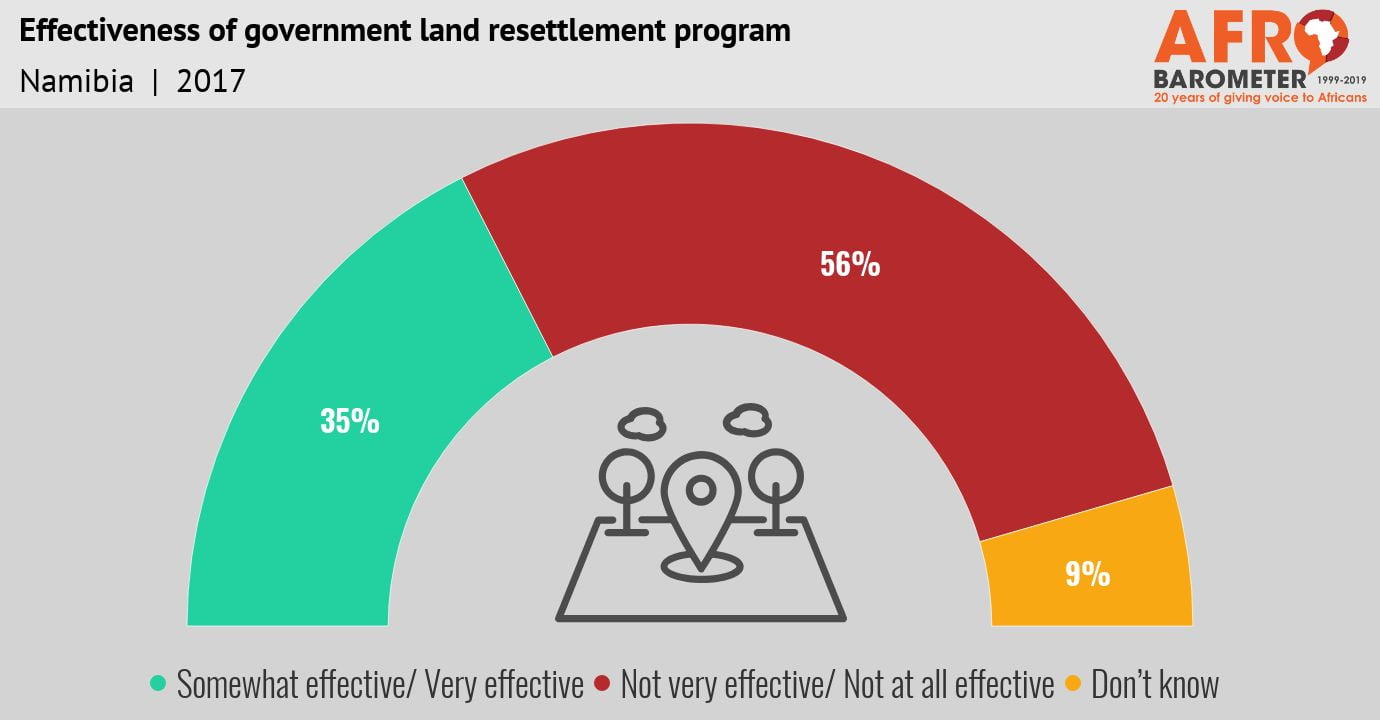 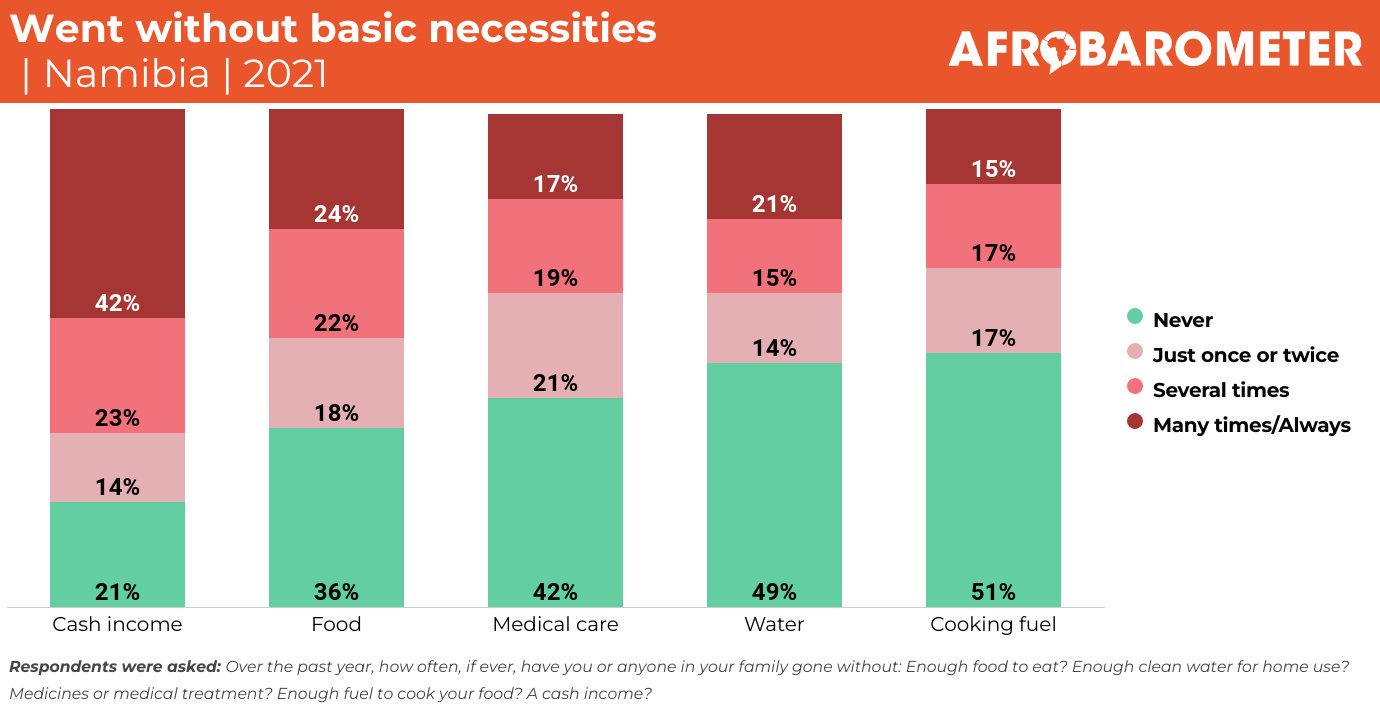 News release
More than half of Namibians experienced moderate or high lived poverty in past year, Afrobarometer survey shows
13 Jul 2022