Over the past several years, Nigeria has been plagued by various forms of violence, most prominently those linked to violent extremism in the Northeast and communal conflicts between herders and farmers in the central and southern zones. Analysts have attributed the deterioration of security in Nigeria to a wide range of causes, including weak or exploitative governance systems (Africa Center for Strategic Studies, 2017), inequality and injustice, ethno-religious conflicts, porous borders, rural-urban drift, poverty, and unemployment (Abdu & Okoro, 2016).

Bombings, kidnappings, and intimidation by Boko Haram have killed more than 20,000 people and led to the displacement of about 2.6 million others (Daily Nation, 2018). Violent conflicts between nomadic herders and farmers over the use of land and water, destruction of farms, and theft of livestock (Relief Web, 2017) have also increased in recent years, killing an estimated 2,000-3,000 people since 2016 (Africa News, 2018) and costing the country at least $14 billion in potential revenues annually due to the loss of crops and livestock in Nigeria’s rich agricultural zone (Mercy Corps, 2015). Benue and Plateau states in North Central Nigeria have been worst hit by these herder-farmer clashes.

The Nigerian government has made widely reported inroads in the fight against armed extremism, including recovering some local government territories previously under Boko Haram control in the Northeast (Telegraph, 2016) and helping free captives (Punch Nigeria, 2016). The president has also taken some steps to end the herder-farmer conflicts –  including deploying special forces and ordering the Inspector General of Police to relocate to Benue – although critics complain he’s done too little (Toromade, 2018) and affected communities have resorted to self-protection and the formation of ethnic militia (Amaza, 2018).

Afrobarometer’s latest survey indicates that Nigerians praise government and military efforts to fight violent extremism but report relatively high levels of fear and personal experience of such violence. They see extremist groups as receiving support from a wide variety of sources in the government, military, and extremist organizations abroad, and they believe that the most effective steps the government can take to fight their activities are to strengthen the economy as well as the military response. Most Nigerians are also concerned about the herder-farmer conflicts, and only about half think the government has been effective in preventing or resolving them. 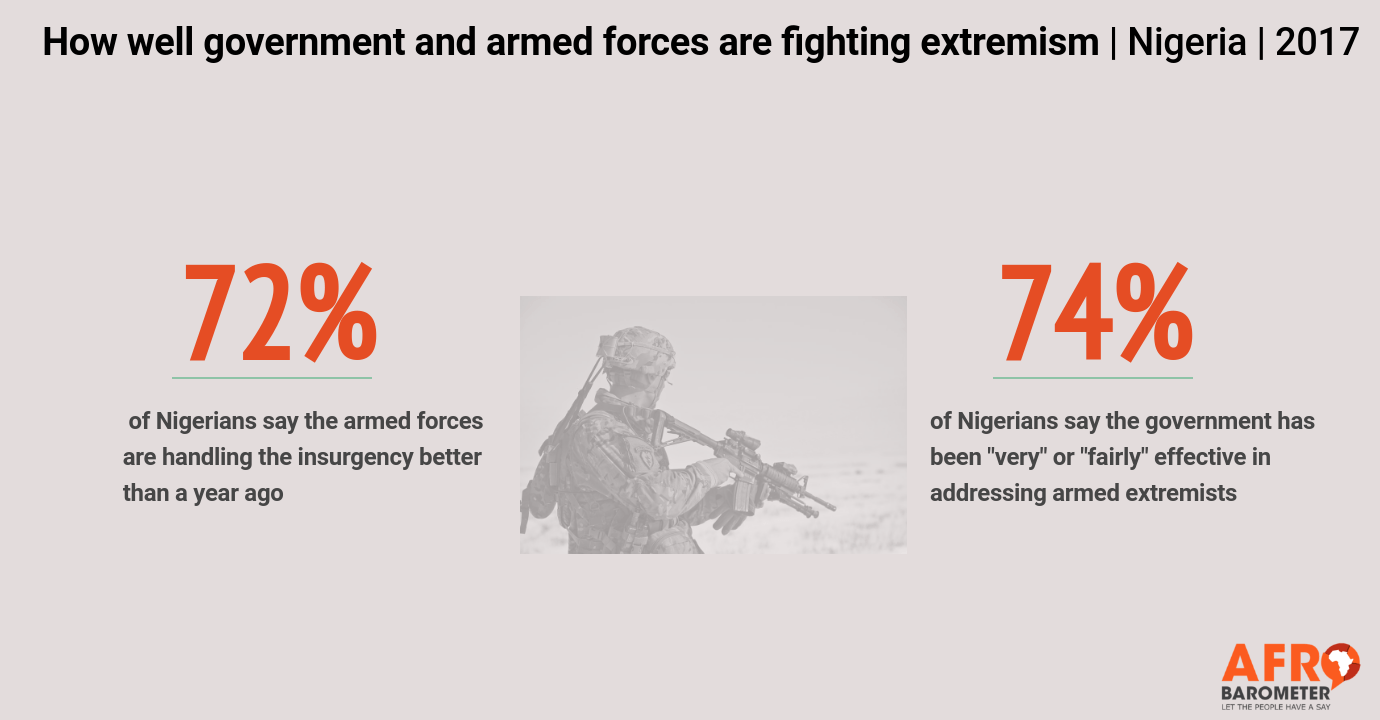 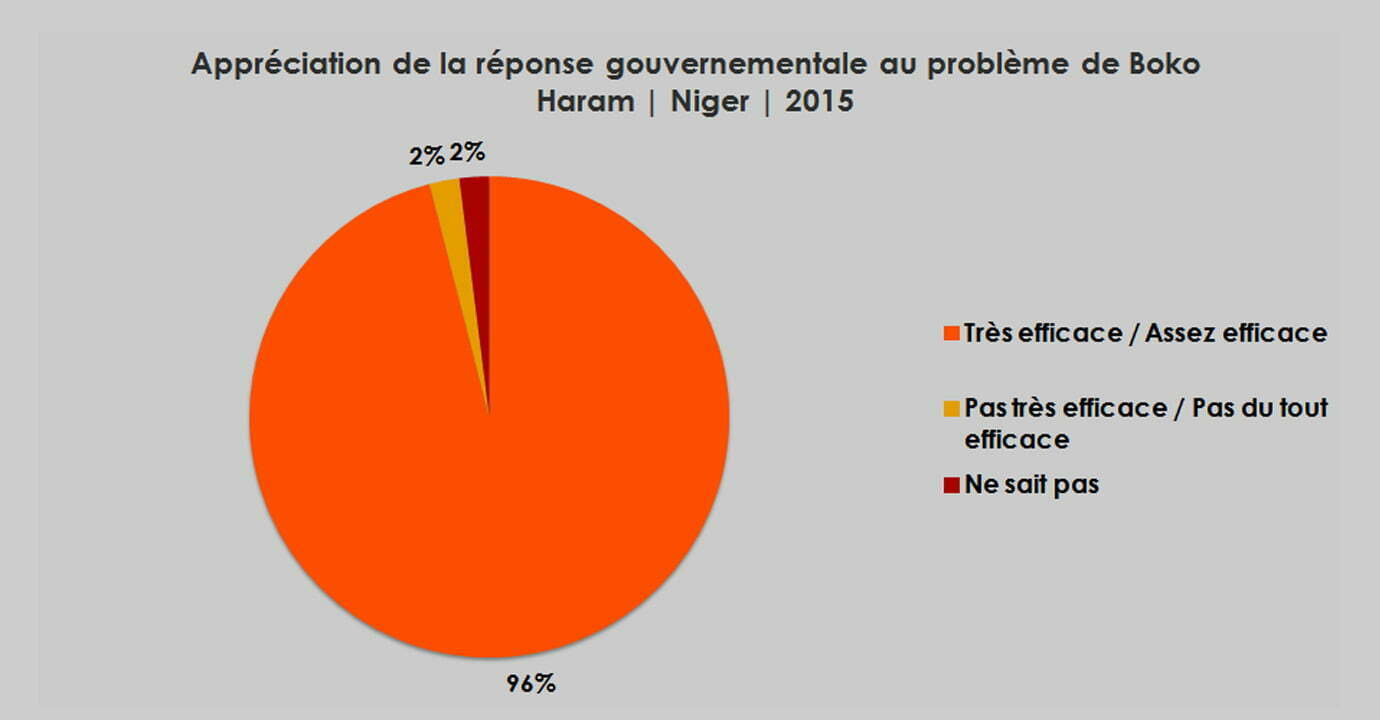