Last August, Kenya made headlines by banning the use of plastic bags (Guardian, 2017) – a drastic measure, but just one of many steps that have moved the country into a leadership role on the path toward a sustainable environment. Among other actions, Kenya – headquarters for the United Nations Environment Programme – has been a strong advocate for the Paris Climate Accord and worked to implement a 2016 Climate Change Act that aims to ensure a healthy environment for its citizens (Bwire, 2017; Capital News, 2017).

Foreign Affairs Cabinet Secretary Amina Mohamed underlined the government’s commitment in a speech to the United Nations General Assembly in September, saying that climate change not only costs Kenya about 3% of its gross domestic product per year but also threatens the livelihoods of millions and the planet’s capacity to sustain life (Capital News, 2017). Kenya has also been grappling with a persistent drought and related food insecurity since 2014 (ReliefWeb, 2017; Niang et al., 2014).

The United Nations (2017) identifies climate change caused by human activity as one of the major challenges of our time, and building climate resilience will require a committed and coordinated effort (Busby, Smith, White, & Strange, 2012).

The most recent Afrobarometer survey in Kenya suggests that the government has a solid popular base for its fight against climate change. About half of Kenyans say climate conditions for agricultural production have gotten worse over the past decade. Two-thirds have heard of climate change, and most attribute the problem to human activity, say it is affecting their lives, and believe that ordinary citizens can contribute to fighting it. Still, these findings suggest there is plenty of opportunity for further public information efforts targeting the substantial number of citizens who haven’t heard of climate change or don’t consider it a problem.

Wairimu Macharia is network digital manager for Afrobarometer, based in Nairobi, Kenya. 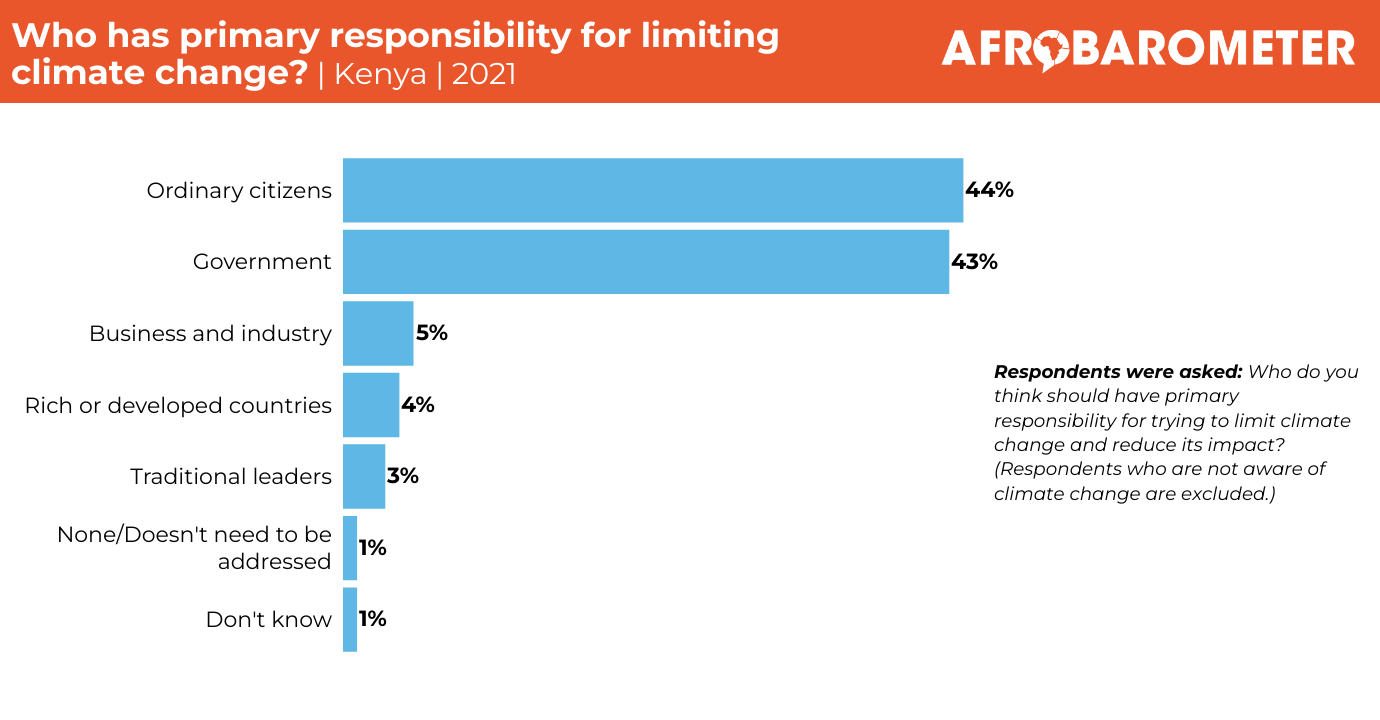