Uganda’s constitution promises citizens a great range of freedoms and rights (of expression, association, privacy, religion, etc.) and charges the government with ensuring public security. When these two priorities – freedom and security – are perceived to clash, debates can become heated between friends, in the news media, in Parliament, and in the courts.

While Uganda’s supreme law recognizes the right to privacy and calls for its protection, the government, citing the need to safeguard the country against crime and terrorism, has ought to increase surveillance of Internet and mobile-phone communications (Privacy International, 2015, 2017).

Critics charge that some of these measures have led to increased restrictions, intimidation, and self-censorship of independent journalists and media outlets (Freedom House, 2016). Opposition leaders and supporters have complained of harassment as well as voter intimidation by paramilitary groups (Saturday Vision, 2017; Human Rights Watch, 2017). Cases have been reported in which police surrounded the headquarters of NGOs and conducted cordon and search operations (Daily Monitor, 2017).

This dispatch examines Ugandans’ sense of security – as individuals in their homes and as citizens exercising their rights and freedoms. Findings from the most recent national Afrobarometer survey show considerable fear and experience of insecurity, as well as substantial concern about their safety in freely expressing their views and engaging in electoral politics. Yet most approve of the government’s performance on crime and of the military’s professionalism. Almost half are willing to let the government monitor private communications, such as mobile-phone conversations, and a majority support government regulation of religious speech in the name of security. 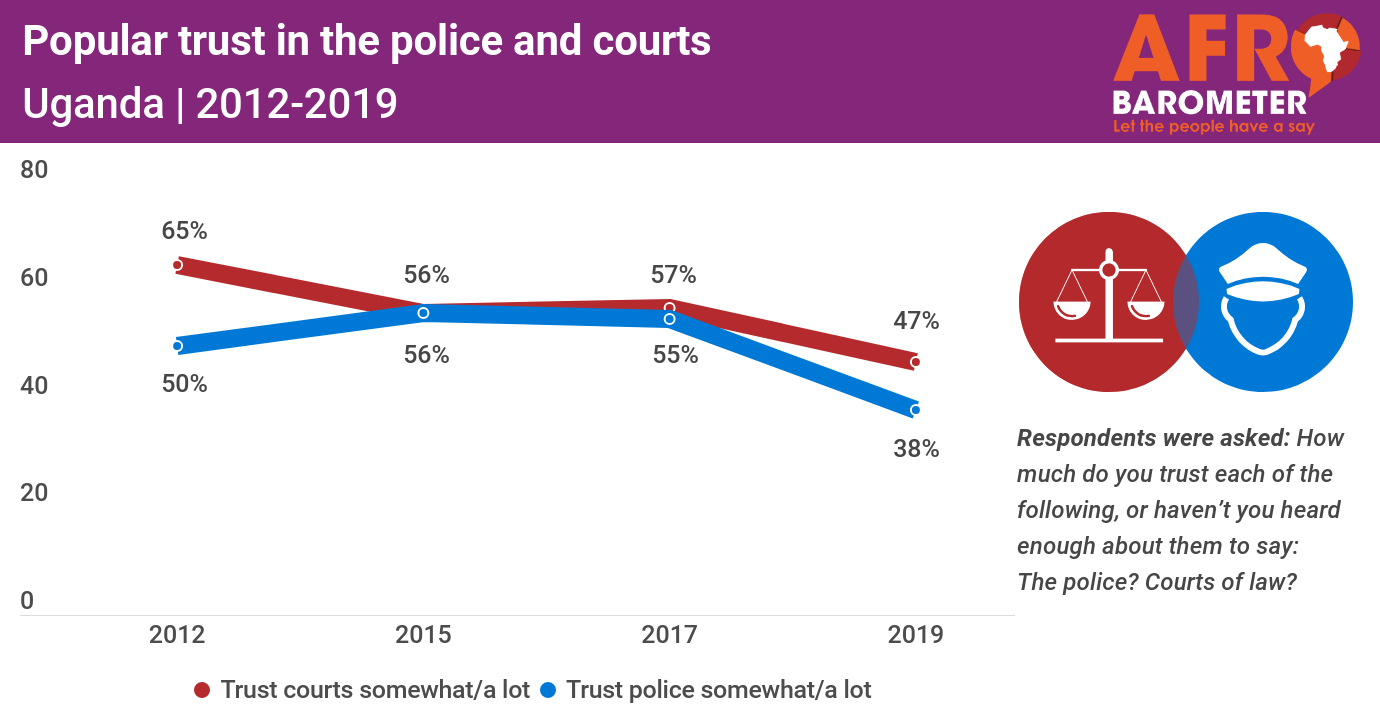